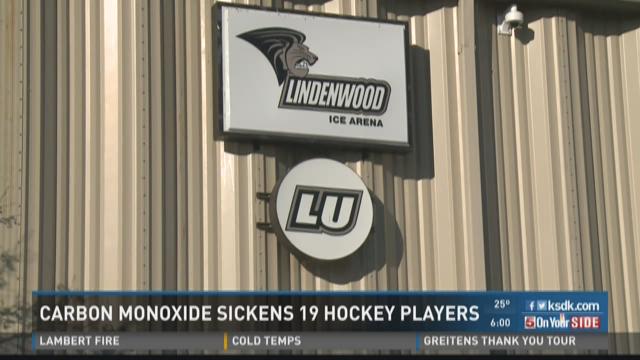 Nineteen university hockey players are recovering from carbon monoxide poisoning after being exposed to the gas at the Lindenwood Ice Arena.

It happened Friday night at a Lindenwood Women's Hockey game.

Eighteen of those athletes play for Lindenwood. One played for the visiting University of Wisconsin. All of them were treated at a hospital after being exposed to Carbon Monoxide while inside the Lindenwood Ice Arena.

According to Lindenwood University's Marketing Director Steve Queen, after the game ended Friday, a few of the Wisconsin players reported feeling sick.

Wentzville Firefighters encouraged the Lindenwood players to get checked out as well and suggested Lindenwood test the arena.

We're told the Lindenwood players were all released from the hospital Saturday morning.

Queen says the leak has been traced to a fault zamboni, but no other information was available.

Saturday's second game between the two teams had to be canceled while contractors searched the arena for the source of the gas.

Marlo added he will be recommending the university install a carbon monoxide detection system.