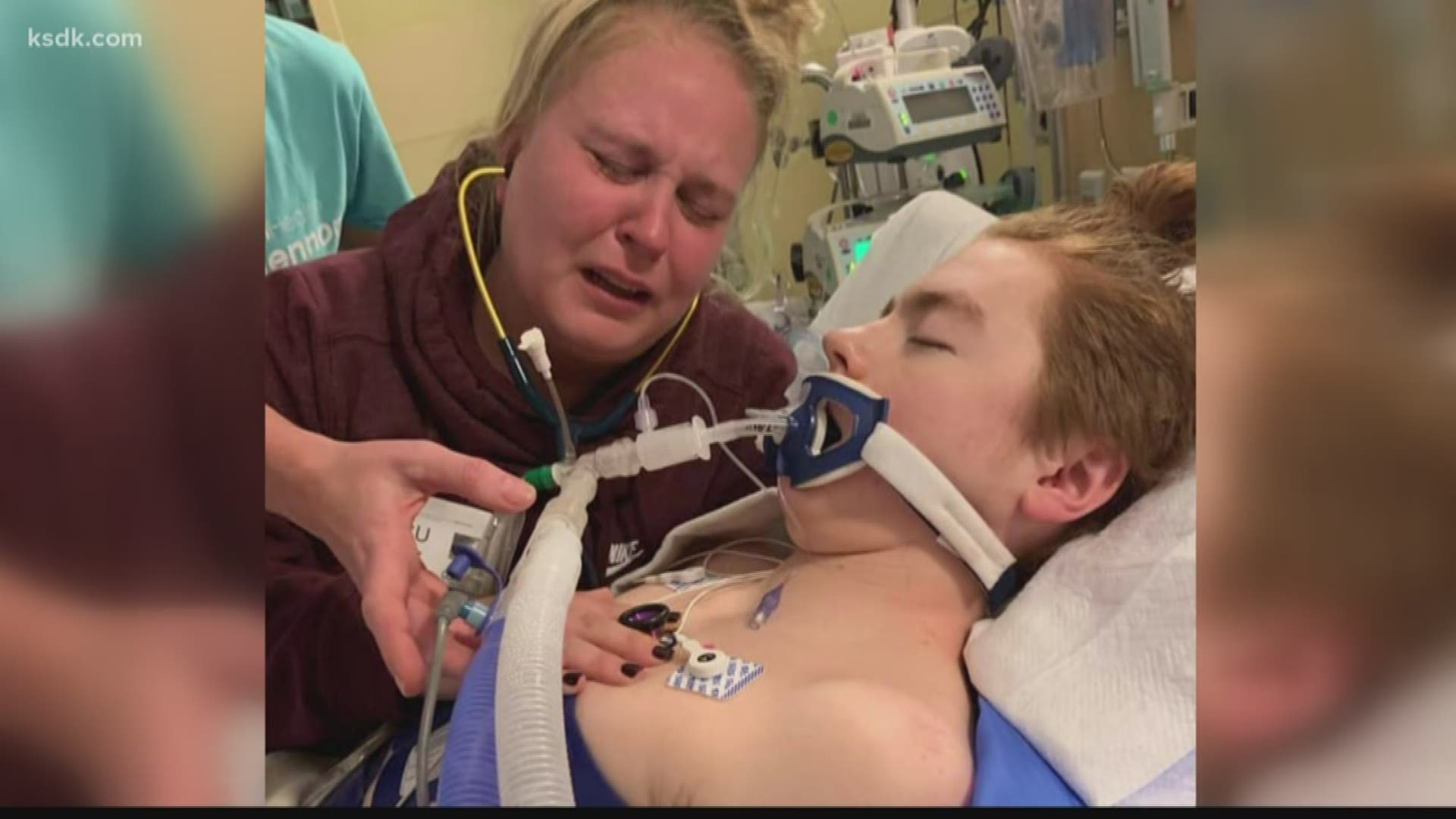 CENTRALIA, Ill. — In a heart wrenching photo, Jaianna Grant is seen listening to her son's heartbeat for the last time.

It's a moment she wanted to share so that people could see what happened to her 13-year-old son, Jaden Krauss.

Back in May, police found Jaden shot in the head. He died two days later.

A few days after that, a 15-year-old pleaded guilty to involuntary manslaughter.

The shooter was sentenced to five years. But he could soon be set free, after serving only six months of that sentence.

"It's just an egregious miscarriage of justice to release him so early," Grant said.

And the 15-year-old shooter wasn't the only one charged in this case.

Two more boys and their mother, Nicole Kirgan, also were charged with obstruction of justice and destroying evidence. Jaden was at their home when he was shot. Their mother pleaded guilty and received 30 months of probation.

RELATED: Homeowner arrested in connection with fatal shooting of teen at sleepover

RELATED: 2 teens charged with obstruction of justice in May death of Centralia teen

"It sucks for everybody involved, especially Jaden. Everyone is out except for the shooter and he has a tentative release date in January. Only six months into his five-year sentence," she said.

That's why Grant is begging the community to sign a petition and write letters. She believes the shooter is a threat.

"It's scary to know that he can get out. The children in our community are in danger; it's not safe for them," she said.

Every day since May, it's been rough for Grant. But it's that final heartbeat that moves her to keep fighting for the justice she says her son has been denied.

On Friday morning, one of the boys involved in the case was arrested for posting a Snapchat video holding a firearm. Centralia police said they learned it was a loaded gun and he was charged with unlawful use of a weapon, a Class 4 felony.

Jaden's mom believes this just shows the kind of threat he and others involved in this case are to the community.

If you would like to write a letter, you can send it to the following address: