Changes on the way for Steinberg Skating Rink's 64th season 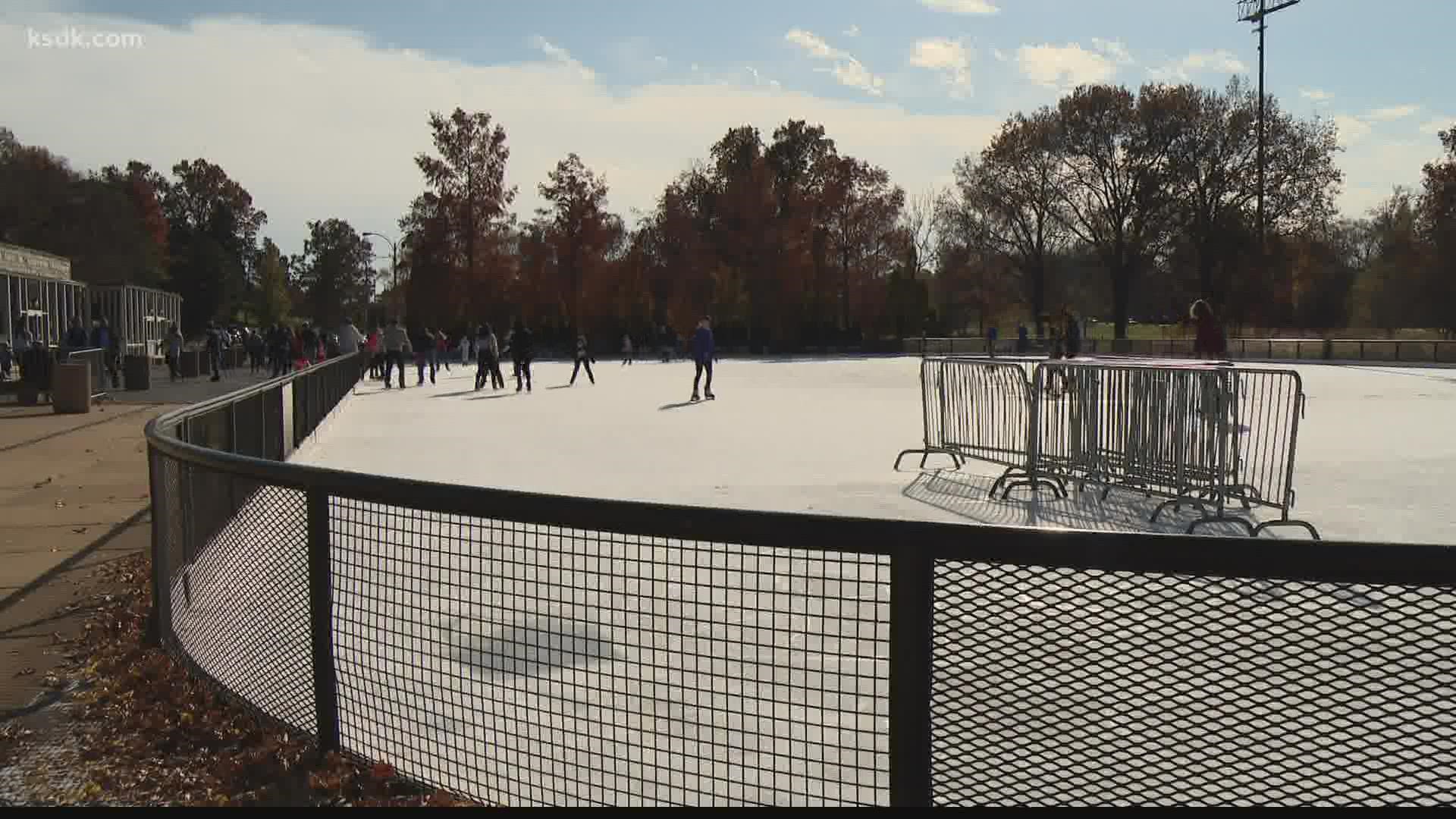 ST. LOUIS — The Steinberg Skating Rink is the largest outdoor rink in the midwest, and the new operators have big plans to improve it.

This will be the first time in nearly two decades the rink is undergoing major changes.

The temperatures may be hovering near the 60s, but that didn’t stop the Steinberg Skating Rink from opening for its 64th season.

“Ice is looking good,” said Raymond Henderson. “It blows my mind how they’re keeping it cold. It’s kind of a warm day, but they got it all situated for us.”

“We’re really good at making ice,” said Tom Hillgrove. “At the end of the day, that’s your product.”

It's a product that Tom Hillgrove is aiming to improve in his first year after his company, Rink Management Services, took over the city’s favorite place to skate.

“This is a great rink,” said Hillgrove.

That’s why he’s looking to sharpen the experience in other areas by buying more than 300 new skates that he says will make novice skaters look like pros.

“Good skates are one of the foundations of having a good skating experience,” said Hillgrove. “The thing we do a little different than other people is we’re maniacal about skate sharpening.”

“I haven’t fallen yet so that has to speak for something,” said Henderson.

But the first thing Raymond Henderson noticed was how the quality of the ice has improved.

“They’re definitely keeping everybody safe with the constant Zamboni keeping the ice as smooth as possible,” said Henderson.

With seven certified ice technicians on staff, it’s smooth skating inside the rink, but the biggest difference most people will notice is inside with the concessions.

Foodservice operator Darryl Jones said they’re still trying to work out some kinks in the system, including supply chain issues, but he’s getting by with a limited menu for the time being.

“Monday we’ll have the hot chocolate up and running so it will be here for at least Thanksgiving," said Jones.

While they slowly transform the rink into a winter wonderland, they believe these tweaks will all add up to one thing.

If you want to slide to the front of the line there is a new system to make reservations online.