Christian Ferguson would have been 26 years old 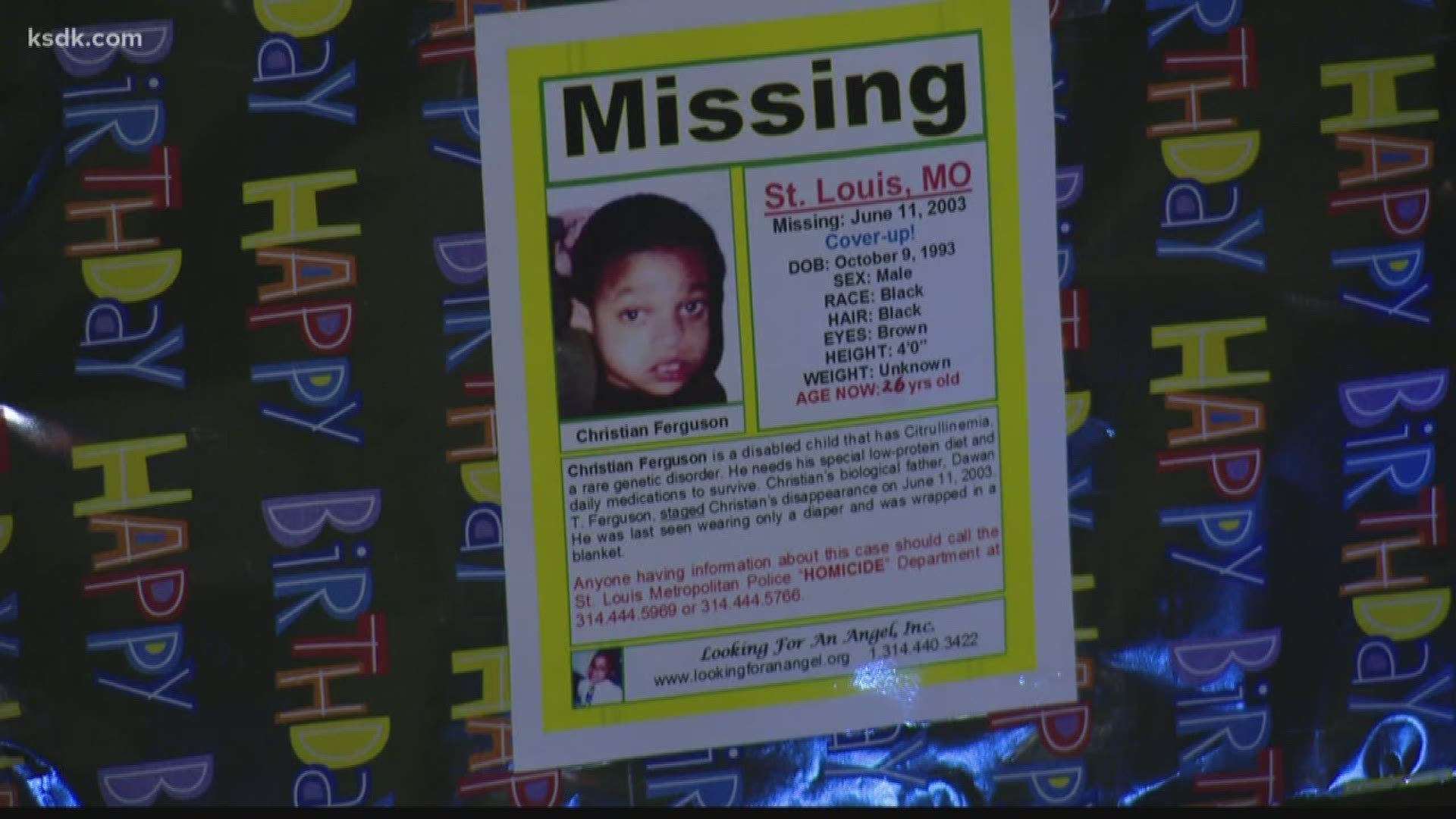 In 2003, Christian's father Dawan, who had custody of him at the time, called police and said his son was missing. He told police he was on a pay phone on Page Boulevard, right near the border of St. Louis and Wellston, when his SUV was stolen. He told police Christian was sleeping in the backseat.

The SUV turned up two hours later, on Ronbar Lane in Ferguson. But there was no sign of Christian. Police and volunteers searched frantically trying to find Christian. They knew he suffered from a rare metabolic disorder that left him severely disabled.

On Oct. 4, Christian’s father, Dawan Ferguson, was charged in his death. He was charged with one count of first-degree murder.

According to the probable cause statement, Dawan failed to provide Christian with the proper nutrition and medication from January 2001 through June 2003. Detectives said they were informed Christian would likely have died within 48 to 72 hours without proper medication.

Christian’s body has not been found.

RELATED: Man shot by teens after crash in north city