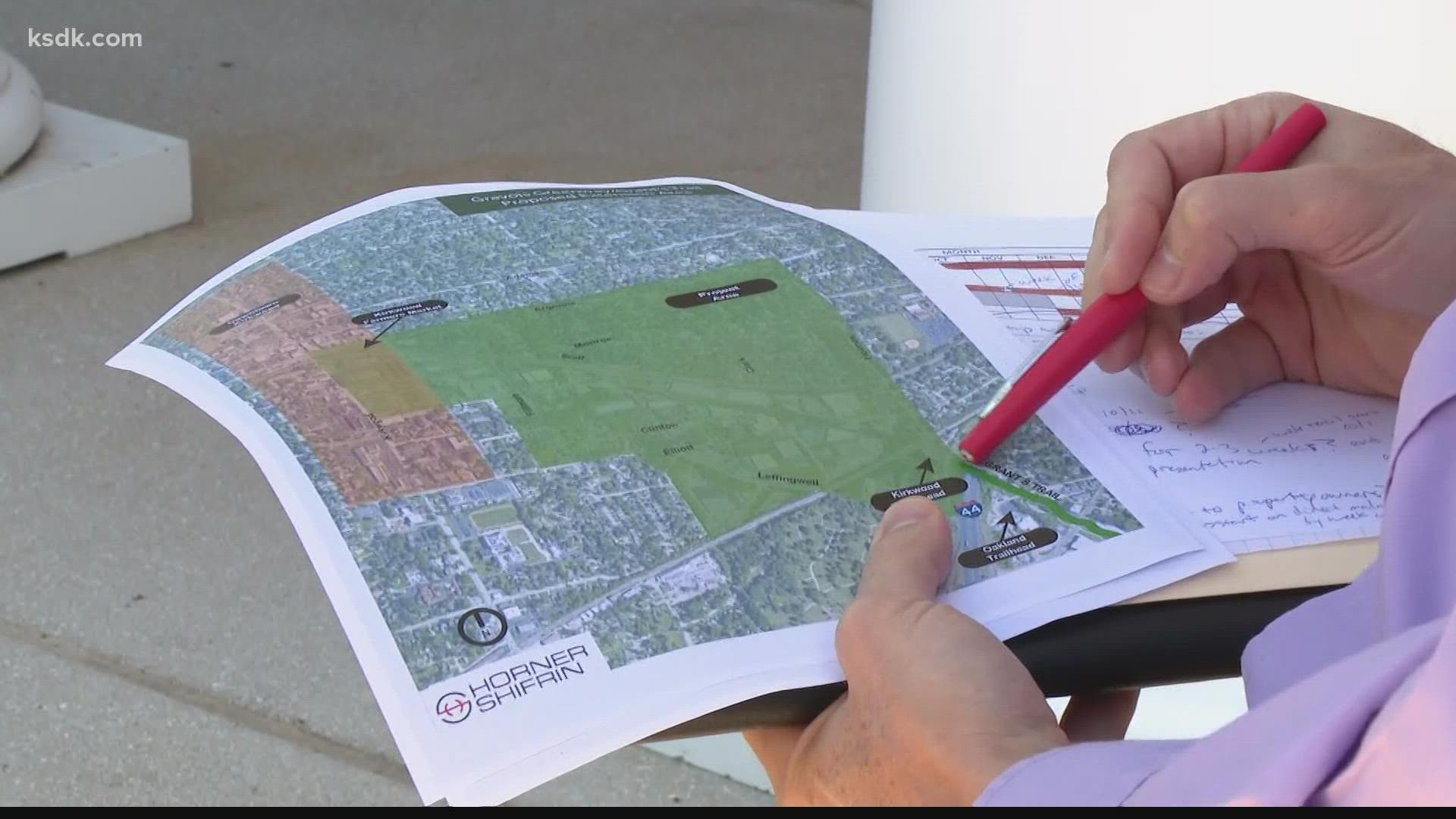 "We're coming in with no pre-determined route," said Raiche. "We really want to hear from the public on where they think it should be. Where they would be comfortable using it and how it should look."

Grant's Trail is an old railroad bed that was converted into a trail. There are abandoned tracks they can use, but there are other areas that run into private properties through neighborhoods and active railroads.

"Kirkwood is built out. You know, there's not a lot of green space. We're going to have challenges with property, but that would be addressed once we identify our preferred route and what people want to see then we'll tackle those problems as they come," Raiche said.

They're hoping people like Amy Prusinowski and Christine Butler will give their input on where the extended path should go.

"It would be nice especially with little ones or people with families to be on a more safe path," said Prusinowski.

"I think it will make people want to come down here more," said Butler.

Once the city gathers all the feedback from the public, they plan to map out one preferred pathway by February.

"I would like it to do as little damage to other properties and I'd certainly wouldn't like imminent domain where they take it from people," said Butler.

"I would personally pay more for a home if I could hop on a trail quickly, and I know active families or active people would love that. I don't think it would be a detriment at all," said Prusinowski.

It will take a couple of months to come up with three potential pathways.

The city will present those to the public again before they decide on one by February, then city leaders will apply for a federal grant.

The project is in the early stages, Raiche says construction won't come for a few years.

To see an interactive map of the projected area for the pathway visit the City of Kirkwood's 'Streets are for Everyone' webpage.