There have been several shootings in the area in the last month, but the owner says they are being unjustly blamed. 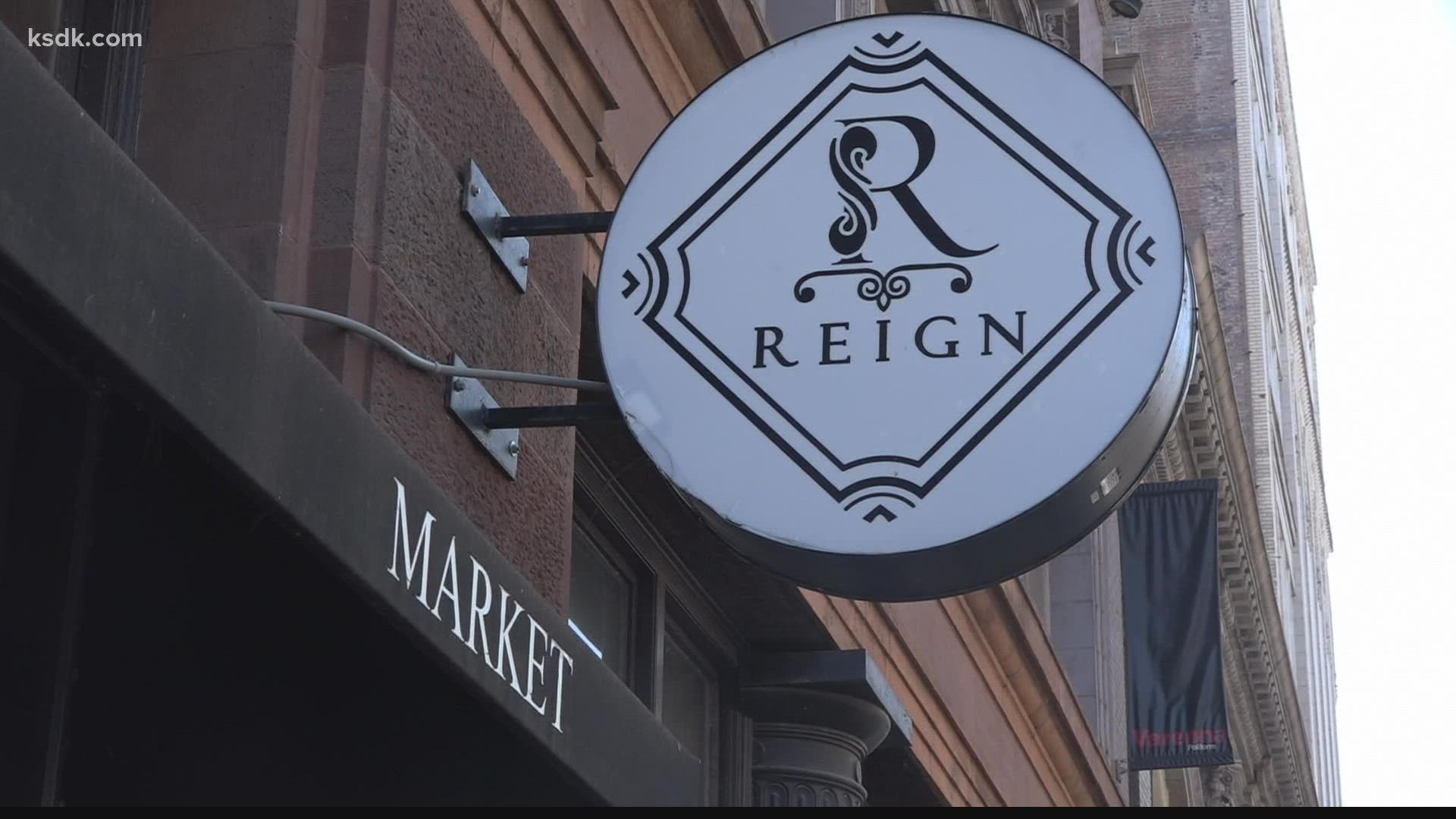 Reign Restaurant has been the scene of several shootings in the last year, and the City of St. Louis is trying to close the establishment. A hearing was held Friday regarding its liquor license.

Myles E. McDonnell, Excise Commissioner, suspended the license Friday night, pending the completion of the inquiry into the venue.

The city presented evidence in the hearing including surveillance video of a shooting that happened near the club in December.

MORE: Hearing on Reign Restaurant scheduled for Friday after a spike in crime

An order from the city also states restaurant staff was not cooperating with the police. According to the city, surveillance video was withheld from authorities, even though there were several cameras present. At the hearing, Reign did not rebut that statement.

The documents goes on to say, "It is clear that Reign staff did not 'cooperate with law enforcement authorities during the course of any investigation of a violation of any law.' This failure is compounded by the reasonable suspicion that the video cameras were tampered with prior to the officer’s execution of the search warrant."

The NAACP says that the video of the December incident is misleading and the shooting happened east of the Reign, and those involved moved down the street to in front of the club, which was closed at the time.

A Reign security guard came outside to stop the fight. Reign's owner says the crime trends were happening long before she opened her business.

Alderman Jack Coatar says Reign is at the root of most of downtown's violent crimes and it needs to be shut down.

The next hearing is set for September 27th.

After the hearing, the NAACP issued a statement:

If the opening of the City’s case against Reign Resturant is a reflection of the City’s transparency than all black businesses are in trouble. The City led off with a video of a argument and shooting that occurred outside of Reign Resturant December 20, 2020 as justification to why Reign Resturant should lose its liquor license. The video showed a story that was half true for it was not a reflection of the what actually occur that night. Only under cross examination of the City’s witness (a SLMPD Detective) by Reign’s attorney did transparency take place. The Detective confirmed that what actually happened on that cloudy by mild December night that several males were in an altercation east of Reign Resturant and as they moved from down the street in front of a closed Reign Restaurant, Reign’s security went outdoors to defuse the altercation which subsequently ended in gunfire and a victim being shot outside of Reign and pulled inside to await medical attention. None of the persons involved in the shooting were ever in Reign Resturant and the off-duty police officers hired by Reign had already left because the Resturant was closed. Why not tell the whole story? The City has a responsibility in matters in which it is the Judge & Prosecutor to ensure that all the facts are a part of the record. Ironically, even our local daily newspaper posted a story after the hearing leading off with the video in question but failed to tell the whole story. There were other very telling facts disclosed by Reign’s attorney that seem to not make it into press coverings related to Reign; such as the fact that this stretch of Washington Blvd has seen close to five-hundred calls for service from January 1, 2019 - June 28, 2021 consisting of rapes, shootings, carjackings, armed robbery, etc. etc. etc. It is no secret that minority owned food & beverage establishments have significant hurdles is securing liquor licenses in certain parts of our City; and Downtown St. Louis is no exception.

RELATED: 'It's not Reign's fault': People react to recent shootings on Washington Avenue