Ronald Taylor had been stuck at Mill Creek for two days before police were able to locate him.

CLARKSVILLE, Ind. — Three Clarksville police officers went "above and beyond" on their search for a missing person, saving a man who had been stuck in a creek bed for two days.

Gus Corolois called police Monday, September 30, to report 31-year-old Ronald Taylor missing after he was last seen the day before. Corolois said he was supposed to meet Taylor to help fix his car. When he showed up he only found the vehicle still running and Taylor's phone inside.

Police Chief Mark Palmer said officers John Miller, Erik Laasanen and Jason Reed were searching for Taylor near Randolph Avenue when they found some of his personal items.

They led a search along the nearby Mill Creek on ATVs and, before they were about to leave, found Taylor along the creek bed on Tuesday, October 1. Laasanen spotted Taylor behind a tree.

"I said 'Ronald!' He was a little distraught, didn't know where he was at, and was very confused," Miller said.

The officers said Taylor had fallen down the hill and could not climb back up due to a walking disability.

"When we saw him sitting right there alive it was a sigh of relief because you don't get that many opportunities to encounter that," Officer Erik Laasanen said. "It was definitely a good feeling."

The officers believe Taylor had been there for two days, suffering from medical issues and dehydration, and had blacked out for periods of time.

"I truly believe that we are fortunate to have located Mr. Taylor when officers did or this story may have had a different ending," Palmer said in a Facebook post.

The officers say it is just another reminder why they put on their uniform every day.

"At the end of the day that's all I could ask that we came together as a team and we were able to find this guy and he's alive," Miller said.

The three officers will receive the Life Saving Award at a recognition during the town council meeting October 15 at 7 p.m. 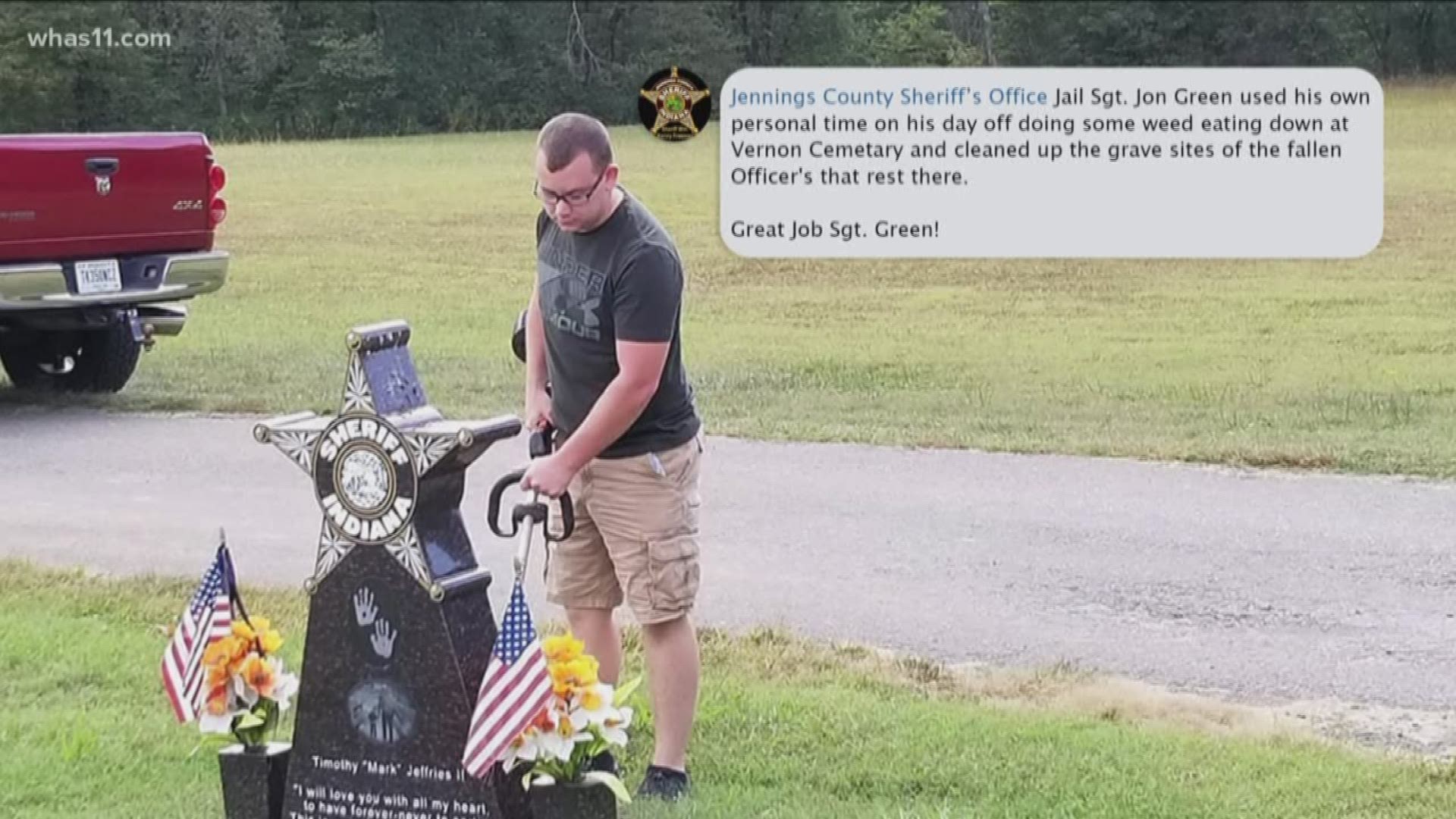