The dog was on a leash, but thanks to Johnny Mathis, was able to escape a dangerous situation. 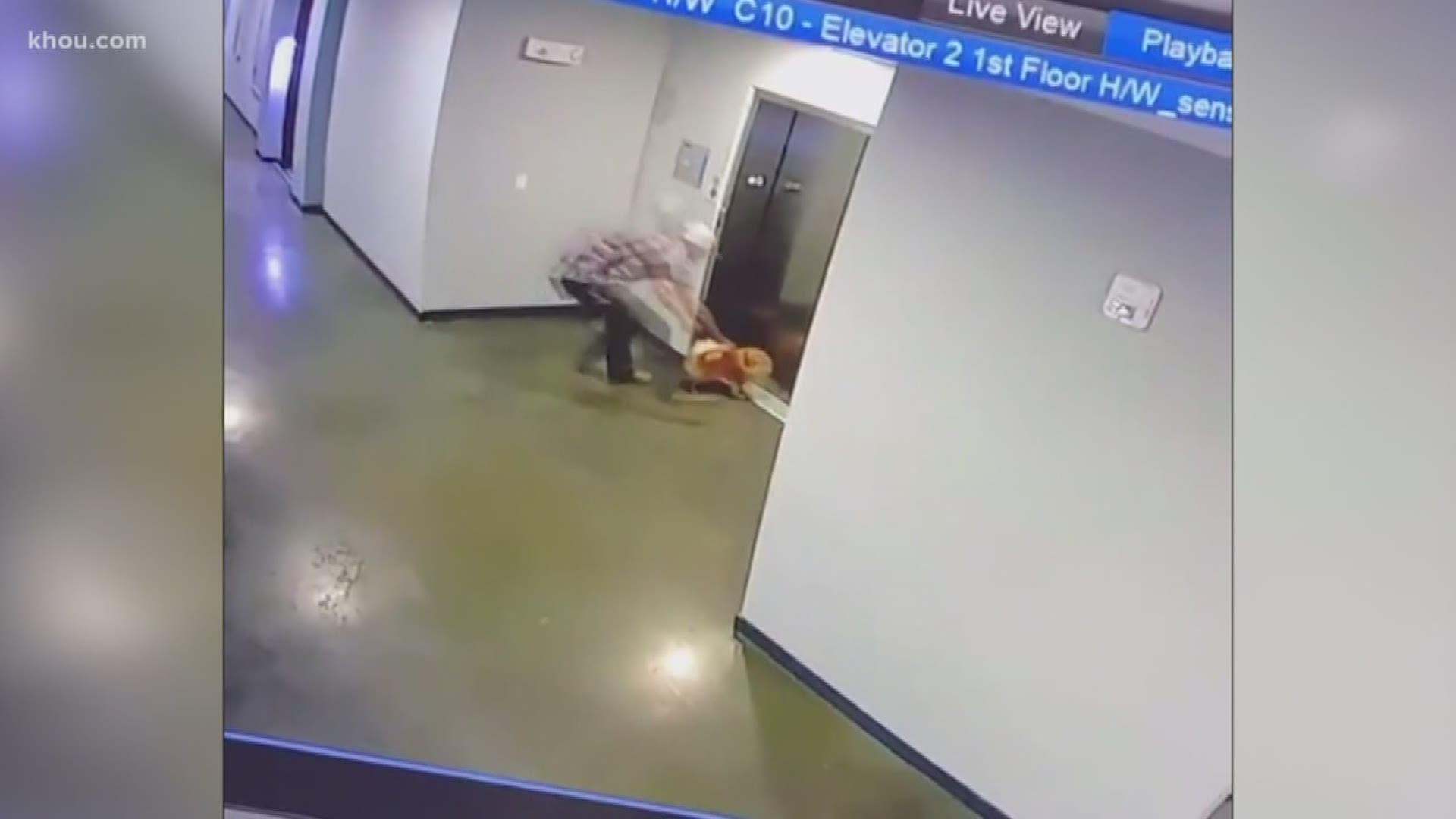 HOUSTON — Johnny Mathis, who goes by the Twitter handle @Johnnayyeee, is being heralded as a hero after he saved a dog from potential death earlier this week.

He said the incident happened on Monday and he got surveillance video of what happened on Tuesday. When he posted it to Twitter, it took the internet by storm.

In the video, you can see a woman walking her dog toward an apartment elevator.

Mathis is seen getting off the elevator as the woman gets on.

The problem? The woman's dog didn't make it before the doors of the elevator closed.

The dog's leash was trapped between the doors and the elevator started moving, putting the dog in a very dangerous situation.

Luckily, Mathis sprung into action and grabbed the dog and took off its leash.

Mathis said the woman started screaming as the door shut and was crying when she returned to the floor to check on her dog. He said she was thinking the worst.

According to Mathis' profile, he lives in Houston.

RELATED: Man who climbed 19-story Philadelphia building during fire was looking for his mother