Americans can help end modern-day slavery by choosing to buy products they know are ethically and humanely sourced, according to U.S. Customs and Border Protection 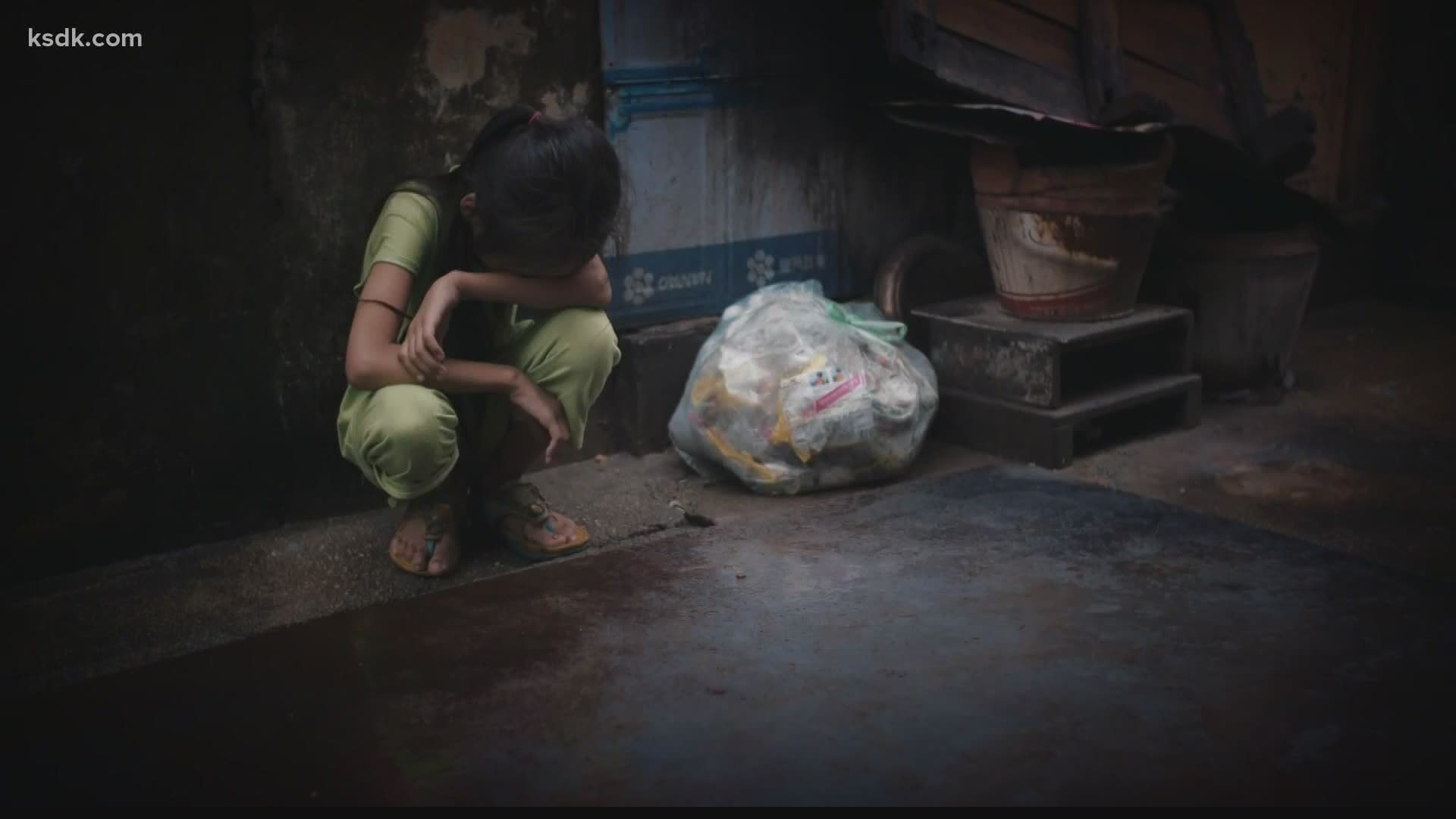 ST. LOUIS — January is National Slavery and Human Trafficking Prevention Month and U.S. Customs is using this month to send a message.

The agency is banning imports of a popular ingredient in almost half the foods and products on supermarket shelves right now: palm oil.

From bread, to cheese, to Girl Scout cookies and even soap, check the ingredients on almost any common household item and you'll see 'palm oil' in the fine print.

“It’s in probably half of the different products that are available on our grocery store shelves,” said Ana Hinojosa, Executive Director for Trade Remedy & Law Enforcement at U.S. Customs & Border Protection (CBP)

Now, CBP is taking a stand against at least two of the biggest Malaysian producers of palm oil, by banning their shipments from entering the U.S.
Hinojosa helps investigates allegations of forced labor in the production of imported goods.

“It's pretty safe to say that concerns around the use of forced labor in the palm oil industry have been voiced for quite some time for a number of different years,” said Hinojosa, who says CBP has also received tips about forced labor from government agencies and human rights groups in the area.

Credit: U.S. Customs and Border Protection (CBP) personnel at the Los Angeles/Long Beach Seaport detained a shipment of women’s gloves under a September 2020 Withhold Release Order. The gloves are suspected to have been made with forced labor in China’s Xinjiang region. Federal law prohibits the importation of merchandise mined, manufactured, or produced, wholly or in part, by forced labor. Photos by Jaime Ruiz

According to the International Labor Organization (ILO), more than 25 million people around the world are victims of forced labor. ILO published a checklist of 11 main indicators of forced labor.

“Excessive overtime. Deceptive practices where the worker was recruited under the impression that the work was going to be one thing. When they arrive, the conditions on the ground are completely different from what they they were recruited under,” said Hinojosa. “Others are violence, physical violence, sexual violence and retention of their identity documents. They can't leave the work.”

In the last fiscal year, CBP has issued at least 13 other 'withhold release orders' against companies accused of using forced labor or child labor in the manufacturing of products.

The CBP keeps a List of Goods Produced by Child Labor or Forced Labor. The list contains 155 goods from 77 countries, as of September 30, 2020.

Credit: Officers of Customs and Border Protection (CBP) Office of Field Operations (OFO) at the Port of New York/Newark inspect a shipment of hair pieces and accessories from China, part of which is suspected to have been made with forced or prison labor in violation of U.S. Law

China & the impact on the US economy

Almost half of the products customs identified as being produced by forced labor in 2020 were made in China.

In early 2021, CBP stopped the import of certain cotton products and tomato products produced in Xinjiang, China. The halt was based on information that detainee or prison labor was being used to manufacture the products.

“CBP will not tolerate the Chinese government’s exploitation of modern slavery to import goods into the United States below fair market value,” said CBP Acting Commissioner Mark A. Morgan. “Imports made on the cheap by using forced labor hurt American businesses that respect human rights and also expose unsuspecting consumers to unethical purchases.”

CBP found workers in Xinjiang, China, were in isolation, not being paid, not allowed to leave and were living in abusive living and working conditions. These products manufactured by forced labor in this region include apparel, textiles, tomato seeds, canned tomatoes, tomato sauce, and other goods made with cotton and tomatoes.

“They are actually undercutting other legitimate businesses. They're not protecting the worker rights, they're not spending the amount of money that it takes in order to provide a reasonable and humane way for people to work,” said Hinojosa.

According to CBP, products created from child labor are made in at least 77 countries and include things like produce, artificial flowers, carpets and cotton products, to name a few.

“I think many consumers around the world are asking their governments why they're not being more proactive in stopping goods produced with forced labor from coming into their markets because most consumers are very concerned about what how the how the products are made,” said Hinojosa.