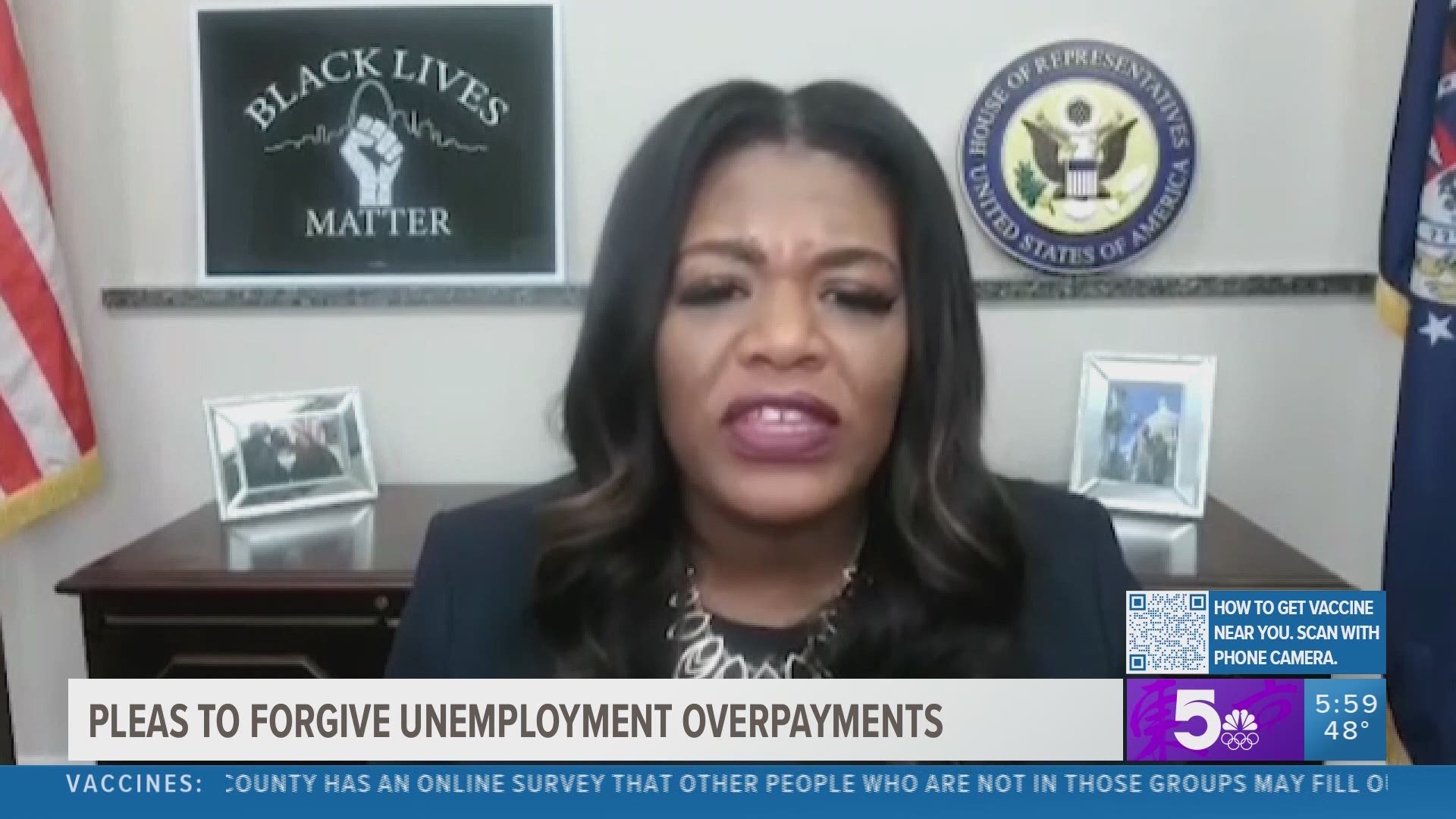 Valerie Dilbeck is one of the thousands of Missourians Bush is talking about. The new mother is proof that being a mom is a job that offers no time off.

Her son, Killian, was born at the onset of the pandemic. Shortly after giving birth, she was fired from her job.

"I called my job to make sure I still had it, and they said, 'You were fired for not showing up,'" said Dilbeck.

So Dilbeck says she filed for unemployment and soon what was meant to be the happiest time of her life became a never-ending nightmare.

The Missouri Department of Labor said she owes the agency nearly $14,000.

"I got this money until I could be able to find a job so I could provide at least a little bit for me and my son. It is not fair that I have to pay back all of this money," Dilbeck said.

Dilbeck is one of more than 46,000 Missourians now in debt to the Show Me State. Other states, like Illinois, have decided to offer waivers for overpayment, but not Missouri.

"I don't think we're going to do a blanket policy where we just say everybody gets the money back without having some sort of ability to be able to check in case the system was utilized for fraud or something like that," Republican Gov. Mike Parson said during a briefing on Thursday.

"He is actually hassling our community our people for money they already spent," said Bush.

Since Bush is working at the U.S. Capitol, state legislators like Sen. Brian Williams are working in Jefferson City to pass legislation to forgive these payments.

"We need to be clear that unemployment benefits are earned by people when they are working," said Williams, who, like Bush, is a Democrat.

While lawmakers are pleading with Parson, Dilbek called the Department of Labor in an effort to appeal for the third time. An automated message told her it would be almost an hour before she would be able to discuss her case.

An hour and seven minutes later, Dilbeck left the call with no answers and little hope.