Jamie Schmidt was shot and killed in the shocking crime last November. Now, for the first time her husband Gregg is speaking out. 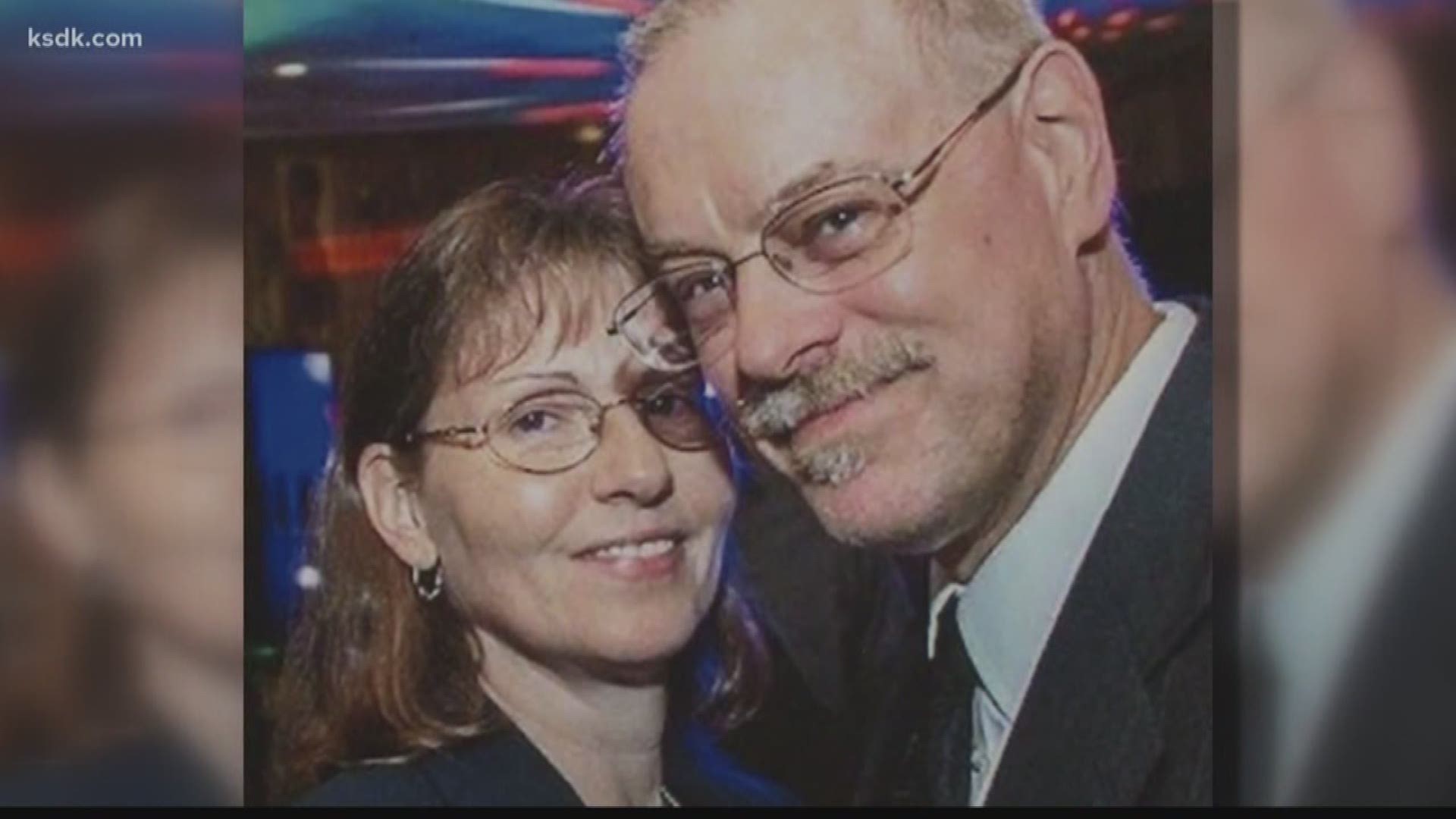 HOUSE SPRINGS, Mo. — For Gregg Schmidt, even when the tears aren't in his eyes they are in his heart.

"I want him to realize what he's taken from everybody," he said of Thomas Bruce.

Last November, his wife Jamie was shot and killed in a Catholic Supply store in Ballwin.

Police say Bruce, 53, entered the store pretending to be a customer, left, then returned with a gun.

He is accused of making the three women in the store take their clothes off, then for two of the women to perform sex acts. Prosecutors say he killed Jamie when she refused his demand.

Jamie Schmidt is still very present in her House Springs home. She was a gifted artist and in addition to dozens of paintings, she turned the basement playroom into a castle for her kids.

And after a trip to the Vatican, she spent a year painting a Garden of Eden above the living room.

"I always call it her Sistine Chapel," Gregg said.

Jamie and Gregg were high school sweethearts and faith was always their guiding light.

"I believe she was at the Catholic Supply store to buy some more crucifixes to make rosaries," he said.

Jamie was making the rosaries for the other women joining her on an upcoming Church retreat.

Last November, Gregg was at home when he heard a vehicle in his driveway.

"I look out there and I saw the police car and I knew something wasn't good," he said.

"I don't really know what was going through my mind. Hurt, pain, sadness, hoping it wasn't real."

Bruce has pleaded not guilty.

"Even to this day, I haven't really focused on him," Schmidt said. "I've been more focused on my family, you know what we're missing. I don't have hate in me for him. I don't have love for the man and I've struggled with trying to forgive him."

It could still be many months until the case goes to trial.

When asked if he wants to be in the courtroom, Gregg is still torn.

For now, the Schmidt family finds comfort in memories and not just of Jamie's painting.   She also sang in the church choir and on Easter, Gregg posted a video with Jamie singing a special version of Hallelujah.

"I left the first part in it because of her laugh. I miss it," he said.

Gregg Schmidt said while every day is painful, he and his family are also grateful and thankful for all the support they've received from people all over the St. Louis area.

"Say what you will about St. Louis but there's a lot of love out there too," he said.

RELATED: Catholic Supply shooting victim was the 'glue that held her family together'