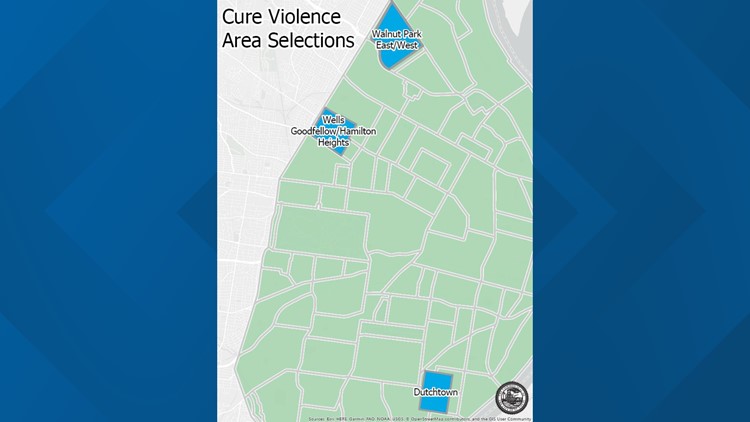 Photo by: City of St. Louis

ST. LOUIS — The city of St. Louis has announced three targeted areas for its new Cure Violence initiative, aimed at preventing violence in the city.

Cure Violence is a Chicago-based non-profit that treats violence like a disease with a three-pronged strategy: find and interrupt conflicts, find and treat high-risk people and change social norms in violent communities.

The Board of Aldermen approved $5 million in funding for the violence prevention program in October.

The city chose the locations based on crime analysis data from the St. Louis Metropolitan Police Department, Long said.

The St. Louis City Department of Health will be in charge of the initiative.