Could the Grand Prairie cobra reproduce? The Dallas Zoo answers the tough questions 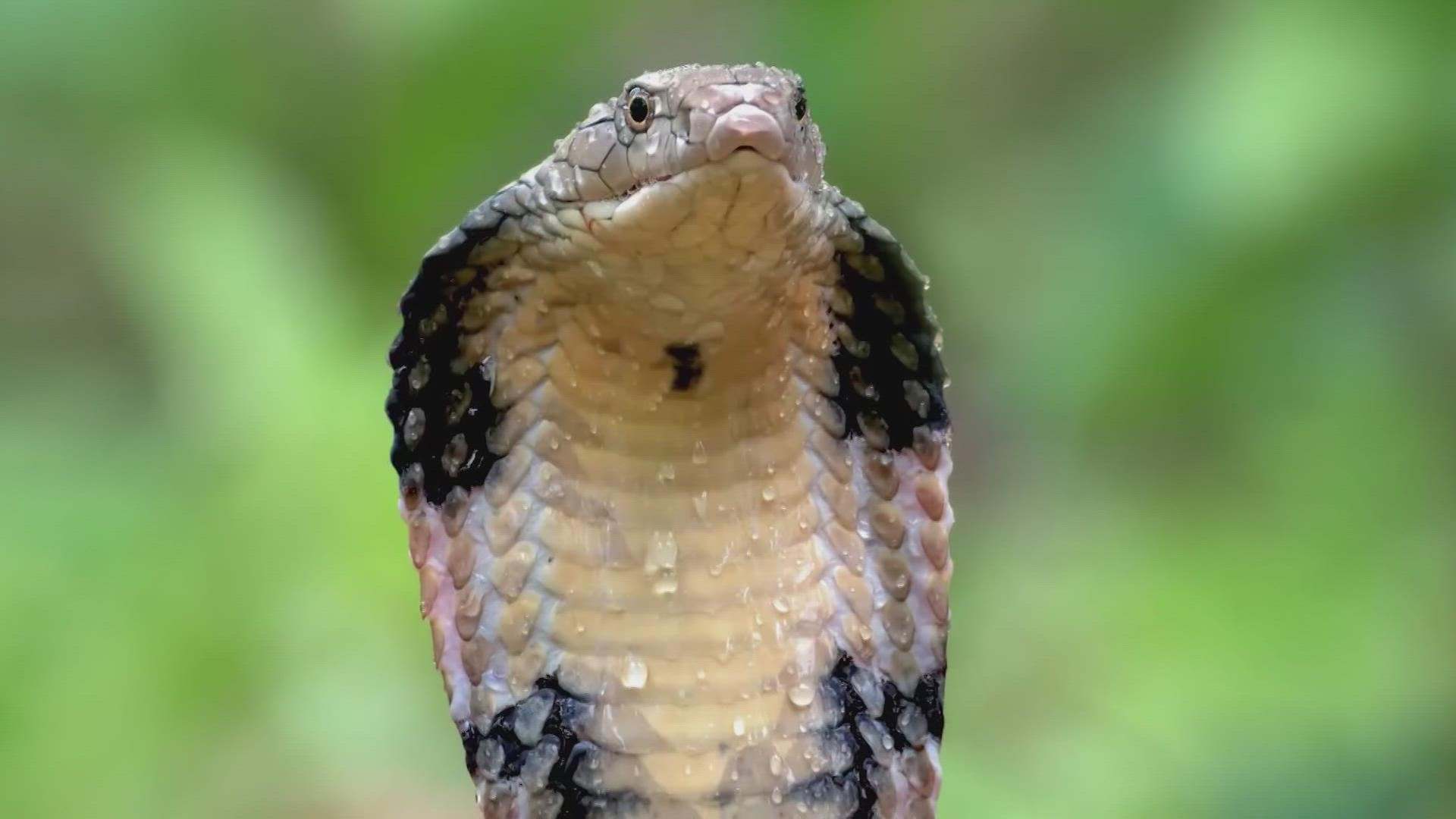 DALLAS, Texas — The Dallas Zoo said Friday that it's been assisting officials in Grand Prairie, as they search for a deadly West African Banded Cobra that escaped from its owner and hasn't been found.

The highly venomous snake slithered away from a home in the 1800 block of Cherry Street and could be in the area.

Mat also said he has a license for the animal and legally obtained it via state laws.

Traps were laid Thursday, and neighbors were concerned about children and pets being bitten.

Some good news, the Dallas Zoo has antivenin on hand for cobra bites and told WFAA Friday that it would likely be available to anyone who might be on the wrong end of a strike.

The Associate Curator for Birds and Ectotherms, Laura Wandel, also said the zoo is consulting with the city and wildlife officials on where the snake might be.

"It doesn't want to be around people, that's for sure," said Wandel.

Wandel has extensive knowledge of cobra snakes and works with the handful that the Dallas Zoo takes care of.

One of the cobras in his care is very similar to the one that's missing.

"We're usually called when exotic snakes are found at people's homes, and law enforcement needs help removing them," Wandel said. "This is another story."

However, the West African Banded Cobra will also seek sunshine when needed.

"Since it can't generate body heat, the only time you might see it outside is when it needs to sun itself or if it's looking for shelter," Wandel said.

RELATED: The Grand Prairie cobra is on Twitter now and sparring with a mongoose, because of course it is

Curious Texans are getting in some good questions online, however.

Wandel said she'd be happy to answer them, so WFAA asked.

Some snakes, like vipers, can reproduce asexually or without a mate. Is it possible for this cobra to pop out more?

Wandel said it's improbable that this particular cobra will reproduce copies of itself unless there's another one to mate with.

"There have been cases of asexual reproduction in some snake species, but a single cobra on its own is incredibly unlikely to reproduce just spontaneously."

But what about this cobra crossbreeding with another Texas snake? Is it possible to see a "Cobrattler?"

"There are some cases where snakes in the same family may interbreed or crossbreed, but there needs to be another cobra for this one to reproduce."

Day three of cobra watch ends with a sigh of relief.