Data shows flu is hitting STL harder than any other city 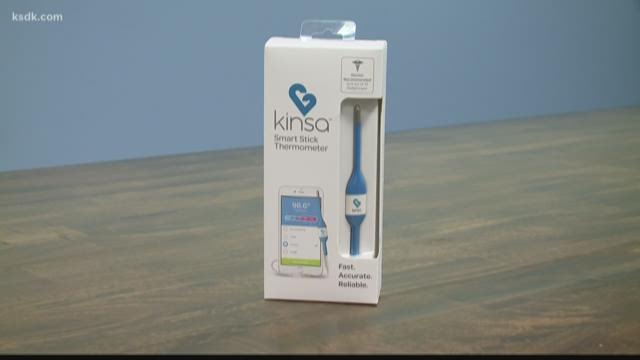 ST. LOUIS — The flu epidemic may be worse in St. Louis than anywhere else in the country.

Right now there are an estimated 12 million cases of the flu nationwide, and the highest rate of the illness is right here.

That finding comes from a piece of technology you may have in your own homes. It's called a Kinsa smart thermometer, and it can see the real-time trends in sickness across the country from the data received by its one million users.

Users read their temperatures through a thermometer connected to their smart phones and they can click what symptoms they’re experiencing for personalized advice and to contribute to the company’s symptom-tracking system.

“We are able to aggregate early indicators of illness, able to see when illness is striking, where it's spreading,” founder and CEO Inder Sigh told 5 On Your Side.

He says their findings show the flu or flu-like symptoms are hitting St. Louis hard.

"In St. Louis, in particular, which is our sickest city that we're seeing right now, we're seeing 5.2 percent of the population is ill. It's concerning. This is a pretty high level of illness.” he said.

The company’s data show Missouri is also the sickest state in the nation, with 5.2 percent of the population reporting flu-like symptoms. That compares to the national rate of 3.7 percent.

The app doesn’t share personal information, and anyone can opt of sharing location information.