Gen. Charles McGee, a former WWII fighter pilot with the Tuskegee Airmen, was honored by President Trump alongside his great-grandson who wants to go to space. 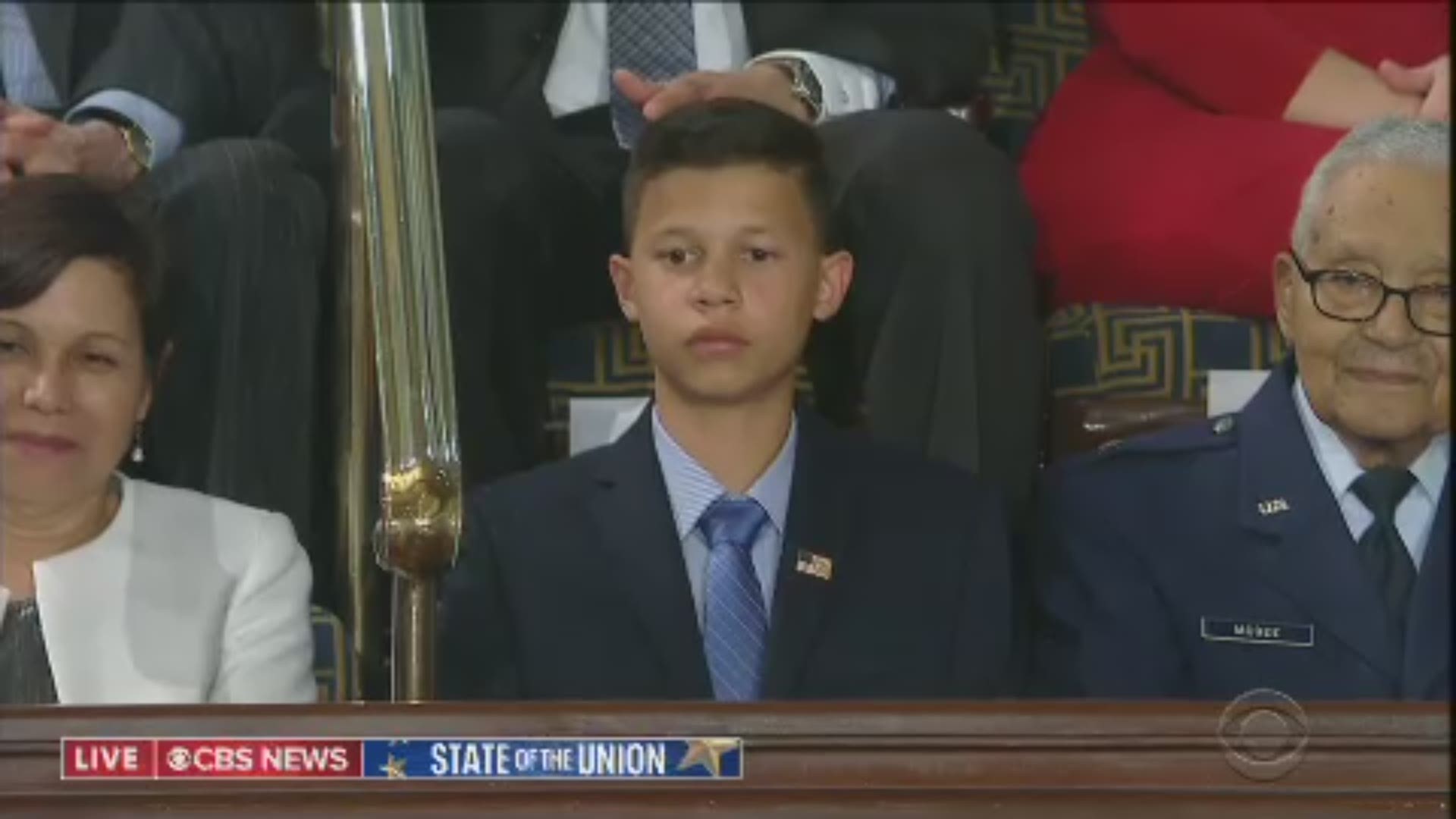 WASHINGTON — Gen. Charles McGee is 100-years-old, and while he may not be ready to take on space exploration himself, his great-grandson dreams of the day he can join the Space Force.

During President Trump's third State of the Union address, Bethesda's Gen. McGee, who flew with the Tuskegee Airman, was honored alongside his great-grandson, Iain Lanphier, from Scottsdale, Arizona.

Trump spoke of how the Lanphier dreams of looking down at Earth someday, while many themselves look up at space.

While many awed in admiration at the story of Lanphier following in his great-grandfather's footsteps, McGee had multiple standing ovations from both sides of the aisle.

McGee protected the Eighth Air Force bombers as part of the famous "Red Tails Squadron." Back then, white pilots were sent home after 50 missions. But McGee flew 136 missions over Nazi Europe. He then served in Korea and Vietnam, before retiring from the U.S. Air Force with the rank of Colonel.

"I hope I’m deserving," McGee said. "It’s wonderful to be recognized for service and what it means to serve. Certainly to receive that honorary rank is very meaningful."

Longtime friend Vincent Mickens -- who says he’s still getting used to calling McGee "General" -- calls the promotion more than simply honorary. He believes that McGee is one of only three Tuskegee Airmen to achieve such a rank. Mickens calls it icing on the cake for McGee, who turned 100 on Dec. 7 and celebrated with a flight in a private jet.

"It should be a great example," Mickens said. "Stay focused on what you want to accomplish and you can accomplish truly anything."

RELATED: On his 100th birthday, Tuskegee Airman wants to inspire the next generation of pilots

RELATED: One of the last living Tuskegee Airmen will ride again in the WWII plane he trained in

RELATED: The Space Force is hiring! Here's how you can work for the newest military branch