"We are really facing two pandemics. We're dealing with COVID-19, something that continues to impacts people around the globe. And we are dealing with racism." 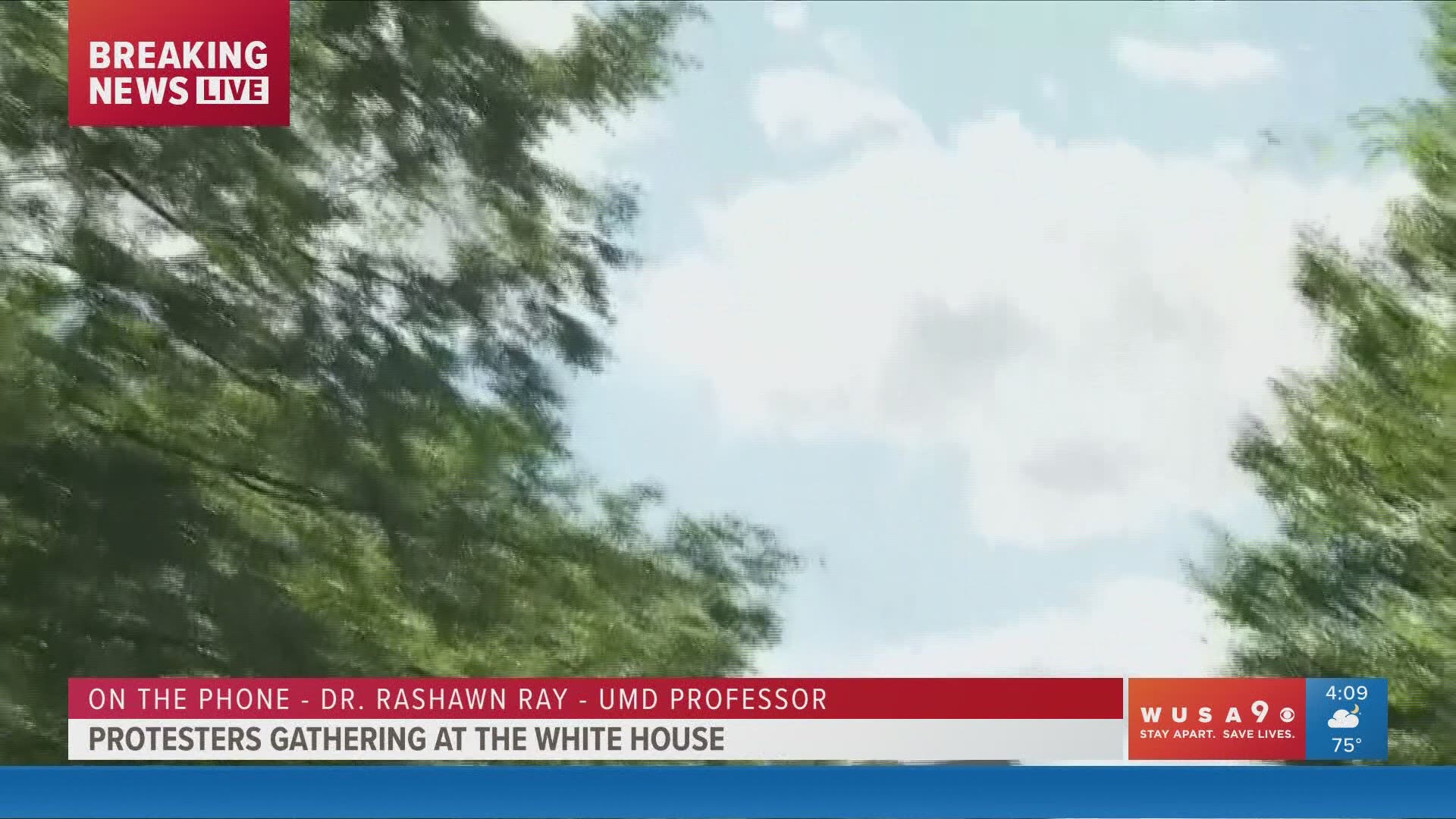 WASHINGTON — University of Maryland professor Dr. Rashawn Ray spoke with WUSA9 Sunday afternoon to speak about why he believes protests have started in D.C. and across the county as part of the nationwide response to George Floyd's death at the hands of police in Minneapolis.

The Associate Professor of Sociology and Executive Director of the Lab for Applied Social Science Research at UMD College Park spoke with WUSA9's Lorenzo Hall.

He shared his views from an educational, professional and personal perspective on why things have escalated, and about the hurt felt in the African American community.

"We are really facing two pandemics. We're dealing with COVID-19, something that continues to impacts people around the globe. And, we are dealing with racism. While hopefully based on science and medicine, will get passed (COVID-19) -- in the United States, we have never dealt with racism. And, racism is baked into the fabric of the founding of the U.S, and when people see what happened to George Floyd, it elicits something in them. There is something that happens to them mentally, physically and emotionally after seeing someone die, particularly at the knee of those sworn to protect and serve them."

In his analysis with WUSA9's coverage of the protests, Ray also shared that these protests in the District and nationwide, aren't a result of just George Floyd, but the countless killings that have happened at the hands of police forces around the nation.

"This isn't solely about George Floyd. This is also about what's happened throughout human history, particularly more recently as a relation to police violence in the United States," Ray said.

Ray’s research at the UMD addresses the mechanisms that manufacture and maintain racial and social inequality with a particular focus on police-civilian relations and men’s treatment of women, according his bio on UMD's website.

Ray has published over 50 books, articles and writings and has written for multiple news and magazine outlets, including CNN, The Washington Post and the Associated Press, partners of WUSA9.

Credit: WUSA9
UMD professor speaks to WUSA9 about why protests have developed nationwide

Protests erupted nationwide days after Floyd’s death calling for the arrests of all the officers involved after a Memorial Day viral video showed Floyd being pinned down by his neck by then-Minneapolis police officer Derek Chauvin. Floyd, who is repeatedly heard in the video saying he can't breath and asking for Chauvin to get off his neck, died that day.

D.C. is one of many cities across the nation who held protests over the weekend, and have protests currently going on Sunday evening. The District has issued a mandatory curfew for D.C. residents from 11 p.m. Sunday until 6 a.m. Monday morning.

RELATED: The second wave of coronavirus cases could come sooner than expected. Here's why