These are the routes where deer-car collisions are especially common. Here's what to do to avoid one, and what to do if you can't. 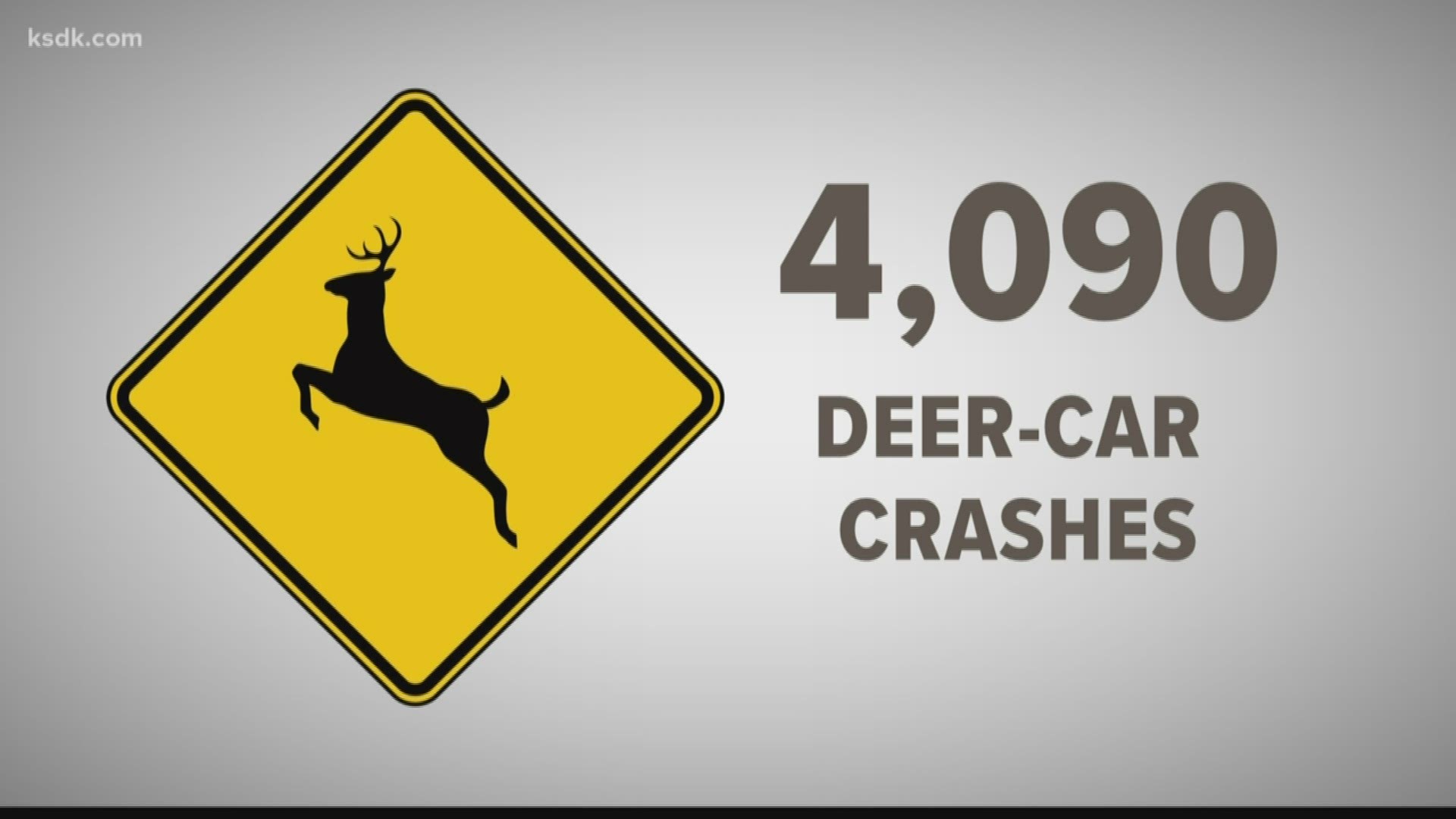 ST. LOUIS COUNTY, Mo. — Deer season doesn’t just play out up in trees or wooded hunting grounds, as bi-state drivers know, the animals often make their way onto area roads during the months of October through December.

Deer are especially active at dawn and dusk; right now, following a time-change, that coincides with morning and evening rush hours.

Last year, Missouri averaged a deer-vehicle crash every two hours. That adds up to 4,090 crashes in which 415 people were hurt and six people were killed.

According to the Missouri Department of Conservation, these areas tend to be hot-spots for the collisions:

Don’t rely on “Deer Crossing” signs to alert you to their presence, since they aren’t considered that effective and the deer know no boundaries.

Instead, be extra vigilant when you’re traveling on roads within a few miles of wooded areas or fields.

So, what do you do if you see a deer on the road?

Use your brights whenever possible to see the deer and, hopefully, scare them off.

If you spot it with enough time, slow down and come to a stop if possible.

If you don't have enough space to fully stop, you know you're going to hit it, let off the gas. That will help lessen the impact.

Don't slam on the brakes, that can cause the front of the car to dip down and the deer could go through your windshield.

As tempting as it is, don't swerve, driving off into oncoming traffic is much more dangerous.

Technically, you don’t need to call police in most cases if you hit a deer, but it could be helpful for insurance purposes.

And since your buddies will ask, yes, you can (usually) keep the deer. Just check the guidelines from Illinois Department of Natural Resources or Missouri Department of Conservation.