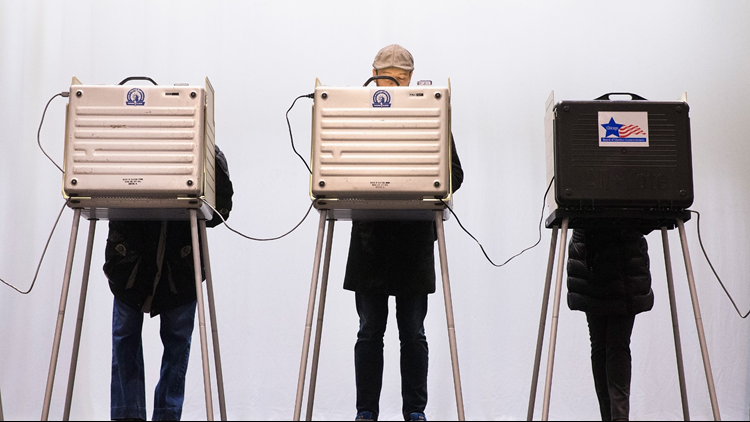 The Democratic-aligned Priorities USA filed the lawsuit on behalf of Mildred Gutierrez, 70, of Jackson County, The Kansas City Star reported.

The law, approved by Missouri voters in 2016, allows a person without a photo ID to cast a ballot if they sign a sworn statement attesting they don't have required documents.

But the lawsuit alleges that these procedural hurdles are "fraught with uncertainty and unwarranted threats of criminal penalties." The required statements are signed under penalty of perjury and contain "confusing and threatening provisions that discourage qualified voters from attempting to exercise their right to vote without Photo ID," the lawsuit claims.

Gutierrez has been a registered voter for more than 40 years and has even served as an election judge in Jackson County, according to the complaint.

Gutierrez's driver's license expired in 2016 and she wasn't eligible for renewal due to her failing vision, the lawsuit states. Gutierrez signed the sworn statement in order to vote in a Missouri state Senate special election last November. Gutierrez was then informed that she wouldn't be allowed to vote in future elections without a non-driver's license ID from the state, according to the suit.

The suit comes roughly five months before Missouri residents will vote in a race that could determine control of the U.S. Senate.

"We have received the complaint and we intend to fully and fairly defend Missouri law," said Mary Compton, a spokeswoman for Attorney General Josh Hawley. Hawley is a Republican candidate in the race.

Priorities USA Action, the group's political action committee, has spent more than $430,000 on the 2018 U.S. Senate race. Data analyzed by ProPublica found that most of that money was spent on attack ads against Hawley.

"We have been on the forefront of filing suits like this across the country because we believe there shouldn't be impediments to the ballot box for anyone at any time — whether it's an election year or not," said Symone Sanders, Priorities USA's spokeswoman.