'I wanted to be something for the both of us, share the love of both of us and really show who we are as a couple. And St. Louis Blues are that.' 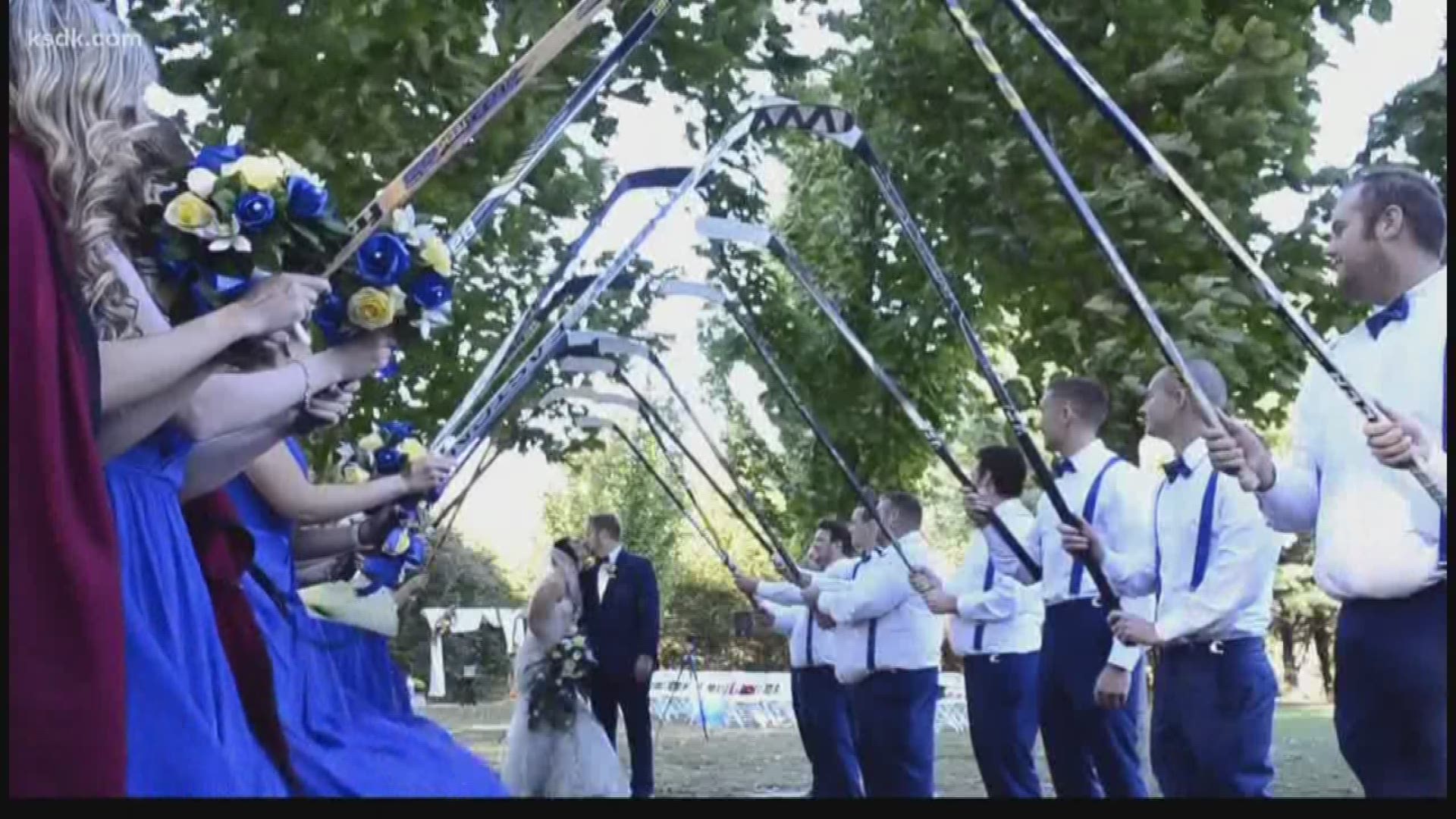 O'FALLON, Mo. — One couple is ready to see the Blues win now more than ever.

The Brickers are such diehard fans that they even made their wedding day completely Blues themed.

Their love story started eight years ago. Sawyer, a Blues enthusiast, took Sara on a date -- which happened to be her first hockey game ever.

"I was like, this is amazing, how did I miss out on this my entire life? And then I fell in love with the sport ever since," Sara said.

Their love for the Blues and for each other grew stronger as the years went on. When it came down to planning the wedding, it was time to honor the team that played cupid and made them fall in love.

Sara, who came up with the idea, said: "I wanted to be something for the both of us, share the love of both of us and really show who we are as a couple. And St. Louis Blues are that."

All of their memorabilia was used for decoration. Everything down to the smallest detail was Blues themed, from the cake to the wedding gifts to rocking jerseys.

Their wedding was around the same time the Blues season started. The Brickers believe their Blues wedding could be a good luck charm.

"We always kind of joked that they're going to win the cup the year we get married, that season," Sawyer said.

RELATED: Opinion | How the Blues are crafting a comeback story for the ages