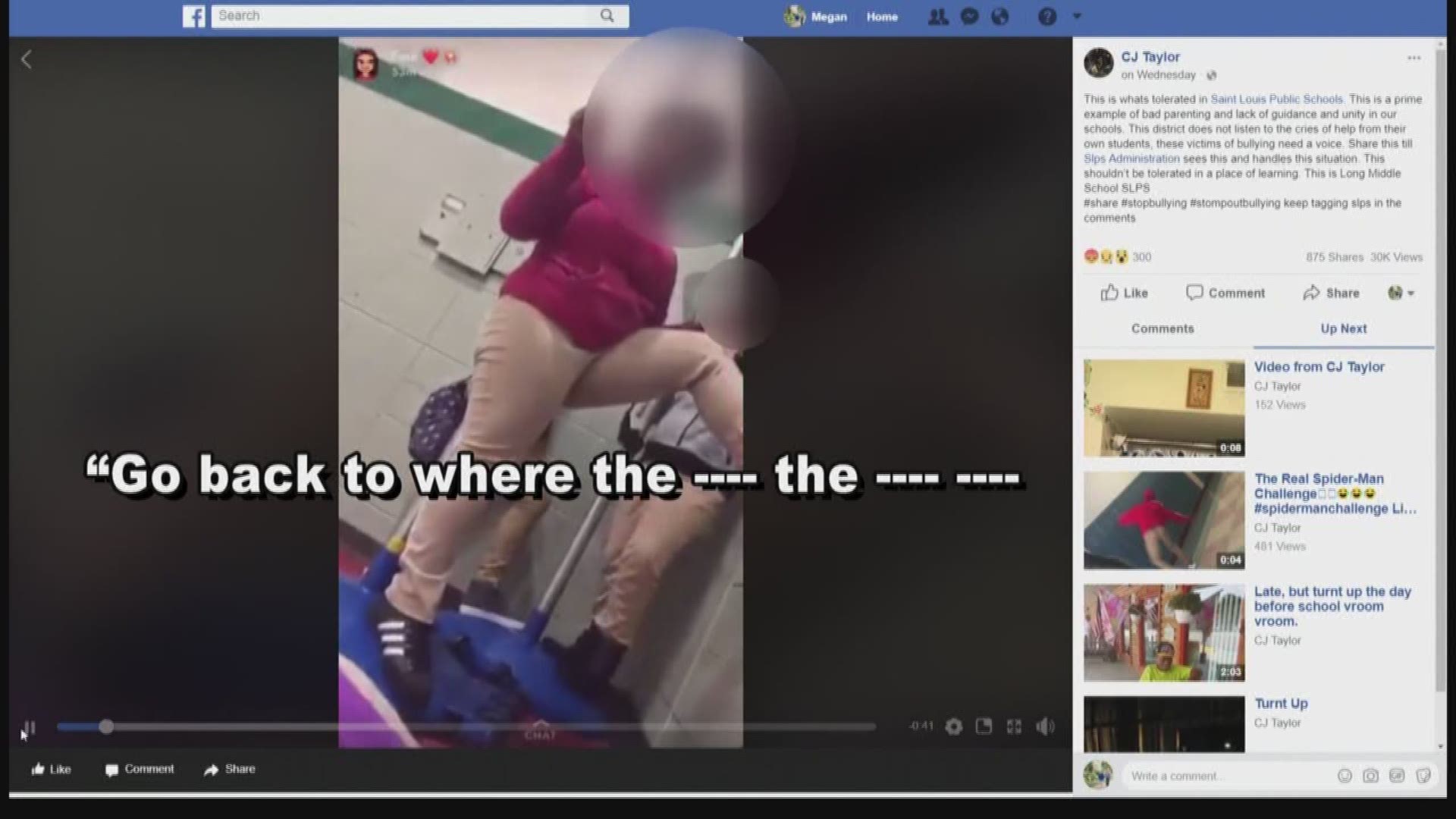 ST LOUIS - A disturbing video is starting to make the rounds on social media, depicting a student bullying another student over her accent and ethnicity.

The person who posted the video, claims it happened inside Long Middle School in south city.

"It’s extremely shocking and hurtful to see and student treat another student like that," says Syed.

Syed says, based off what he can see, the girl being bullied may be a first generation American and is visibly upset by all of this.

"Especially somebody who is struggling with English and is having a hard time explaining what they’re feeling," he says.

The next thing Syed notices, is students are either laughing or recording the encounter instead of intervening.

"The first thing you should do is not pull out your phone to record it so you can put it on your Snapchat and get more views. You need to take a courageous stand and speak up against it and try to stop it," says Syed.

Syed says, he wants to have a conversation with the Principal about how they can turn a troubling moment into a teachable one.

He believes, that lesson should also be reinforced at home.

St. Louis Public Schools sent 5 On Your Side the following statement:

Saint Louis Public Schools is aware of an incident that occurred at Long International Middle School on Wednesday in which a student took a cell phone video of one student using inappropriate speech and harassing another student. The video was posted to social media Wednesday night, and when this incident was brought to our attention yesterday, the district immediately took steps to address the situation.

The District is handling this matter in accordance with State law and District policies regarding bullying.

SLPS has a zero tolerance policy when it comes to bullying, and we are committed to providing safe and caring schools for ALL students to learn.