Firefighters found the sunroof of the car open, with two dogs inside that they described were "wrapped up in plastic" 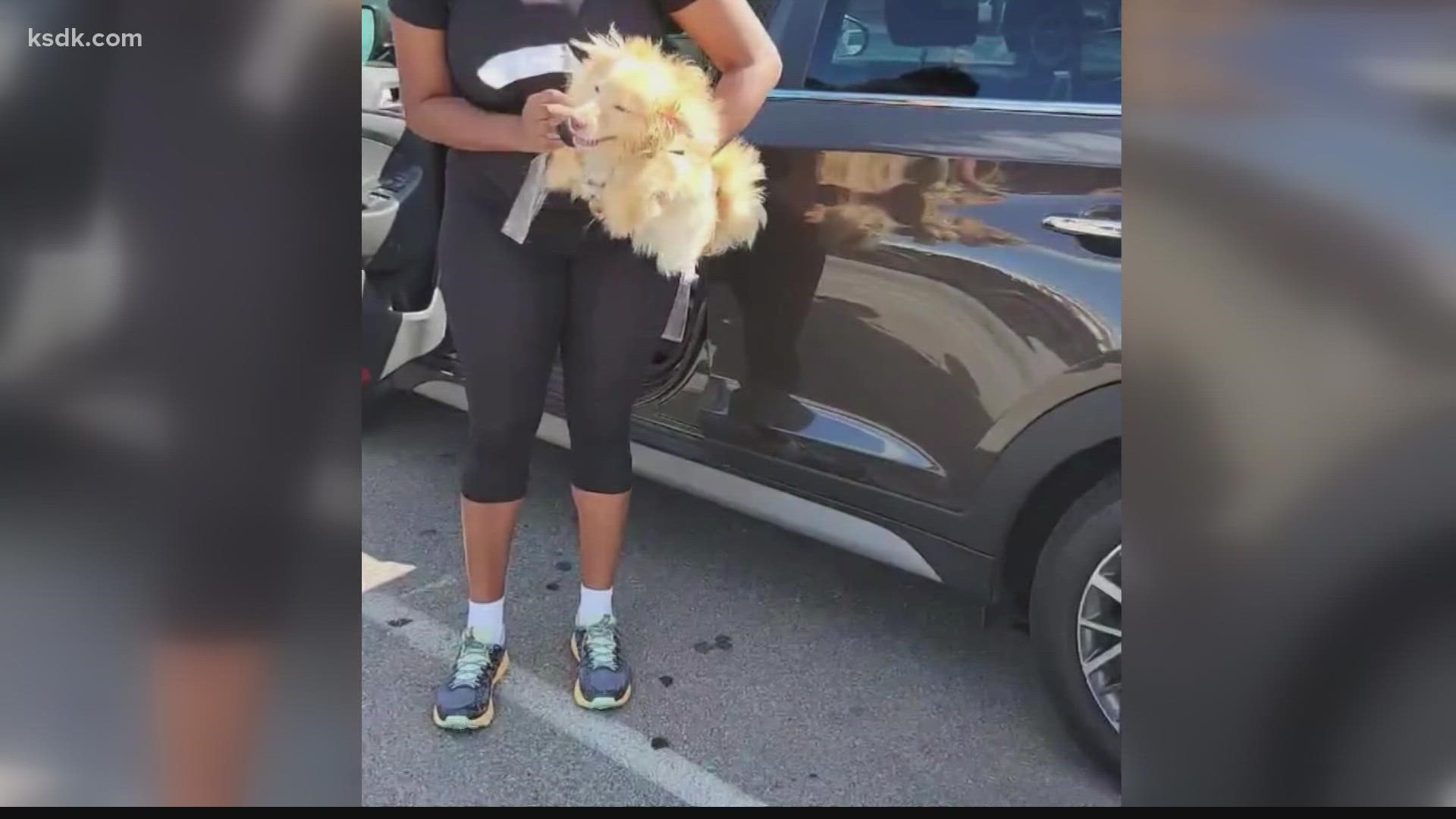 ST. LOUIS — Rachele Bishop recorded video of a woman who kept two dogs tied up in duct tape in her car in the Planet Fitness parking lot off of Chippewa in south St. Louis. Bishop didn't want to go on camera Monday, but shared the statement she sent to animal control.

She called the St. Louis Metropolitan Police Department, which dispatched firefighters because their officers were busy. They found the sunroof of the car open, with two dogs inside that they described were "wrapped up in plastic." One dog was stuck underneath a stroller and blanket, the other under the front seat.

Police officials said according to their 911 notes, animal regulation officials investigated the incident and determined no crime occurred.

"Did you see that? Unbelievable," commented Melanie Wade, who owns a grooming business and rescues dogs.

Wade saw the video posted in one of her animal Facebook groups.

"They were taped. Their front legs taped down to their body. Their back taped together. Their back legs taped to them. Their muzzle taped on one dog, the other dog had a muzzle on under the front seat of her car," she said.

Bishop's statement said the woman claimed she taped the dogs up because they'll chew on themselves and to keep them from barking. Once the animal control supervisor arrived, he spoke to the woman for a while and ended up letting her drive off with the dogs.

"It's a crime and if you don't think it is, let somebody duct-tape you, your face, your legs and your hands and stuff you under the seat of a car for 45 minutes in the St. Louis heat in the summer," Wade said.

5 On Your Side contacted the St. Louis Fire Department and animal control and did not receive a response.