Customers can create their own doughnut combination by choosing a variety of coatings, drizzles and other toppings. 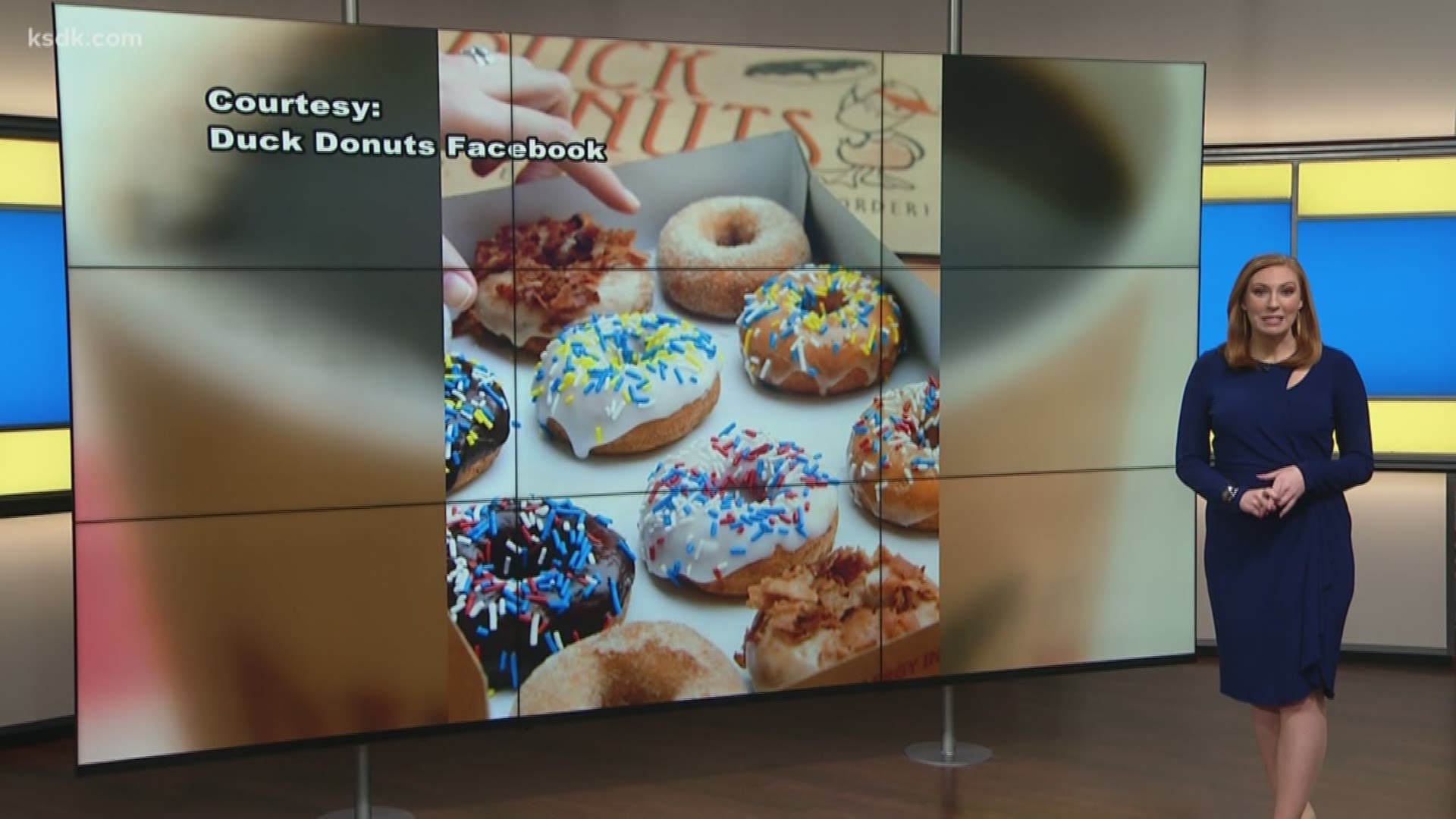 ‘Duck Donuts’ is opening its first Missouri location in Chesterfield April 19 at 8 a.m.

Duck Donuts began in Duck, North Carolina in 2007 with its first location and since then, it has expanded to 196 stores across several states.

Duck Donuts specializes in made-to-order doughnuts. Customers can create their own doughnut combination by choosing a variety of coatings, drizzles and other toppings.

But if you're lacking inspiration, the shop also has its signature assortment that features doughnuts like Peanut Butter Paradise, French Toast and Bacon in the Sun.

According to the press release, the shop will feature a viewing area where children and adults can watch their doughnuts being made from start to finish.

Duck Donuts
If you're first in line at our grand opening, you'll be considered one lucky duck! Not only will our first customer get to taste our Warm, Delicious, and Made-to-Order Donuts first, they will also...