Dutch Boy's tail wags as he looks lovingly up at the woman who rescued him. But as he turns, burn marks show the young dog has had some hard times too. 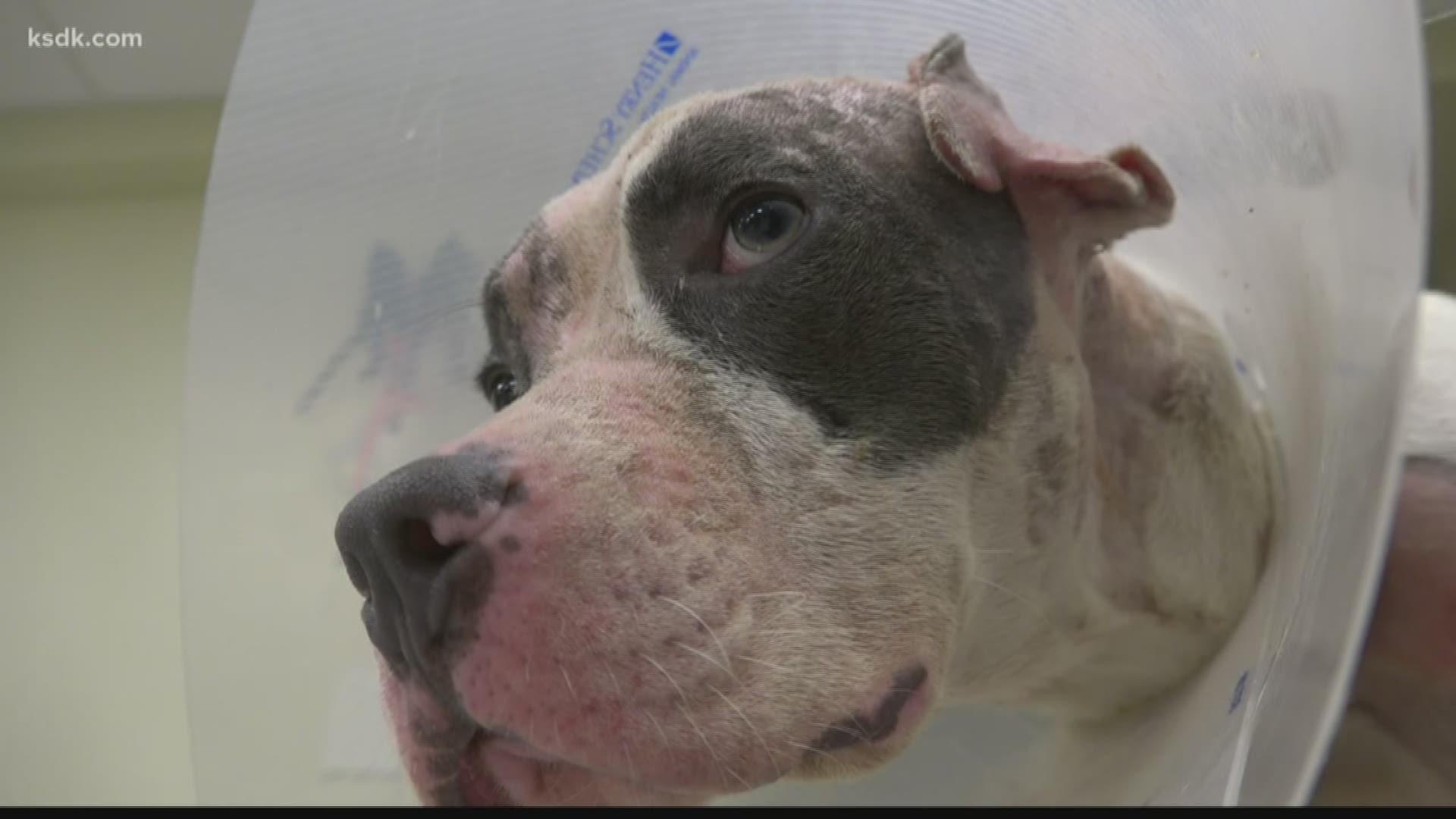 ST. LOUIS — The stray now known as Dutch Boy looks lovingly up at the woman who rescued him, his tail wagging, a mark of a happy pup.

But as he turns and leans into Donna Lochmann's small frame, other signs show the young dog has had some hard times too.

"He is a good dog. You are a good boy aren't you?" Lochmann said as Dutch Boy looks to her.

His body's covered in scabs. His abdomen, back, legs, and face are all in various stages of healing.

Lochmann rescued the roughly year-and-a-half-old pit mix in her work with Stray Rescue of St. Louis. Someone called the organization about a dog with "fly bites" on his face who was hiding in the shade under a back porch.

Soon they realized, there was something else going on: chemicals or scalding water had been intentionally poured over his body.

"You could kinda tell too because of the way it ran down his face and around his nose, it looked like something had been poured on him," Lochmann said.

The injuries were extensive but just as bad was the pain intentionally caused.

Stray Rescue posted video of Dutch Boy crying at night, the pain too strong to sleep through.

"It makes it even worse to know that this is stuff that's coming at the hands of a person to an innocent animal," Lochmann said. "I mean, he probably walked right up to somebody [who did this]."

Dutch Boy's recovery is remarkable. He was rushed into the trauma center where staff sedated him and treated his wounds. He's being administered antibiotics, burn cream and pain medication.

And he found a lot of support online, people willing to pitch in to help cover his medical costs.

"It's overwhelming for us," Lochmann said. "It's amazing that people support — and want to help — the dogs that we rescue."

While police will likely never find the person responsible for Dutch Boy's abuse, Stray Rescue staff expect it won't be hard to find someone to return the love their dog gives so freely.

RELATED: 'He had no remorse' | Mother of man killed after tripping over grill sees suspect in court