Portrait Pettigrew has lived in East St. Louis her entire life, but Wednesday morning while she was sleeping in her bed she woke up to a nightmare. 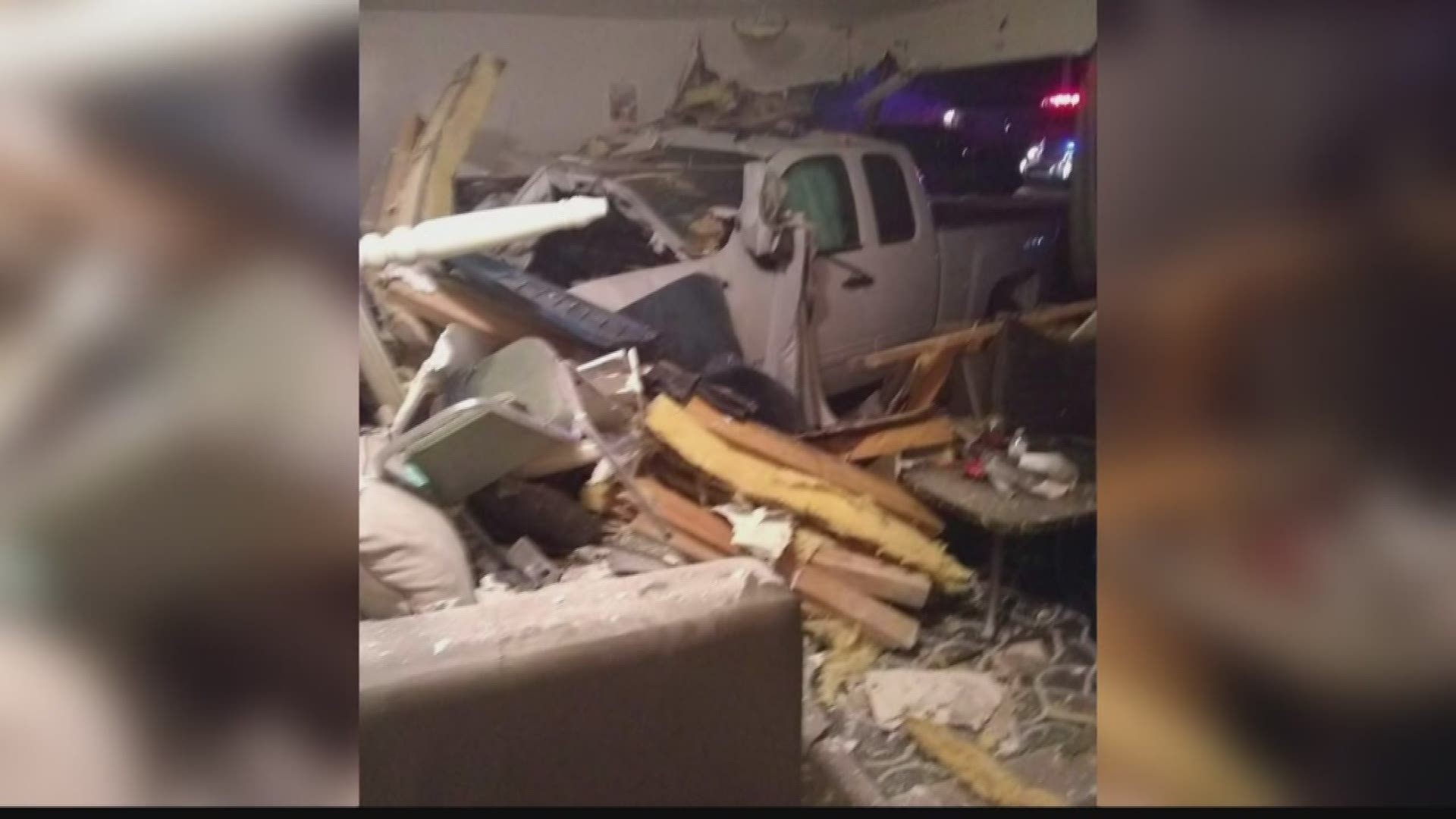 EAST ST. LOUIS, Mo. – A family is now looking for a new place to live after waking up to gun shots followed by a truck crashing through their living room.

Portrait Pettigrew has lived in East St. Louis her entire life, but Wednesday morning while she was sleeping in her bed she woke up to a nightmare.

She said around 3 a.m. on Wednesday, she heard gun shots and when it sounded like they were getting closer she started to panic.

"My first reaction was to get the kids out the bed and get them down low and safe," Pettigrew said.

That’s when the unthinkable happened and a truck came crashing through their living room.

She said thankfully none of her family was seriously injured but the situation could have been much worse, especially since her fiancé was just sleeping in the living room shortly before the crash happened.

"He had just come up stairs to get in the bed probably maybe not even an hour," Pettigrew said.

Now she wants this to be a lesson to anyone involved in gun violence.

"They need to stop all this shooting this violence is irrelevant. All this killing it just don't make no sense. These babies are innocent they have nothing to do with nothing we were innocent," Pettigrew said.

East St. Louis Police have not confirmed details surrounding the incident. Therefore, it’s unclear if anyone was arrested or what injuries the driver obtained during the accident.