"Now, my children and I don't have a place to live," said Sabrina Dunigan. 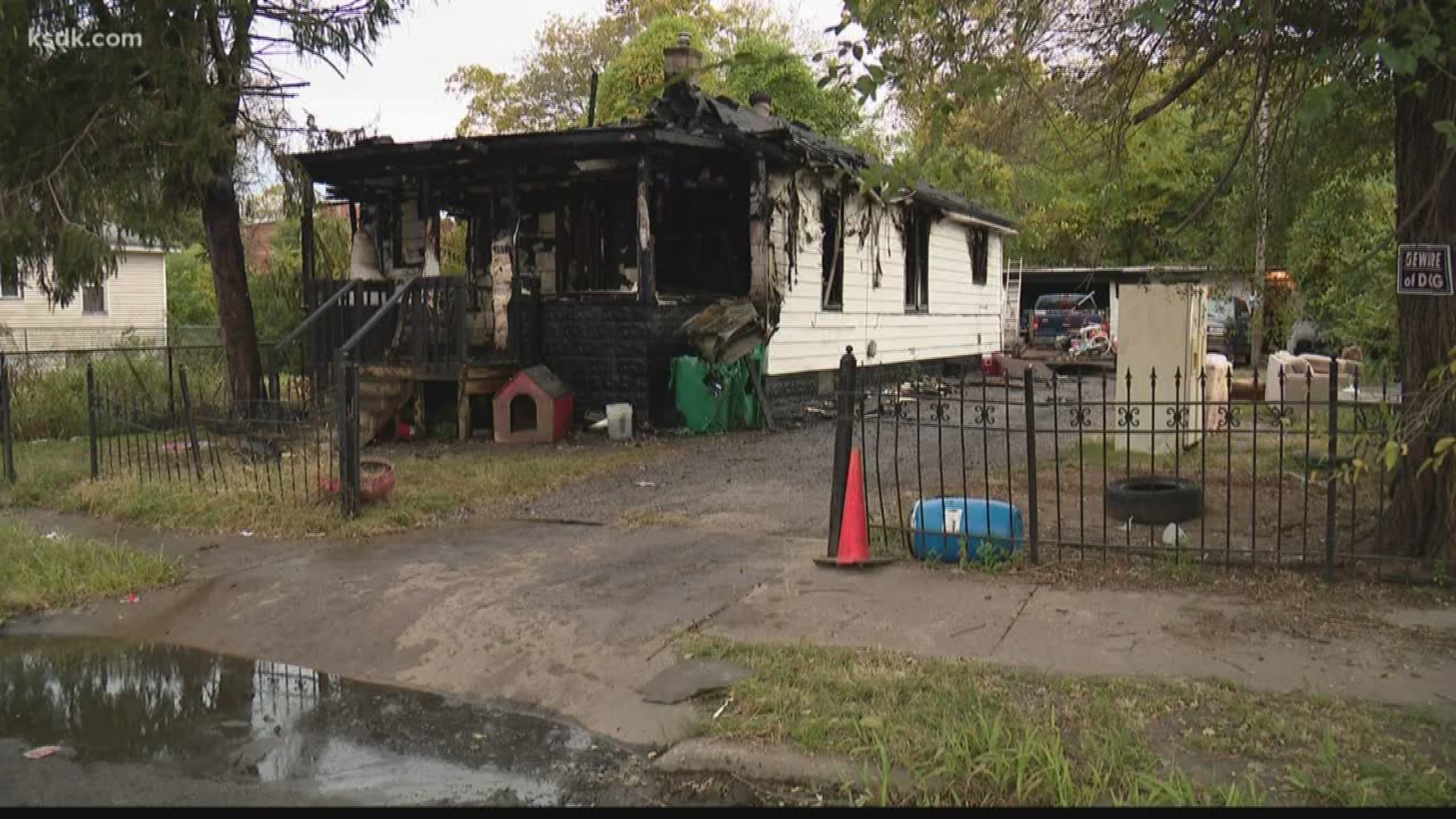 EAST ST. LOUIS, Ill. — The East St. Louis house where Sabrina Dunigan once lived with her five children is now a gutted, charred and a huge mess.

Dunigan said early Friday morning she and her kids were about to go to a grocery story with her parents when her "angry" boyfriend showed up.

"He was mad about another guy that I talk to. I don't understand because he's now talking to another woman," said Sabrina Dunigan.

"He came over with a gun and he was steady flashing the gun," said Greg Dunigan, Sabrina's father.

The scared, 32-year-old mom said she couldn't believe the threat her boyfriend made.

"We're just telling him he has to leave, and he said he was gonna set the house on fire," said Sabrina.

A short time later she said her children's father did just that.

A stunned Sabrina and her parents returned home and saw their house engulfed in flames.

"Yes, I'm mad. He sat down the street and waited until we left to get milk for the children. He then came back and set the house on fire like he said he was gonna do," said Greg.

Firefighters arrived and put out the fire.

The mom and her children, who range from 11 months to seven years old, are now without a home.

"We got the American Red Cross coming in to see if we can get some help for these guys," said Chief Jason Blackmon with the East St. Louis Fire Department.

In the meantime, the burned-out family was relieved to see their dog, that wandered off during all the commotion, return home.

The Dunigans told police before the suspect sped off, he dropped his cell phone at the fire scene. The family hopes detectives can now track him.

"And I really would appreciate if the police get him," said Greg.