"We've raised some money thanks to previous T-shirt sales, but we still need at least $10,000 to get our team to Florida, " Coach Marcell Phiffer said. 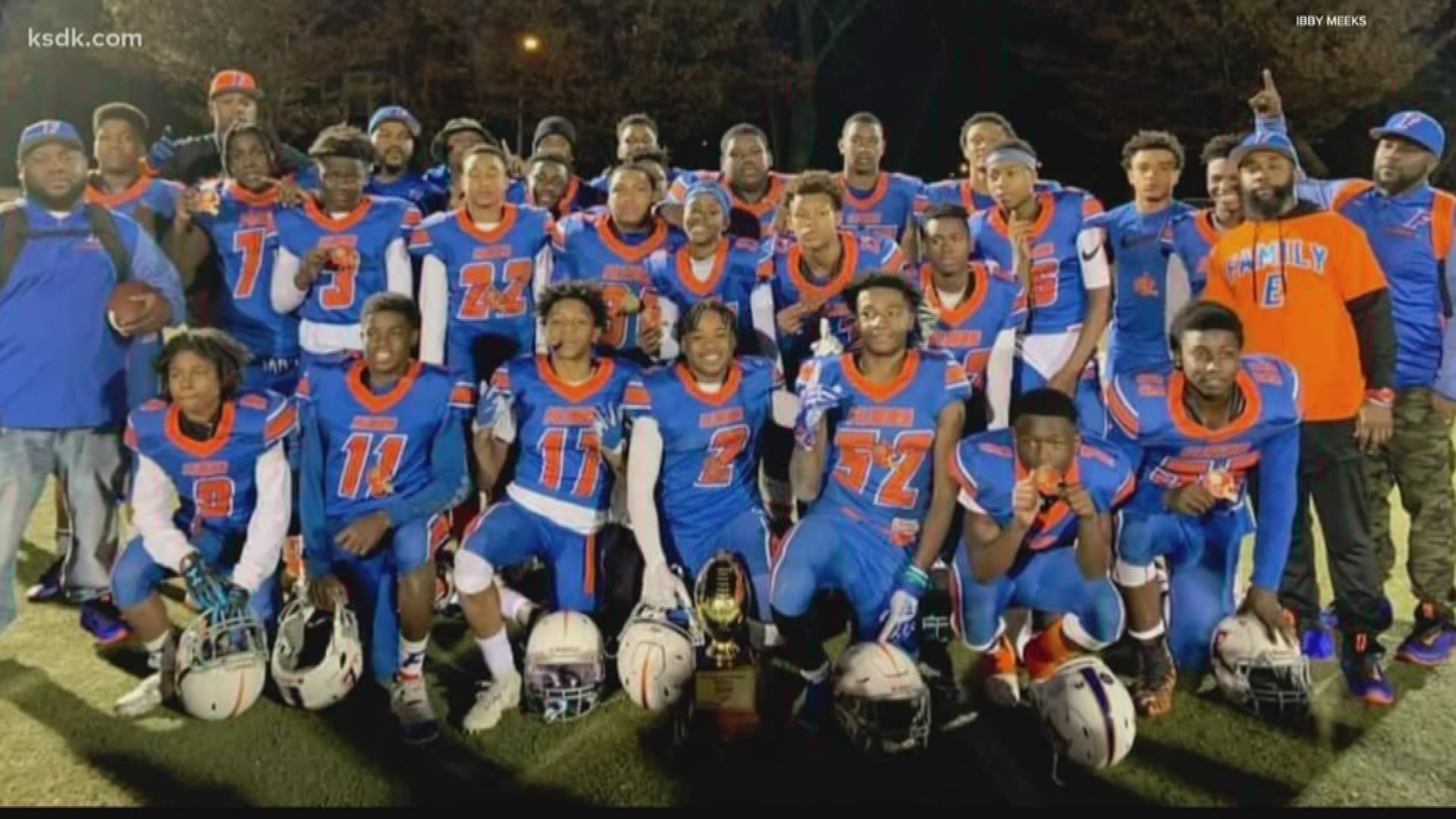 EAST ST. LOUIS, Ill. — Ever since they were both 9 years old, Tresean Hickson and his buddy Jamil Thomas have loved everything about football.

"I like it a lot. I love hitting and running the ball," said Hickson.

"And it's very fun to do all the moves on the field. Plus, you got a teammate who you can bond with and talk outside of football," said Thomas.

The now 13-year-old eighth-graders are members of the East St. Louis Junior Flyers.

The youth football team consists mainly of neighborhood kids. The team formed two years ago and has since taken off.

This season the Flyers beat all 10 teams they played.

"We are now the 2019 Superbowl champions," said Marcell Phiffer, the team's coach.

The Flyers captured the junior football league's Superbowl Championship on Sunday during a big game in St. Louis.

Now, the undefeated team from East St. Louis has its eyes on Fort Lauderdale, Florida.

"I knew we can do it from the beginning," said Thomas.

The Flyers are the number one junior football team in Illinois and the seventh-best team in the nation.

"My guys are smart, fast and they listen to all of their coaches. The boys put the work in. The sweat and tears. The hot days in the summer. The cold days in the winter and it all paid off," said Phiffer.

The Junior Flyers still need to raise $10,000 by Dec. 5 or they will not be able to travel to Florida for the national competition. The team hopes the community, which donated footballs and other supplies to them in the past, will step up again.

The young football players say capturing the national title will be a win-win for their team and East St. Louis.

"I think it will be really fun. We come back with a big trophy and put the city on the map," said Thomas.

The football team needs to raise additional money for bus travel, food and other expenses.

If you'd like to help them out, you can click here to go to their donation page.

RELATED: The road St. Louis paved to make car manufacturing what it is today