Students rally around football coach who was fired over rap video

A petition to reinstate a Hazelwood West football coach says he was fired for a rap music video made 5 years ago. 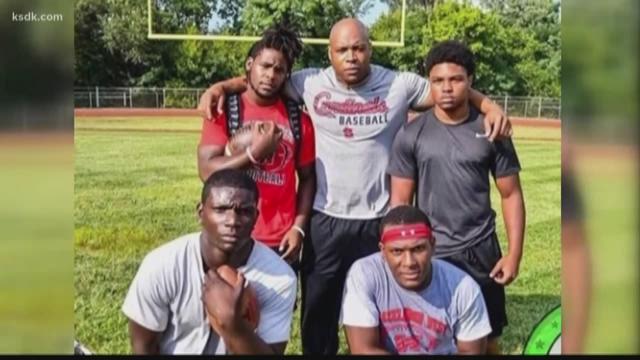 Five years ago, David Richard made a rap video. In it, he is seen smoking marijuana and using profanity.

Three years ago, he became an assistant football coach and hall monitor at Hazelwood West High School. Recently, the video surfaced and Richard lost his job.

“He was just a good person,” said Victoria Okaro-Ezeufo, the football team manager. “He was outgoing, always talked to the kids, say, 'Hey, how's your day going.'”

Okaro-Ezeufo said she wants Richard to have a second chance.

“Everyone has a past,” Okaro-Ezeufo said. “Anyone can change and turn around.”

A spokeswoman for the Hazelwood School District said a parent made them aware of the rap video. According to the district, “employees should ensure that the content of personal website/ pages does not violate” the district policies.

Morrow said he doesn’t agree with the content and lyrics of the video, but he does respect the person his former assistant coach is now.

Students have started an online petition, in hopes Richard will get his job back.

“At the time, he wasn't a coach. He was young and doing dumb things,” Morrow said.