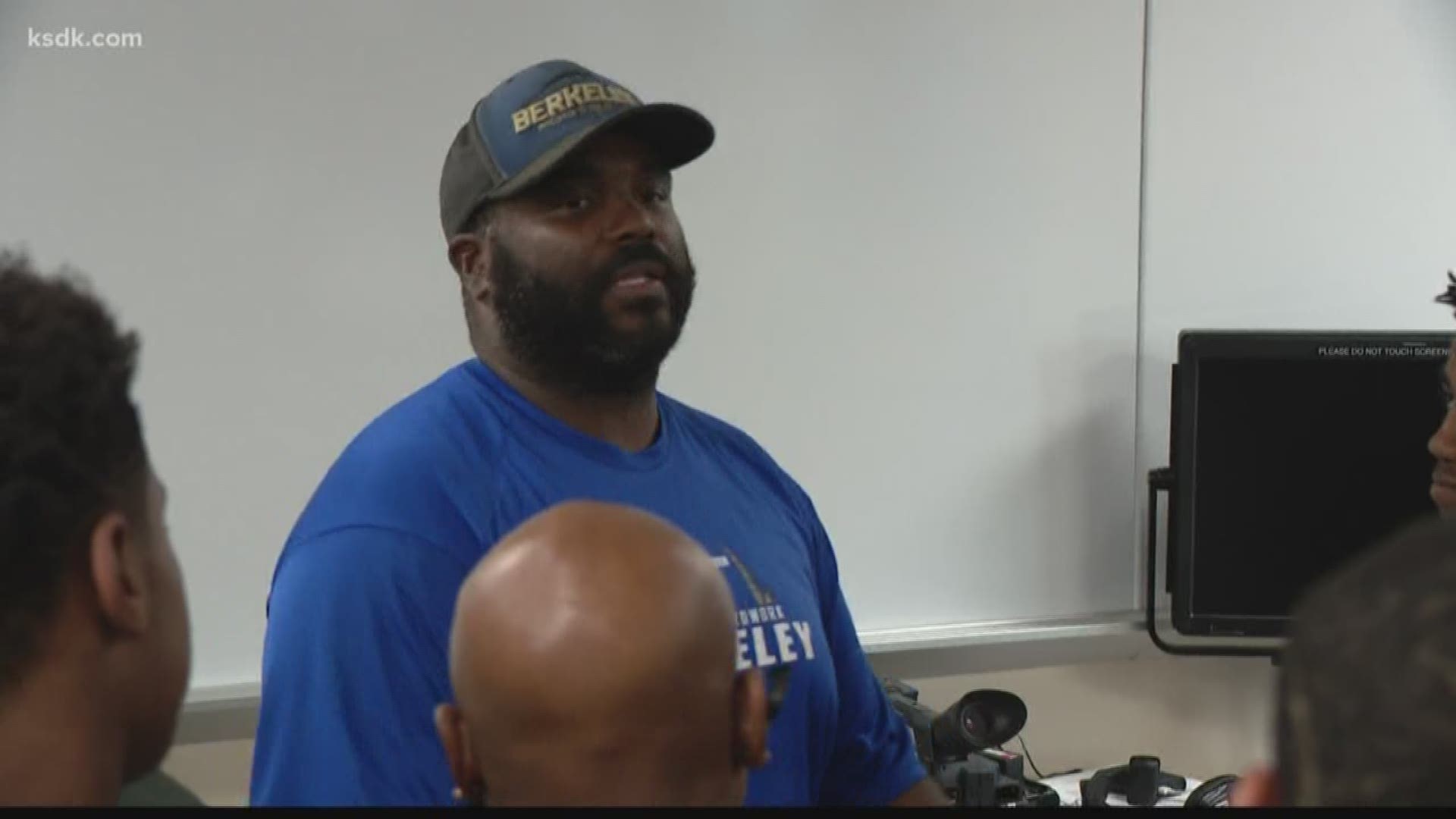 FERGUSON, Mo. – The McCluer South-Berkeley High School football team got quite the surprise from the Ellen Show.

Howard Brown has been the head football coach for the past 15 years and makes it a priority to change the lives of at-risk youth at McCluer South-Berkeley High School. Brown uses his own money and resources to provide food, uniforms and gear for his team. Many of his players consider him a ‘father figure.’

Ellen gifted the team $25,000 courtesy of ‘All American,’ which is a new TV drama on the CW. Coach Brown tells Ellen why he loves his students and reveals his players must be good citizens and students before they can step on the field.

Some of the players shared how special Coach B is to them.

“Coach B is a wonderful guy… I didn’t have a father in my life none of my years coach B stepped into my life and became a father to me – the best thing ever - if it wasn’t for him I don’t know where I would be right now. All of the coaches – I love every single one of them,” Erik Morten said.

“Coach B is an amazing person, since I got here I had anger issues and he helped me with coping skills and tells me every day I can be great and helped me with different ways to release my anger other than violence,” Delano Nettles said.

Howard Brown is the head football coach at McCluer South-Berkeley High School in his 15 years as a coach he has made it his life’s work to change the lives of at-risk youth in our community. He treats these kids as his own and will do anything to make sure they feel loved.

His players don’t have much and so Coach B uses his own money to provide food, uniforms, and gear for them.

Many of his players don’t have positive male role models and consider Coach B their father.

Because of him – these kids are beating incredible odds. Coach B doesn’t just teach boys football – he teaches them life.