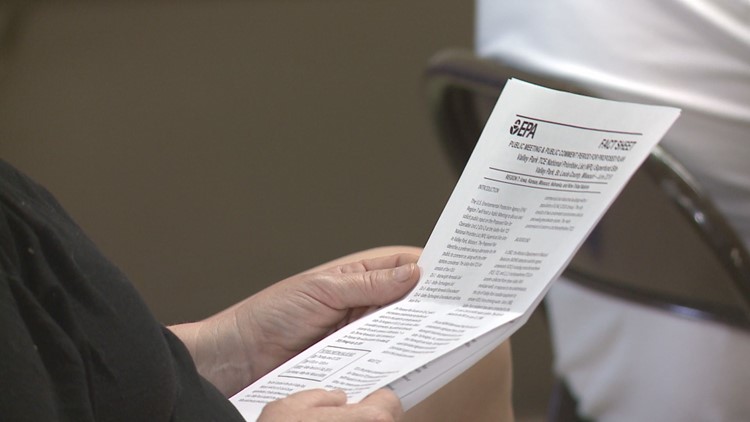 VALLEY PARK, Mo. — The United States Environmental Protection Agency held a public meeting Thursday evening in Valley Park. The group presented an amended plan to one part of the four-part superfund project the EPA has been working on in Valley Park for more than a decade.

The portion of the project the amendment pertains to, Operable Unit 2 (OU2), includes property where there was once a metal processing facility. The main contaminate of concern in the site is trichloroethylene, or TCE.

Remedial Project Manager Hoia Tran told 5 On Your Side the EPA has been working to rid the site of contaminants since 2001.

Tran said the work EPA has done ensured no one in the area would be impacted by exposure to contaminates. The work the group is proposing now is to ensure "long-term" groundwater quality.

Three Valley Park residents who live directly across from the facility in the plan told 5 On Your Side they have never had any concerns about the area, and they have not felt negatively impacted. However, multiple people attended the meeting and said they want more information.

Residents have until July 10th to provide their feedback.

Tran said it will take a few months to actually implement the final plan once they receive feedback from the community.