Who is Erika Shields? More on Louisville's new police chief

Shields said Wednesday that she believes interim Chief Yvette Gentry was correct in starting the termination of detectives Joshua Jaynes and Myles Cosgrove. 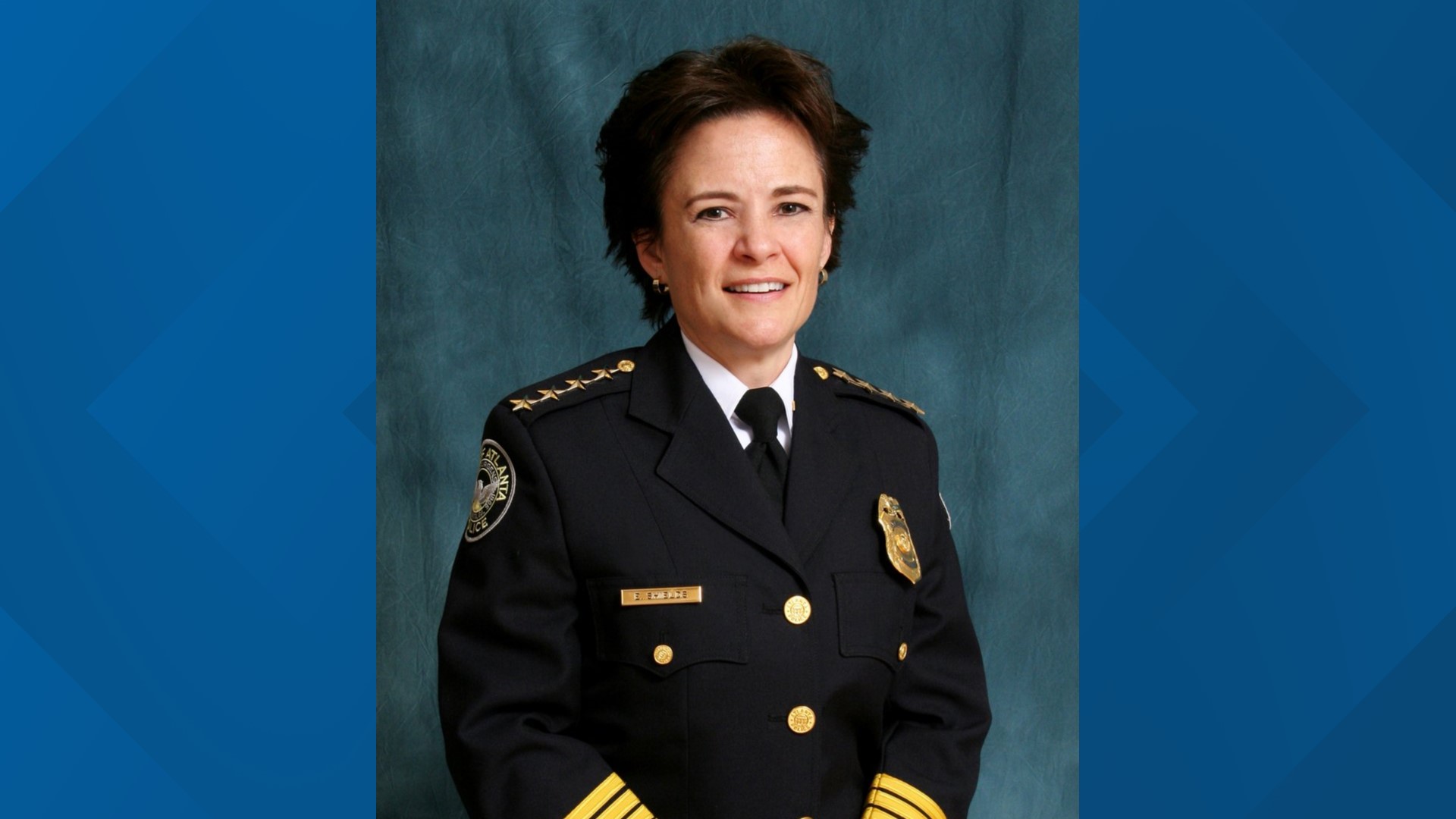 Shields has worked in law enforcement for 25 years, first joining the Atlanta Police Department in 1995 as a patrol officer. She rose through the ranks, eventually commanding APD's public standards unit and developing the department's policies.

In 2016, she was named Atlanta's newest police chief, becoming the second woman and only openly LGBTQ+ person to lead the department. Shields later hosted a TED Talk discussing her leadership style and talking about her advocacy for 21st century policing.

Shields resigned from her role as chief after three and a half years following the police shooting of Rayshard Brooks on June 12, which she said "sickened" her.

Shields stepped down from the department less than 24 hours after the shooting, saying she stepped aside "out of a deep and abiding love for this city and this department."

"The killing of Rayshard Brooks is a tragedy," Shields said. "What I recognized is there were multiple issues as play...[and] as long as I stayed, I was going to be a distraction and the city needed to move forward."

According to the Washington Post, Shields' resignation made her the second chief after former LMPD Chief Steve Conrad to be off the job amid calls for police reform.

When asked how the public should feel about her knowing she resigned following a deadly police shooting, Shields said she hopes for people to look at her body of work.

"It sickened me what happened to Rayshard…we must hold our people accountable," Shields said. "I would ask that people take the time to see what I accomplished and what I believe in."

She also said she believes interim Chief Yvette Gentry was correct in starting the termination of detectives Joshua Jaynes and Myles Cosgrove, two officers involved in the Breonna Taylor case, saying she supports her decision.

Shields said she hopes to combat gun violence in Louisville, as well as strengthening trust between the community and police.