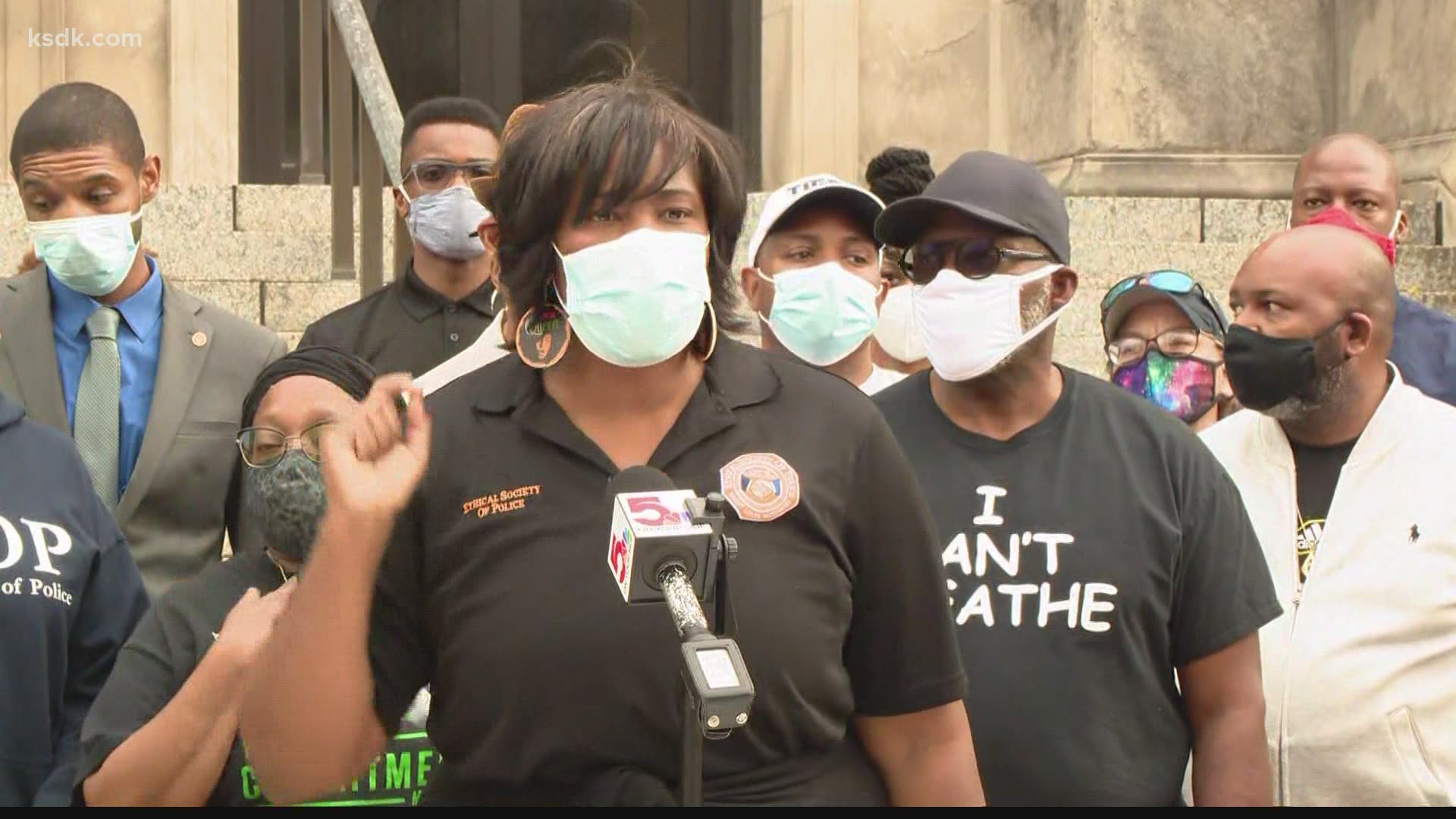 The membership organization that represents mostly Black officers cited several reasons its board of directors believes Barton is unfit for the job after her first year on the job.

“In fact, the St. Louis County Police Association is currently conducting a poll of our 915 members to gather a full list of issues that are causing reports of low morale among the rank and file. Although this is not a ‘no confidence’ vote it will be an opportunity to present data to the command of the police department directly from the rank and file. Once delivered, that data could be used by department leadership to effect changes as necessary.”

Barton’s spokesman, Sgt. Benjamin Granda, said she was unavailable for an interview Friday, but wrote: “For context, in 2020, there were 388 transfers/re-assignments of commissioned personnel to meet the needs of the department.”

Heather Taylor is the spokeswoman for the Ethical Society of Police, which Taylor said has about 62 members in the county.

She said the 16-member board voted unanimously about its lack of confidence in Barton. She said the county’s board members, which include Hall and Lt. Ray Rice, did not participate in the vote because the organization feared they would face retaliation for doing so.

Taylor said the Ethical Society outlined their concerns in a letter to Barton and it took her more than 60 days to respond.