'I never rubbed any type of heroin or fentanyl on my daughter's gums,' says Kimberly Nelligan, who's fighting the accusations against her, maintaining her innocence. 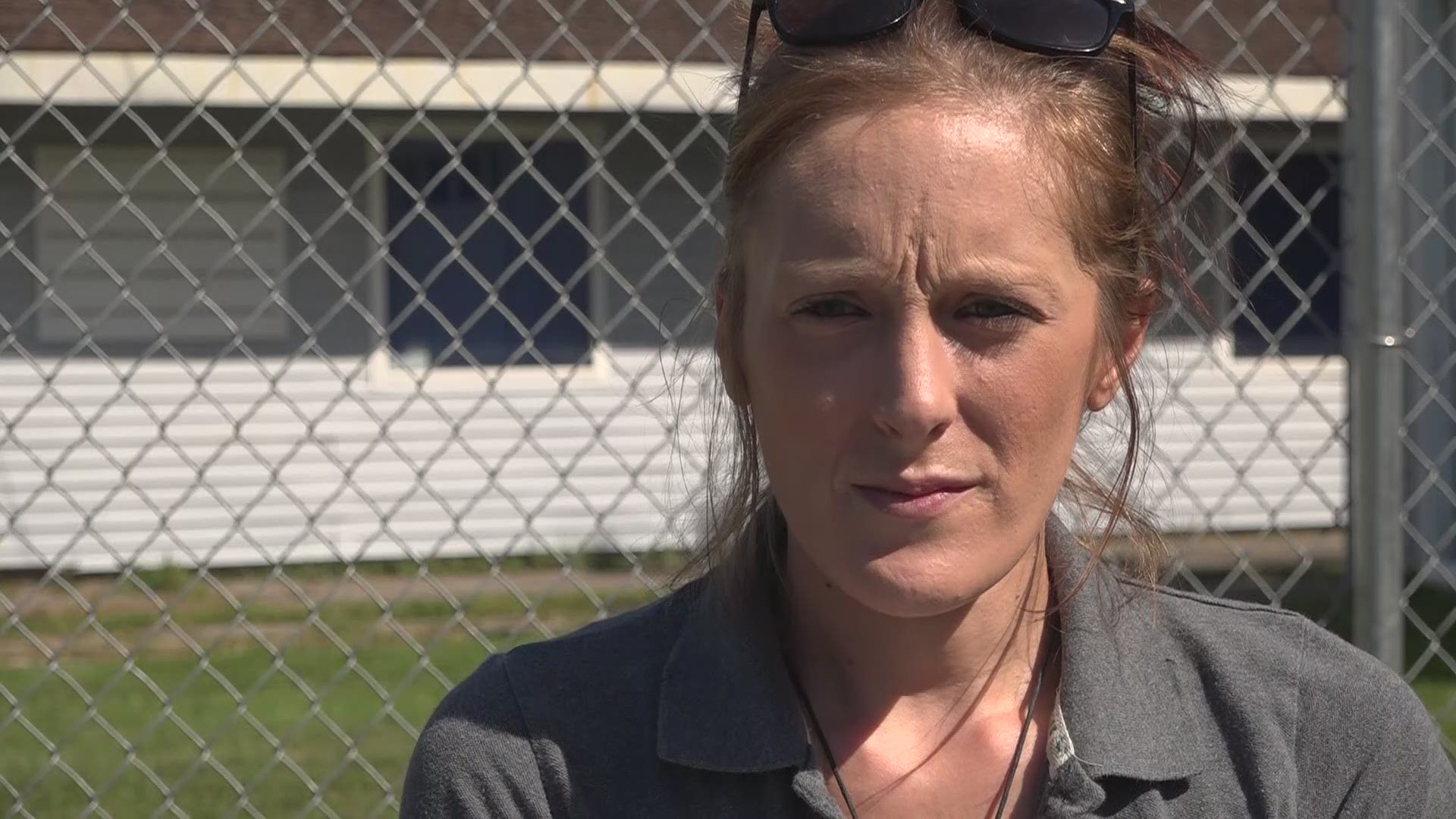 BANGOR, Maine — One day after making obscene gestures in open court and being released from jail on her own personal recognizance, Kimberly Nelligan, 33, is telling her side of the story exclusively to NEWS CENTER Maine.

Nelligan made these gestures and mouthed inappropriate phrases while appearing in front of a judge Wednesday on charges of endangering the welfare of a child and possession of a scheduled drug in connection to her toddler daughter's death.

"Jordynn loved me more than she loved anybody in the world," Nelligan said Thursday.

Nelligan's daughter Jordynn, 1, passed away in October 2018 from acute fentanyl intoxication, according to the state medical examiner's office.

According to court documents, the medical examiner further found Jordynn's death was caused by the toddler somehow ingesting the lethal drug.

"I never rubbed anything, any type of heroin, fentanyl, whatever, on my daughter's gums," Nelligan said. 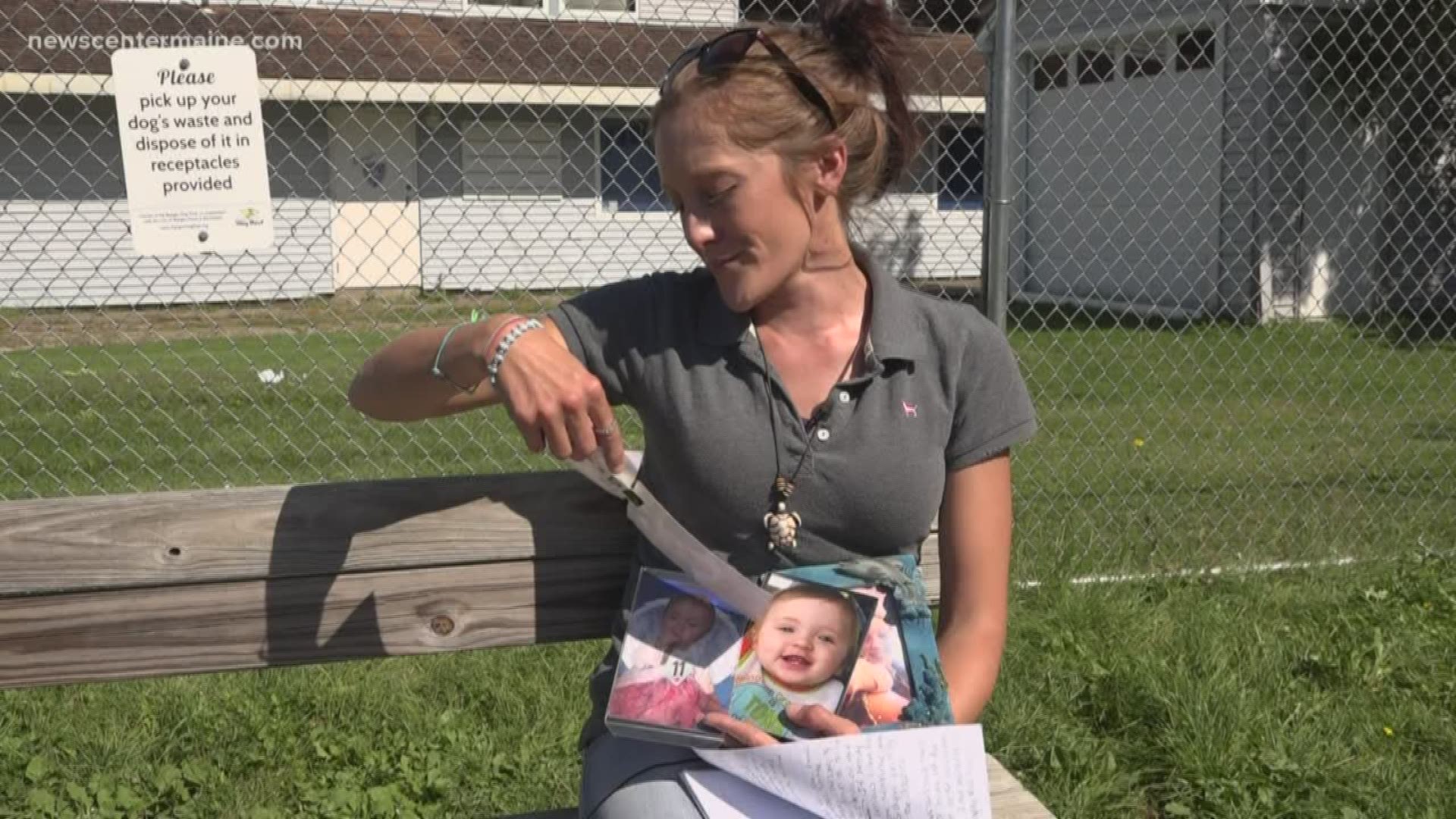 News of the toddler's death and Smith's testimony to police, coming out in those court documents, quickly led to public outrage on social media.

"I don't blame anybody for the way they feel, not at all," Nelligan said, while fighting back tears. "I don't think any of you are wrong for how you feel. I just think you're wrong to think that I actually did that because I didn't do that to my little girl. I did not do that to her. I can't. I wish I could look at you all in your face and tell you I know exactly what happened to her."

Nelligan maintains her innocence, saying she never gave fentanyl or any other illegal drugs to any of her children, and that however Jordynn got a hold of the fentanyl, it wasn't from her.

"There are a lot of victims of addiction that aren't direct users of it," said Bangor Police Department Sgt. Wade Betters. "A child, especially a young child that really doesn't have a choice and didn't make a conscious decision to use an illegal drug and then ultimately that causing that child to lose its life is pretty depressing."

Eleven months to the day of Jordynn's passing, the mother of three was still distraught talking about her daughter, her second loss of a child before their time.

"I did nothing to either one of them at all," added Nelligan. "I am at fault for allowing [Jordynn's] dad around her and I shouldn't have. I know that."

Nelligan believes Smith's drug use is to blame for their daughter's death, not her own past use.

"I should have never let her father around her and believe me, I regret that for the rest of my life," Nelligan said, fighting back tears. "I will never forgive myself for that, ever, but I can promise the world that if I hurt her, I would've killed myself that night. I hate saying those words because I don't want my kids to ever think I'm going to do that but I would've killed myself because I could never live with myself if I did something like that."

As of Thursday evening, Smith had not been charged with any crime in connection with Jordynn's death.

Nelligan is undergoing a mental health evaluation, as instructed by the court as part of her release, and said she's willing to do whatever it takes to prove her innocence.

Nelligan is due back in court on Nov. 12.