Every face on the wall inside the Thomas Dunn Learning Center is a child under the age of 20 that died of a gunshot in St. Louis. 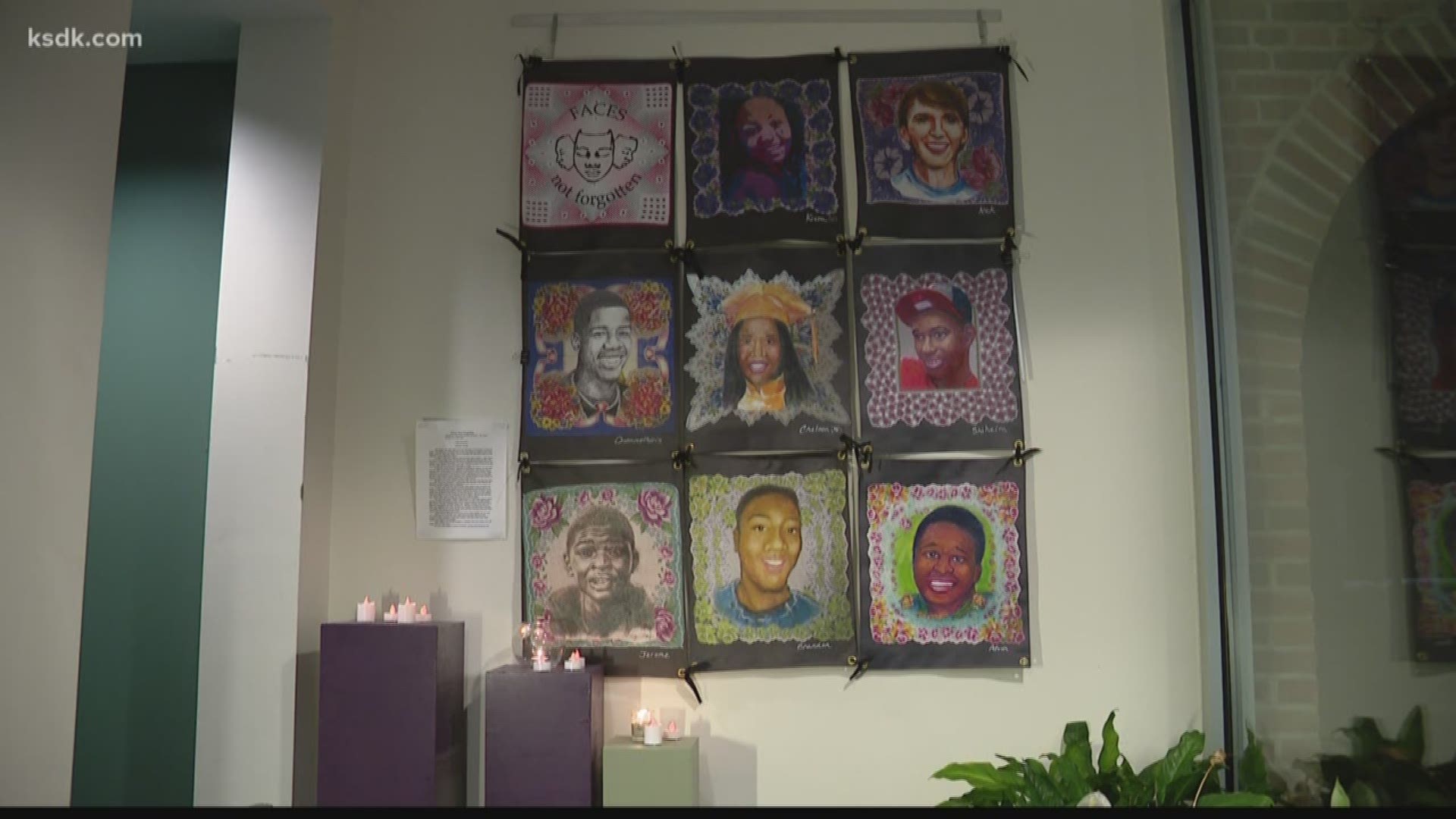 ST. LOUIS — Every artist wants their work to come to life.

"Bring out the eyes and the smile of the child," said Alton native Christine Ilewski.

For Christine, she means that in more ways than one.

"And I feel their spirit comes through the portraits," she said.

Every face on the wall inside the Thomas Dunn Learning Center is a child under the age of 20 that died of a gunshot in St. Louis.

For each portrait, Ilewski and her team of artists start with a happy photo of the child provided by the family.

"I kind of find myself talking to the child when I’m looking at the photo and the portrait. And I’ve always kind of said, 'Let’s do this for your mom,'" she said.

The inspiration for Jerome Triplet's portrait, came on one of his happiest days.

"He was in an alley riding a bike and he was having fun. He was just a joyful person," said Theodore Higginbotham, Jerome's grandfather.

"I think about him and I just wonder what it would be like if he was still here," he said.

Theodore is technically Jerome's grandfather, but he raised Jerome like his own son.

"He was only 15 and really didn’t get a chance to experience life," said Higginbotham.

Though he misses him every day, he's grateful his face won't be forgotten.

"It feels good because I think about him almost every day," he said.

It's a pain that Christine knows all too well. She too, lost her father to gun violence.

Unfortunately, she can't bring her works to life, but she can make sure, they aren't forgotten.

"Families don’t recover from it, they just do their best to carry on," she said.

You can see this exhibit for yourself here at the Thomas Dunn Center until the end of February. At that point, the portraits and many others from 15 other states, will be transported to Washington D.C. and put on display together on the National Mall.