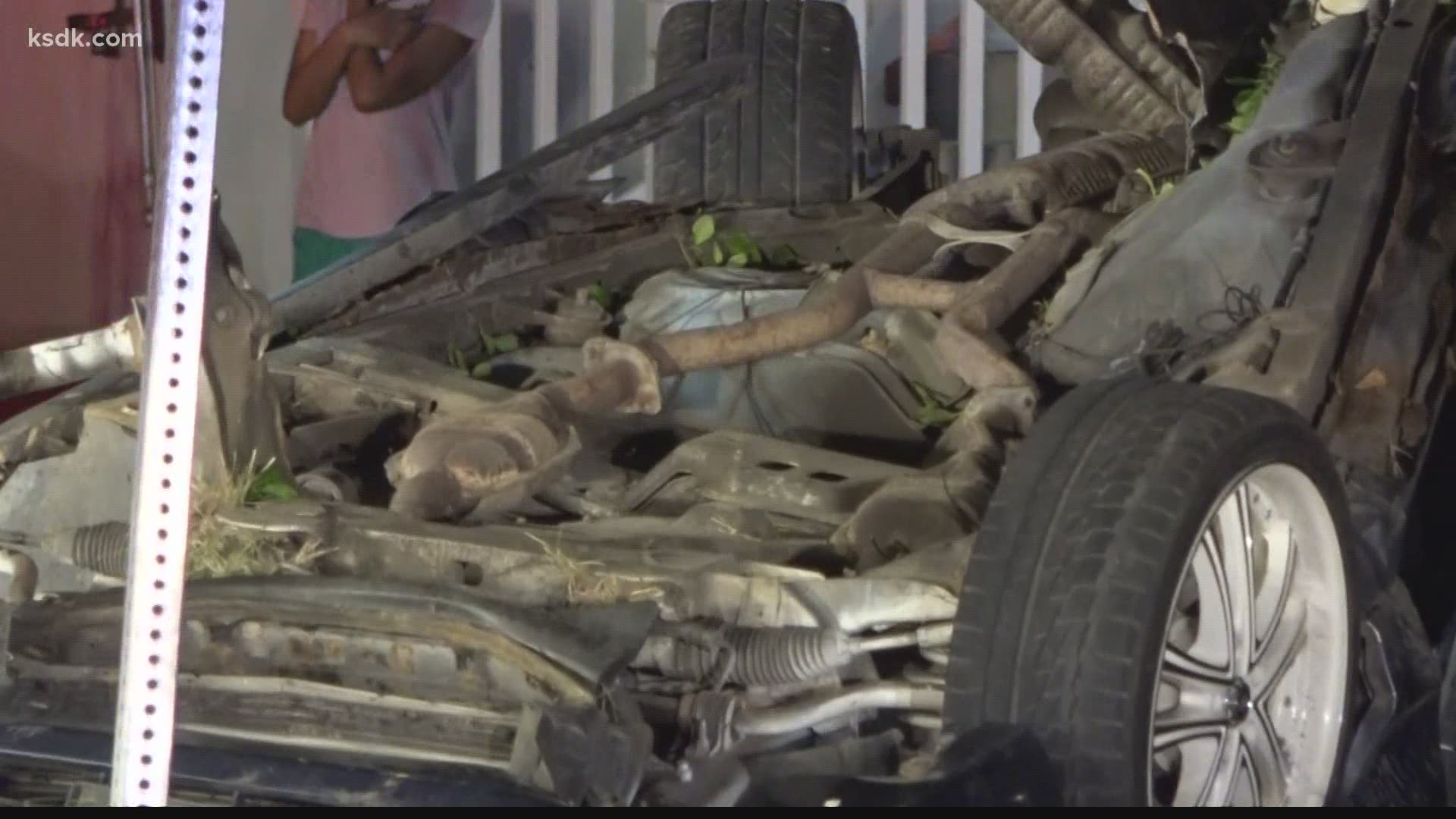 ST. CLAIR COUNTY, Ill. — Two men were killed in a car crash that ended on the front lawn of a home in Cahokia Heights.

The wreck happened at about 1 a.m. Friday near 56th Street and Lake Drive in the newly merged city of Cahokia Heights. The victims were Demont Whitby and Andrew Pannell, both 25, the St. Clair County coroner reported.

Video from the scene showed the vehicle crash landed on its roof. It had extensive damage, with pieces of metal and plastic strewn about on the front lawns of the homes along Lake Drive.

Police have not said what led up to the crash.

5 On Your Side will update this story when more is confirmed.