A Dodge Charger was speeding down Washington Avenue when it went through a red light and hit the back passenger side of a pickup truck, a police source confirmed 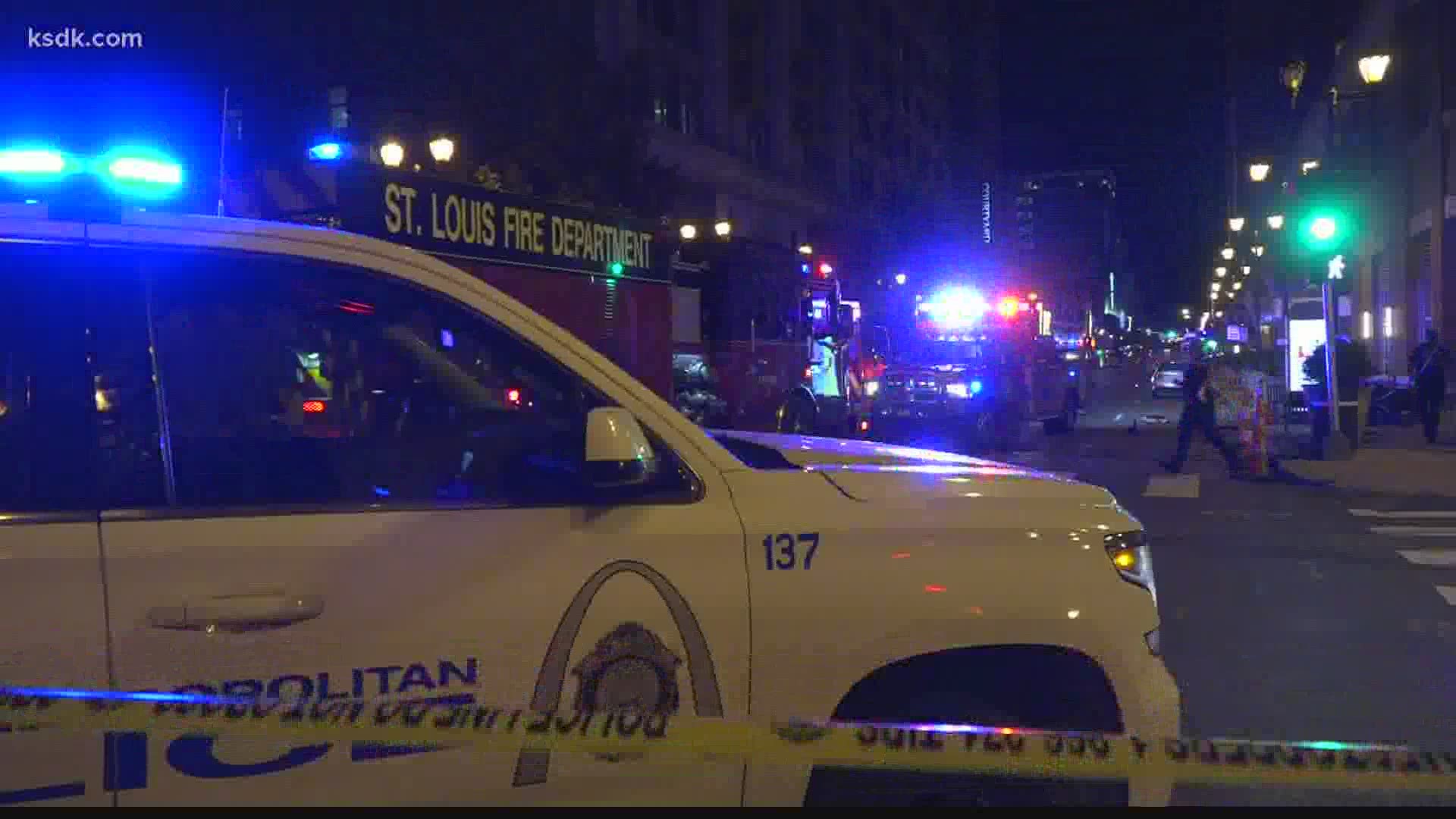 ST. LOUIS — A teenage girl is dead and several other people were injured in a crash early Monday in downtown St. Louis.

The crash happened shortly before 2:30 a.m. at Washington Avenue and North 10th Street. A 5 On Your Side photojournalist saw two people being loaded into ambulances.

A 17-year-old girl who was in the back of the truck was rushed to a hospital where she was pronounced dead, according to an incident report from the police source. Monday night, police identified her as 17-year-old Sierra Ward.

Another female was listed in critical condition; her vitals were unstable, the report stated. Two other passengers suffered broken bones.

The driver and passenger inside the cab of the truck were not injured.

A white pickup truck and a car were heavily damaged. A witness at the scene told 5 On Your Side he saw the car speeding down the road before he heard the crash.

Editor's note: An earlier version of this story contained an incorrect description of the vehicle in which the 17-year-old deceased victim was riding. It has been updated with the correct information.