2 killed after car crashes into building in Richmond Heights

A third victim is in critical condition 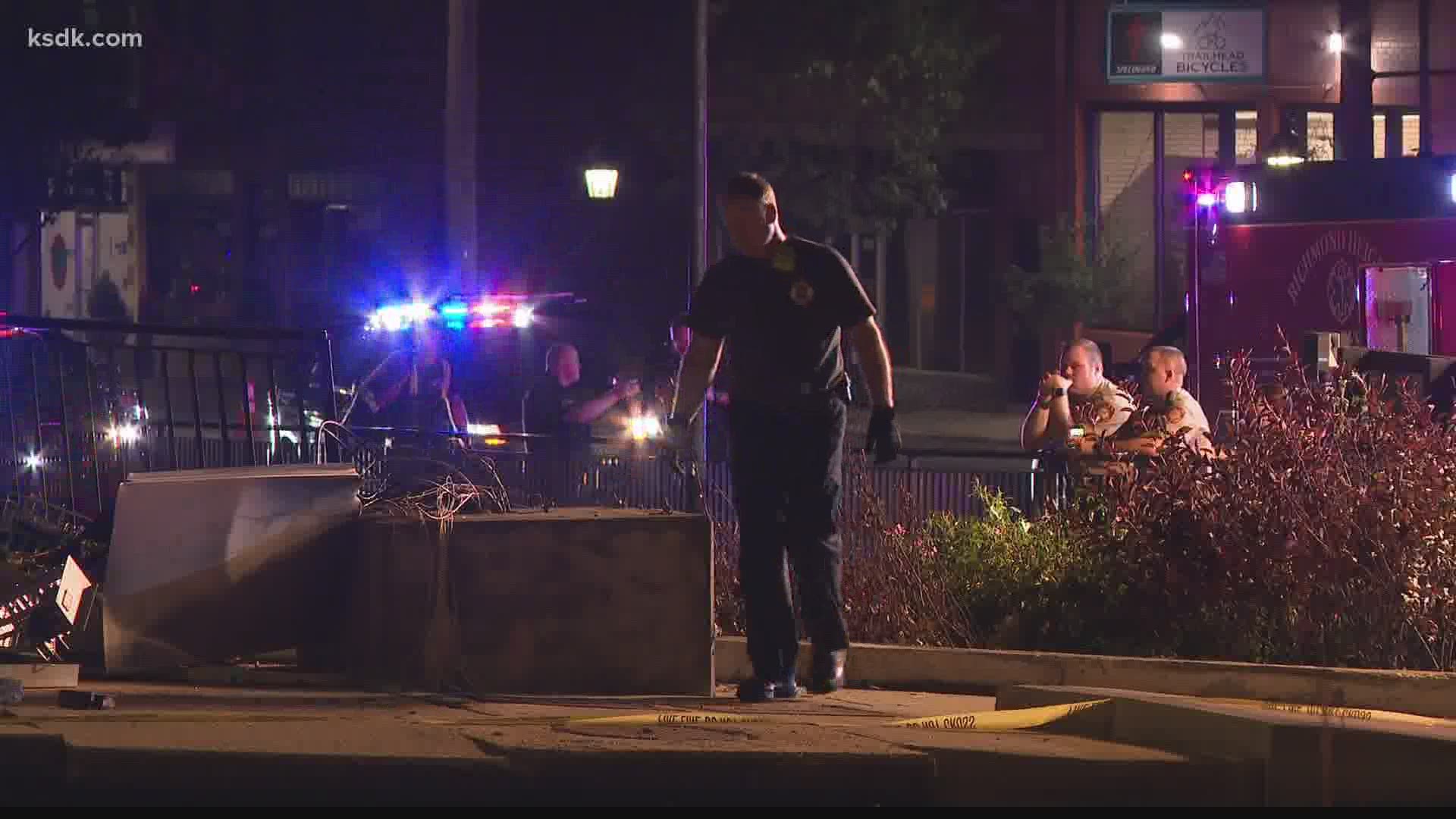 RICHMOND HEIGHTS, Mo. — An investigation is underway after a fatal accident in Richmond Heights Friday night.

The accident happened at around 10:30 p.m. at Big Bend Boulevard and Clayton Road.

Richmond Heights police said three people were in the car at the time of the crash. Two people died in the crash and the third person is in critical condition.

The car was traveling east on Clayton Road, lost control and crashed into a medical building. Police believe speed was a factor in the crash because the car "would not have been able to jump the curb and hit the building without speed.”

struck the medical building at the southeast corner of Clayton Road at Big Bend. At least two of the vehicle's occupants are deceased. Investigation is ongoing and information is limited at this time. Please expect traffic delays as this investigation continues.