Man charged for fatal crash that killed teen on Tuesday

Police have identified 15-year-old Alexi Hawkins as the victim. 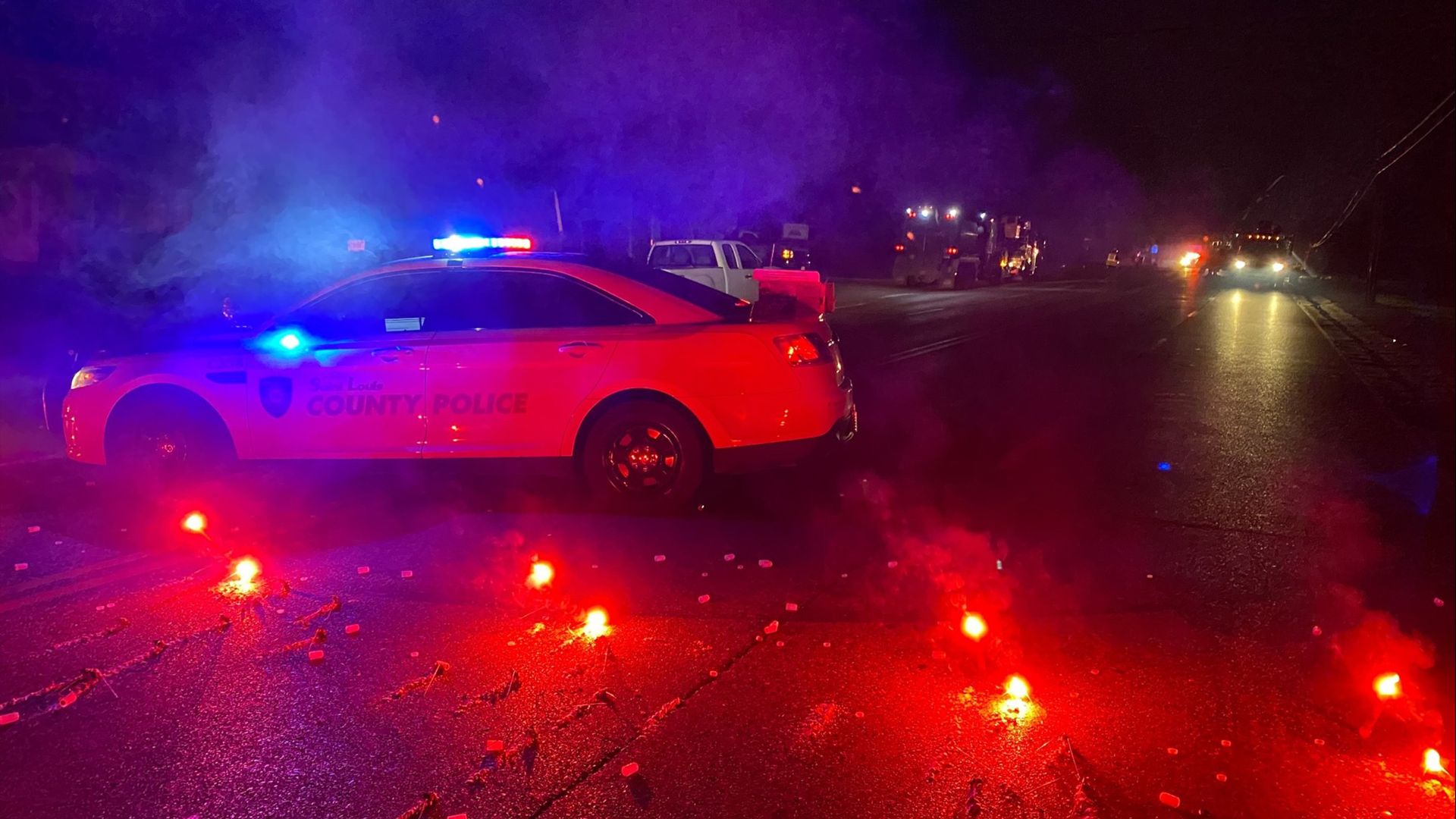 At around 8:33 p.m., a St. Louis County police officer saw a car with people hanging out of the windows while the car was swerving, police said in a Wednesday night update.

The officer tried stopping the car with lights and sirens. The car sped away and the officer stopped pursuing the car, police say.

The officer then found the car crashed into a utility pole near Gravois Road and Winternight Lane in Sappington.

Investigators said the Saturn SL was speeding west on Gravois Road near Winternight Lane, lost control and crashed into a utility pole.

"I was in my living room and I heard someone pump their brakes like tires squealing," Da'shaun Scott, a witness said. "You know when you hear those things, you think that's just someone speeding but then all of a sudden I heard a loud boom. Then I heard an explosion. The utility pole was split in half and transformer exploded."

One of the passengers in the car, 15-year-old Alexi Hakwins, was pronounced dead at the scene. The driver and two other passengers were taken to a hospital with non-life threatening injuries.

Scott said speeding along the stretch of Gravois Road is a big problem.

"You see people speeding a lot," Scott said. "When I first moved here I was thinking why are there all these police officers? When I am leaving my place you see officers hiding in different places all the time."

Scott hopes police and the community find an answer for the reckless driving soon.

No other information has been released.

The crash is being investigated by the St. Louis County Police Department’s Bureau of Crimes Against Persons and accident reconstruction team.