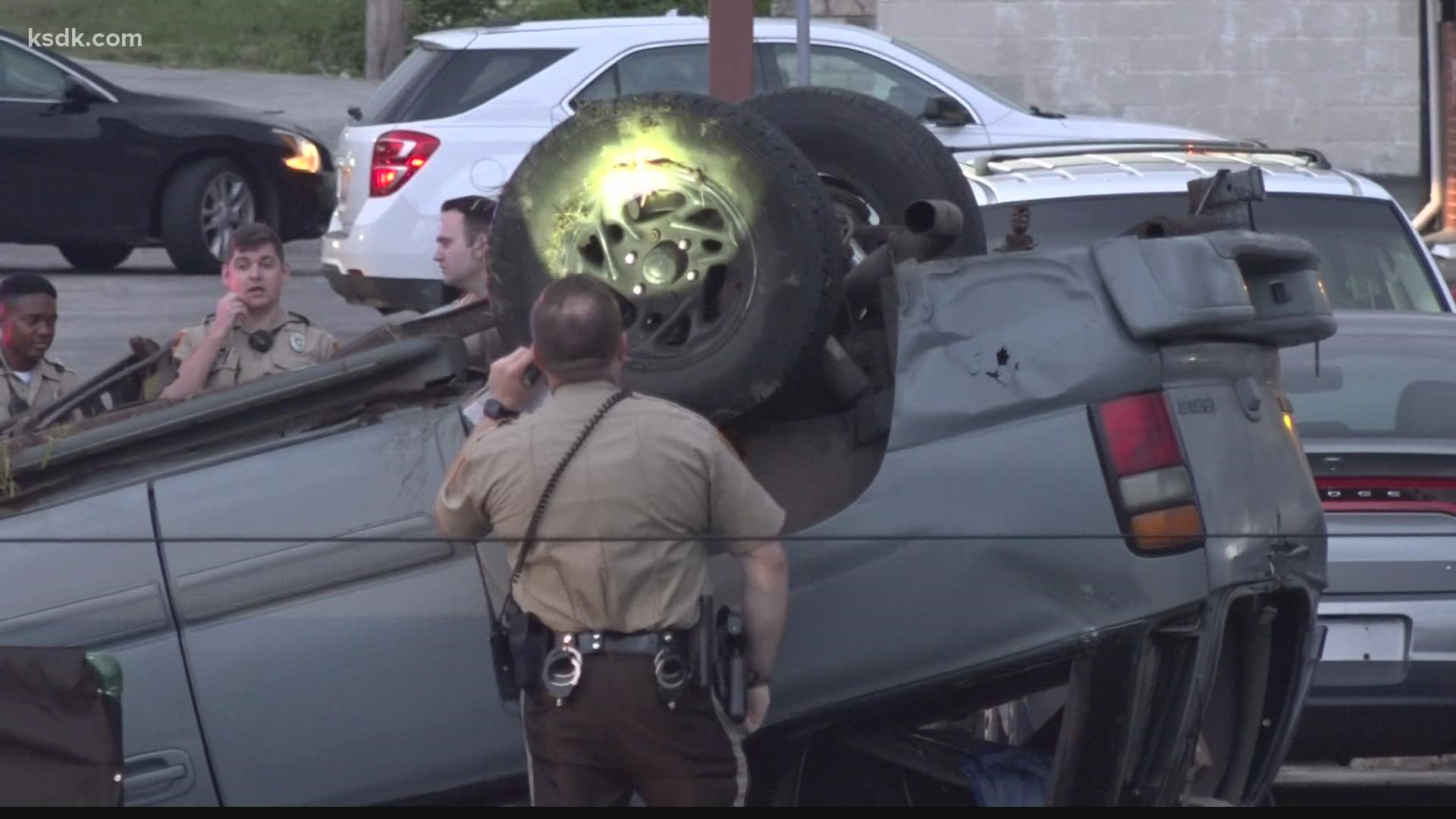 At around 5:30 a.m., St. Louis County police were called to Jennings Station Road and Brookfield Drive for an accident.

According to police, a Chevrolet Suburban was traveling westbound on Jennings Station Road when it left the roadway, hit a utility pole, overturned and landed on its roof.

There were five people in the car at the time of the crash.

One of the passengers, 18-year-old Hailey Smith, was pronounced dead at the scene. Another woman was taken to the hospital with life-threatening injuries.

A 5 On Your Side photojournalist at the scene saw police had closed down a section of the road while officers worked to investigate what happened. One vehicle was on its roof and had extensive damage.

Police said the road was expected to be closed for six hours.

A power pole appeared to be snapped in half, with one section lying across several lanes and the other half dangling above the road, still tethered to the connecting wires. More wires were draped onto the roadway.