"The creek is overgrown and that's the most frustrating part, is that I feel it can all have been avoided with some maintenance."
Author: Justina Coronel (KSDK)
Published: 11:42 PM CST January 10, 2020

FENTON, Mo. — Business owners on Horan Drive in Fenton were hit hard by flooding in the past year, and they're hoping they don't get flooded out again with this weekend's storm.

Dennis Shy, owner of Paul Davis Restoration in Fenton, is used to saving the day, when it comes to water damage. He never thought he'd be flooded with the problem he's used to fixing.

"The first flood in May, in the back of the building, we lost 14 cars to this flood," Shy said.

A surveillance photo shows that high waters reached the hoods of the cars.

Shy said they've had three floods since May. But this is the first year they've seen flooding this severe since the '93 flood.

Many point their fingers to the Yarnell Creek next door, as it overflows when it rains.

D'Anne Weber, owner of Weber Made USA, is one of the other 12 businesses working in this building. "The creek is overgrown and that's the most frustrating part is that I feel it can all have been avoided with some maintenance," she said.

We're told that many of the owners have had a hard time figuring out who's exactly in charge of the maintenance of the creek since many of the agencies are pointing their fingers to each other for the work to be done.

But Weber says she can't afford another flood.

"We didn't have walls, we didn't have floors. We were able to use a quarter of our facility. It was devasting to our bottom line," she said.

That's why Shy is taking matters into his own hands. Their company got a 25-ton load and made about 1,500 sandbags to wrap around the building.

"These are our neighbors, we are trying to protect the property," Shy said.

He knows he can't control the weather, but he can pick up a sandbag and protect as much as he can from Mother Nature. 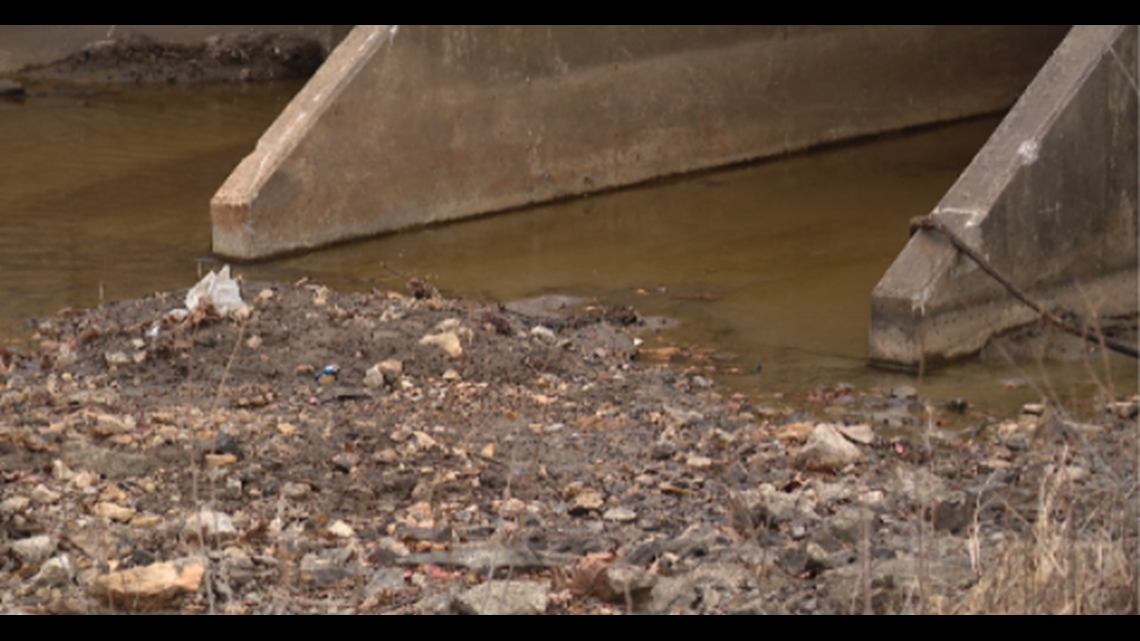 'It'll be a good test of the system' | Eureka prepares for potential flash flooding
EUREKA, Mo. - Eureka city officials say they've fixed a drainage problem that led to flash flooding last summer, and this weekend's rain will be the first test of the work. Twice last summer, several inches of rain fell in just a couple of hours, causing water to rise.

RELATED: People in Granite City prepare for flooding ahead of weekend forecast