Ferguson Brewing Company withstands another round of community unrest 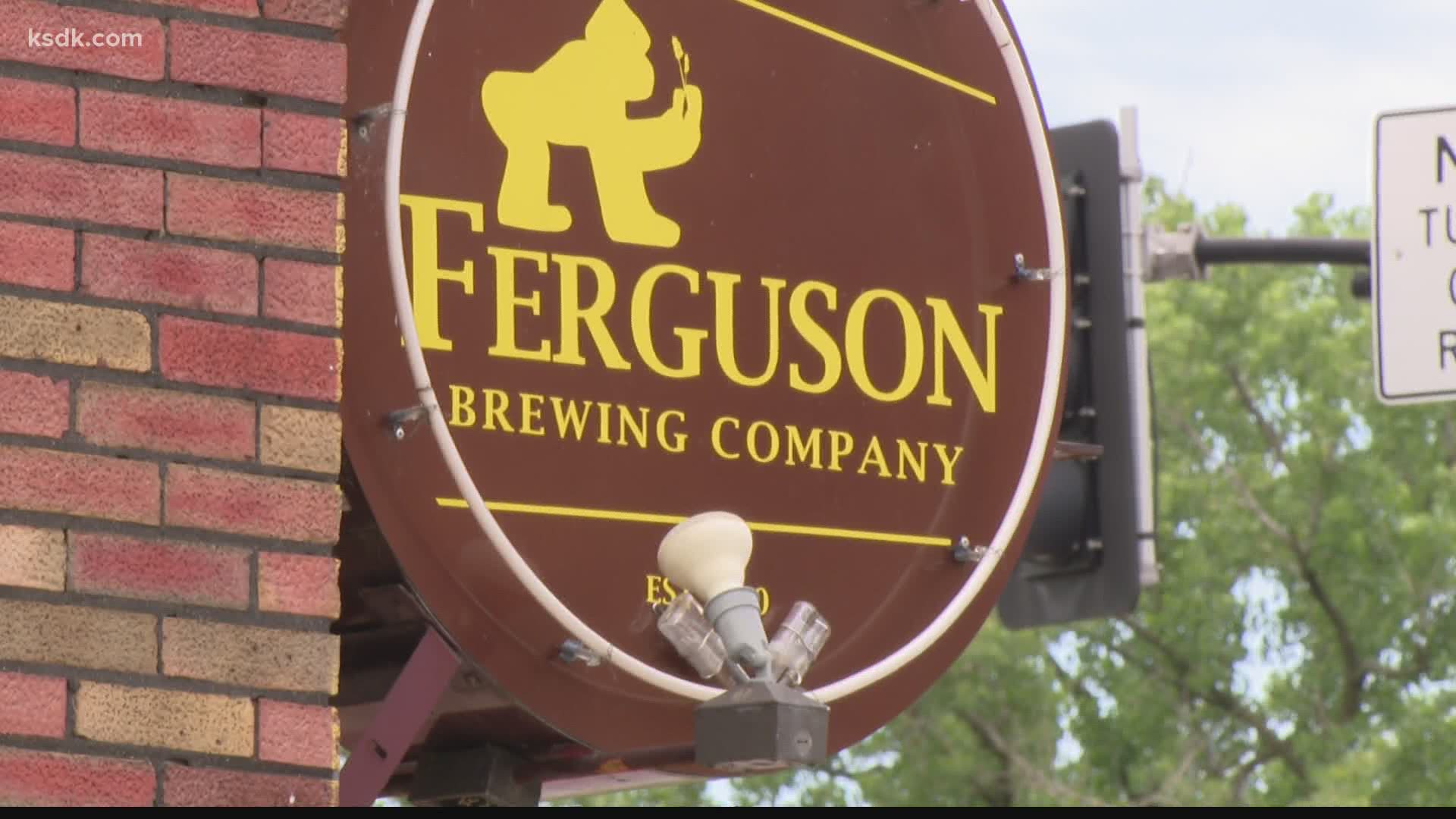 FERGUSON, Mo. — Just as “open” signs lit up again in the windows of Ferguson Brewing Company, with guests welcomed back into their dining room, some of those windows had to be boarded up late Sunday night.

Rioters among the protesters for racial justice following the death of George Floyd shattered several of the restaurant’s windows. The owner said even after another round of unrest in this community — it’s this community that keeps him going.

Robb Wiesen posted a message to Facebook asking for continued support of his and other Ferguson small business, still deep in the pitfalls of coronavirus closures:

"Tonight I watched on live tv as people threw objects and broke our windows at Ferguson Brewing. A business that I’ve literally poured blood, sweat, and tears in to building and rebuilding over the last ten years. We’ve been through a tornado, kitchen fire, corona virus, civil unrest in 2014 and current. It’s been exhausting. As upset, tired, helpless, and sad as I am; there are people in the community that are literally cleaning up the pieces and boarding up the windows as I’m posting this. That’s what #Ferguson is about. You may see the protests and violence and think Ferguson is an awful place. But I would bet the business that the people that are causing the damage in our neighborhood, are not actually from our neighborhood. Please help support Ferguson businesses any way you can. We need it now more than ever."

Fighting through the exhaustion, Wiesen had the restaurant up and running Monday, just hours after the smoke cleared. Customers showed up, too.

“I love the place, I haven’t been here in a while but we wanted to come out and support the local businesses today,” said Troy Harkin, who was motivated to visit FBC after seeing the news of the weekend unfold.

“We’ve got to help keep things going,” said Tammy Campise, who hopes people continue to see the good in small businesses and each other. “We had people out here the other day cleaning everything up,” she said.

RELATED: ‘I stand in solidarity with everyone against injustice,’ Sam Page on George Floyd's death