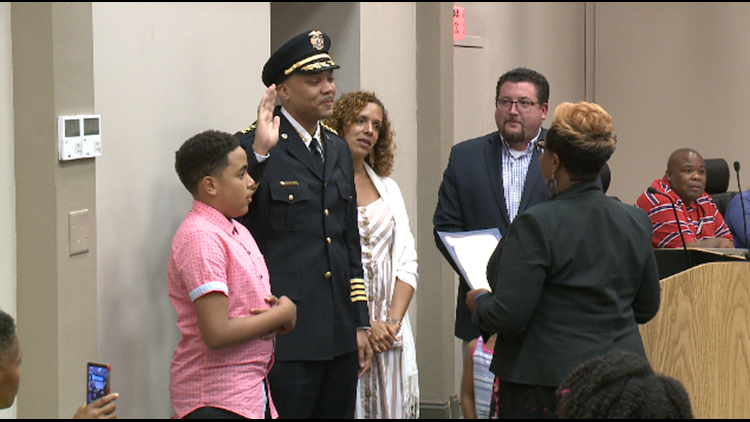 "We've got to get fully staffed," Armstrong said. "We've got openings, we have shortages, so definitely got to get more bodies into the organization to help us carry the workload."

In the more immediate future, crowds will gather next month to commemorate the fifth anniversary of Michael Brown's death and the unrest that followed.

"I already met with some of the Brown family," Armstrong said. "They came, reached out to us, let us know some of the events they have so we can have measures in place to make sure they have a nice, safe celebration."

Lorene Robertson lived through the demonstrations five years ago. She moved out of Ferguson afterward but still works there.

Robertson said it's hard to explain the realities of her life to her young granddaughter.

Not everyone at the Tuesday night city council meeting supported hiring the Armstrong from out of state, especially while Ferguson is in the middle of making Department of Justice-mandated changes.

"I keep asking the council to do the right thing. You keep telling me 'no.' Not in words but in your actions," Cassandra Butler said to city council members.

Robertson said she hopes a new chief can make changes in Ferguson, but ultimately believes it's up to Ferguson resident to try to make things better.

"I guess it's really up to the people. Either you are or you're not," Robertson said.