Six people who were inside the building were able to escape 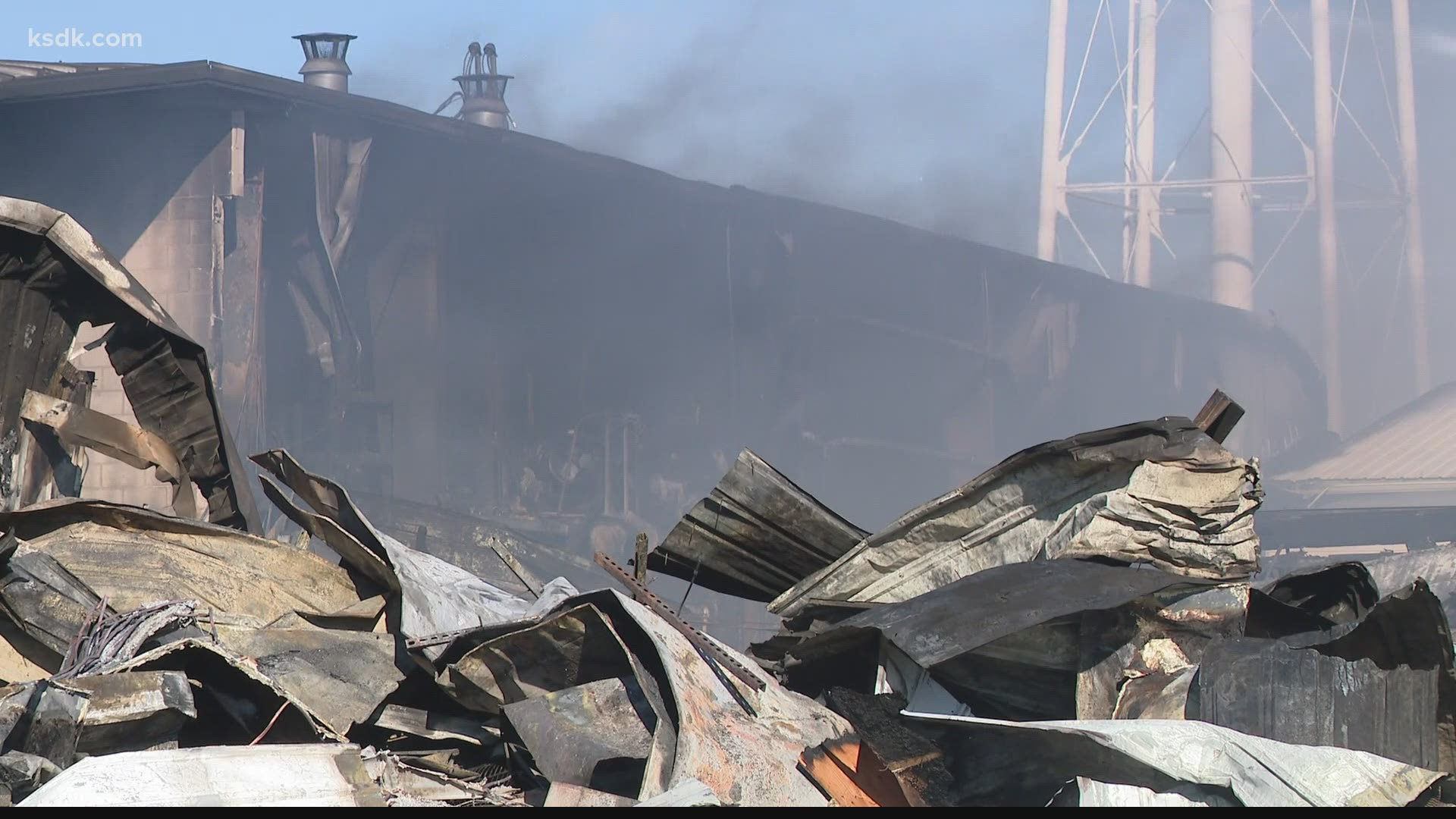 FAYETTEVILLE, Ill. — A fire destroyed much of the building that housed the main employer of a small Illinois town Monday night.

When firefighters responded to the Deli Star plant in Fayetteville around 10 p.m., there was heavy fire coming through the roof, Fayetteville Fire Department Chief Randy Vasquez said. Six people who were inside the building were able to escape. No injuries were reported.

Fifteen departments were called in to help fight the fire.

"Some challenges we ran into were water supply and with the weather being cold, some things starting to ice up on us," said Vasquez.

A nearby water tower ran out of water, so firefighters had to put their boat into a river and pump out water.

While firefighters were working to extinguish the fire at the plant, they got a call to respond to a house fire, which pulled resources away, Vasquez said.

The plant is a U-shaped building. Most of it was destroyed except for the corporate offices in the back.

The Deli Star plant employs 80 to 100 people in the small town of roughly 400, Vasquez said.

Fayetteville is in St. Clair County, about 30 miles southeast of St. Louis.

“A substantial fire took place at Deli Star’s Fayetteville, Illinois, production facility Monday evening. We are thankful no one was injured during this incident and we are grateful to the fire departments from Fayetteville and the surrounding municipalities for bringing the fire under control. We will work with local authorities and inspectors to determine the cause of the fire, and we appreciate the support of our neighbors during this time.”