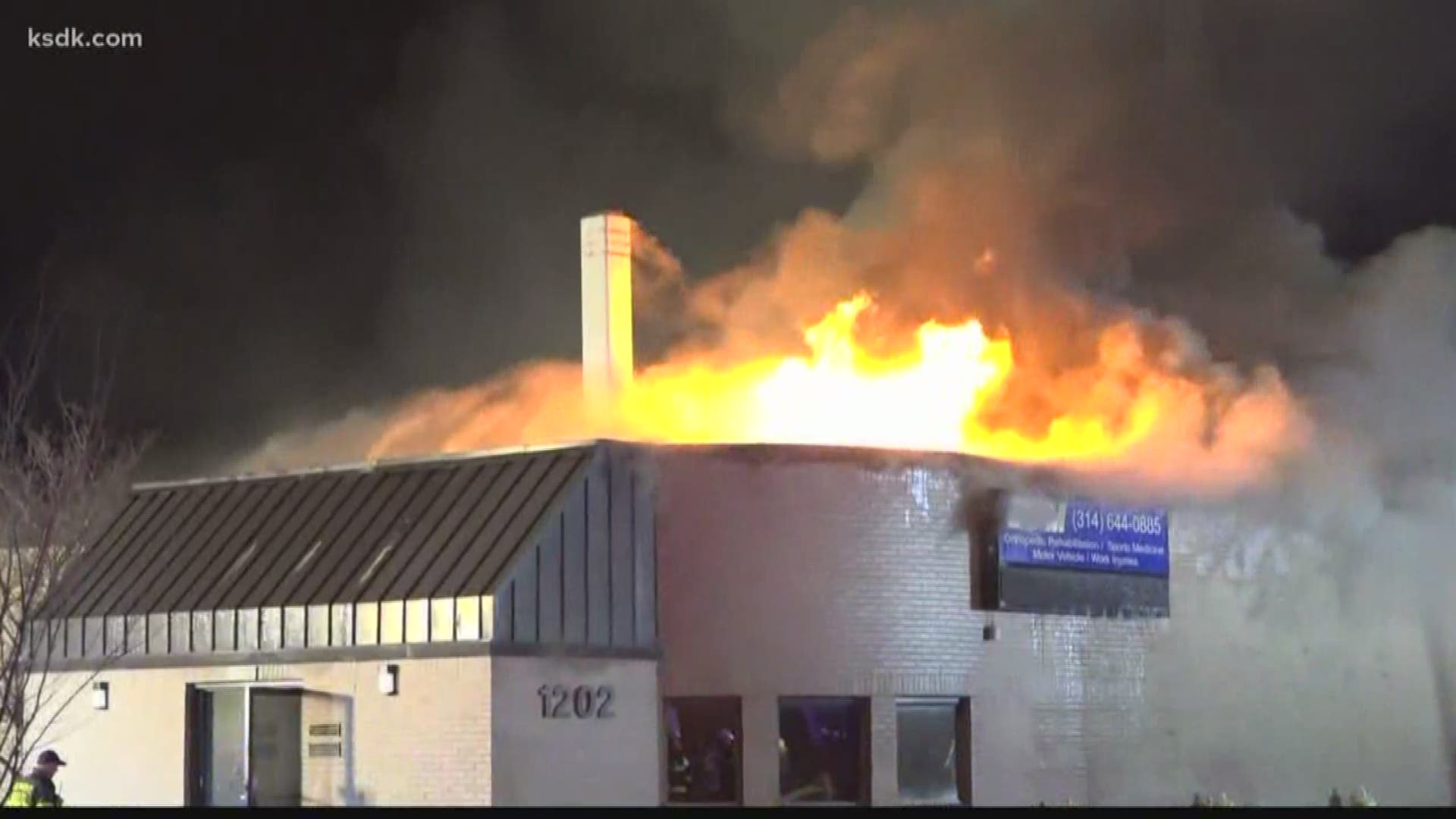 RICHMOND HEIGHTS, Mo. — Firefighters from several departments are on the scene of a large fire early Monday morning at a Richmond Heights sports medicine clinic.

The first-alarm fire broke out shortly after 4 a.m. at Esquire Sports Medicine in the 1200 block of Bellevue Avenue.

Flames were seen shooting through the roof for nearly an hour before firefighters brought it under control, but the fire reignited shortly before 5:30 a.m.

Metro brought in several warming buses for firefighters. Temperatures are in the teens.

Four doctors work at the clinic, which is the oldest in St. Louis, according to the clinic's CEO Dr. Bill Droege. He spoke with 5 On Your Side at the scene with his two daughters at his side as firefighters worked to put out the flames.

"I can't tell you how horrible this is," he said. "To wake up and see 50 years of your business go down the drain, it's devastating." 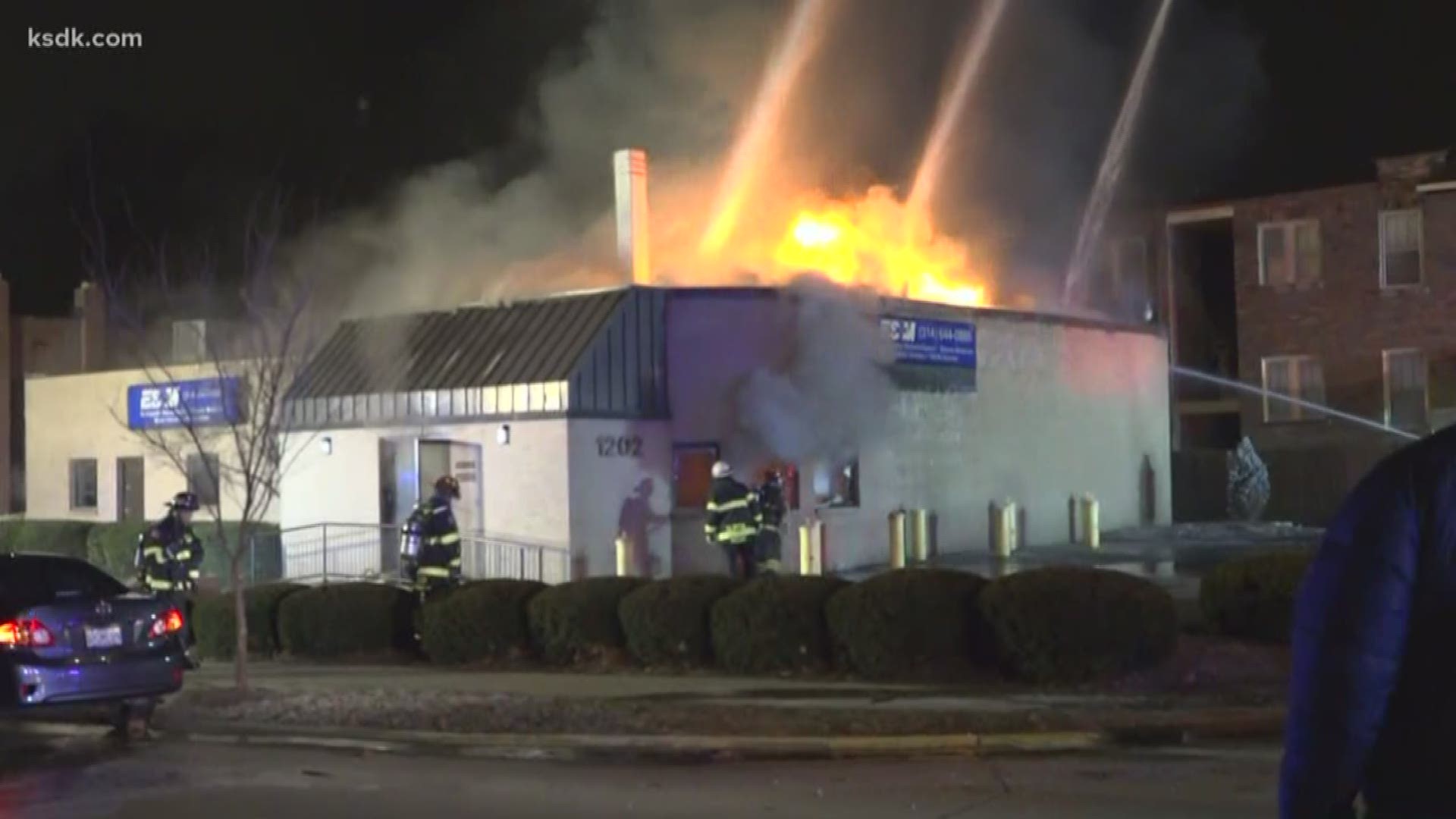 Droege said they were expecting to see about 70 patients at the clinic on Monday. He plans to meet up with the doctors to figure out how they'll continue to provide services for patients.

"We'll figure it out," Droege's daughter said to her father while talking to reporters before saying "I love you" through tears.

Droege said the clinic is a family business that's been a staple in the Richmond Heights area for decades. He bought the business 40 years ago, but the building has been there for at least 60 years. It was once a gas station and then a pharmacy, before being turned into the rehabilitation facility.

Droege's daughter told 5 On Your Side her father and the practice have helped a lot of local celebrities through the years and there were several sports memorabilia items that were likely lost in the fire.

"We may have lost a lot of important things, but as long as we have each other, we know we'll make it through," she said.

"Tell my patients watching this, we'll be back," Droege added.