Everyone was able to get out of the house safely, except for the family’s 3-year-old cat. 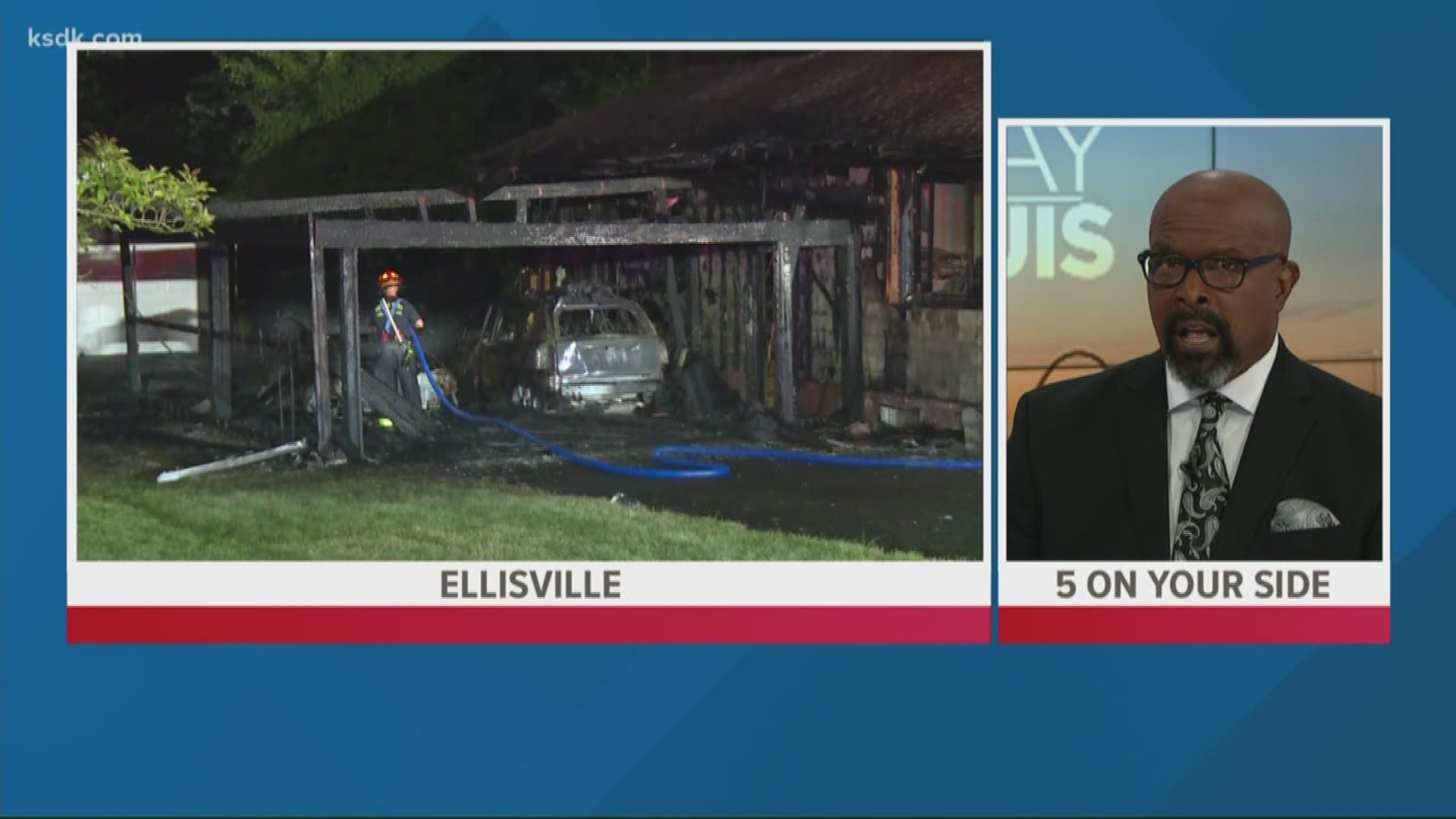 ELLISVILLE, Mo. — A firefighter was injured while battling a fire at a house in Ellisville Thursday morning.

Around 1 a.m., a woman was sleeping inside her house in the 300 block of Wolf Lane with her boyfriend when a neighbor started banging on the door to tell them the house was on fire.

They were able to get out of the house safely but unfortunately, the family’s 3-year-old cat Charlotte died in the fire, according to officials.

Firefighters were able to put out the fire that appeared to have started near the garage. Both cars inside the garage were destroyed.

While firefighters were battling the fire, a portion of the ceiling fell and struck one of them. The firefighter was able to walk out and was taken to the hospital with minor injuries. He has since been released.

The fire caused extensive damage to the home, but no neighboring homes were impacted. The fire is still being investigated but appears to be an accident, according to fire officials.

Officials said there were smoke alarms in the home at the time of the fire. As a reminder, they said everyone should check the batteries in their smoke alarms every month and replace smoke alarms after 10 years.