St. Charles firefighters warned that used fireworks can be dangerous after several fires burn down homes in the county 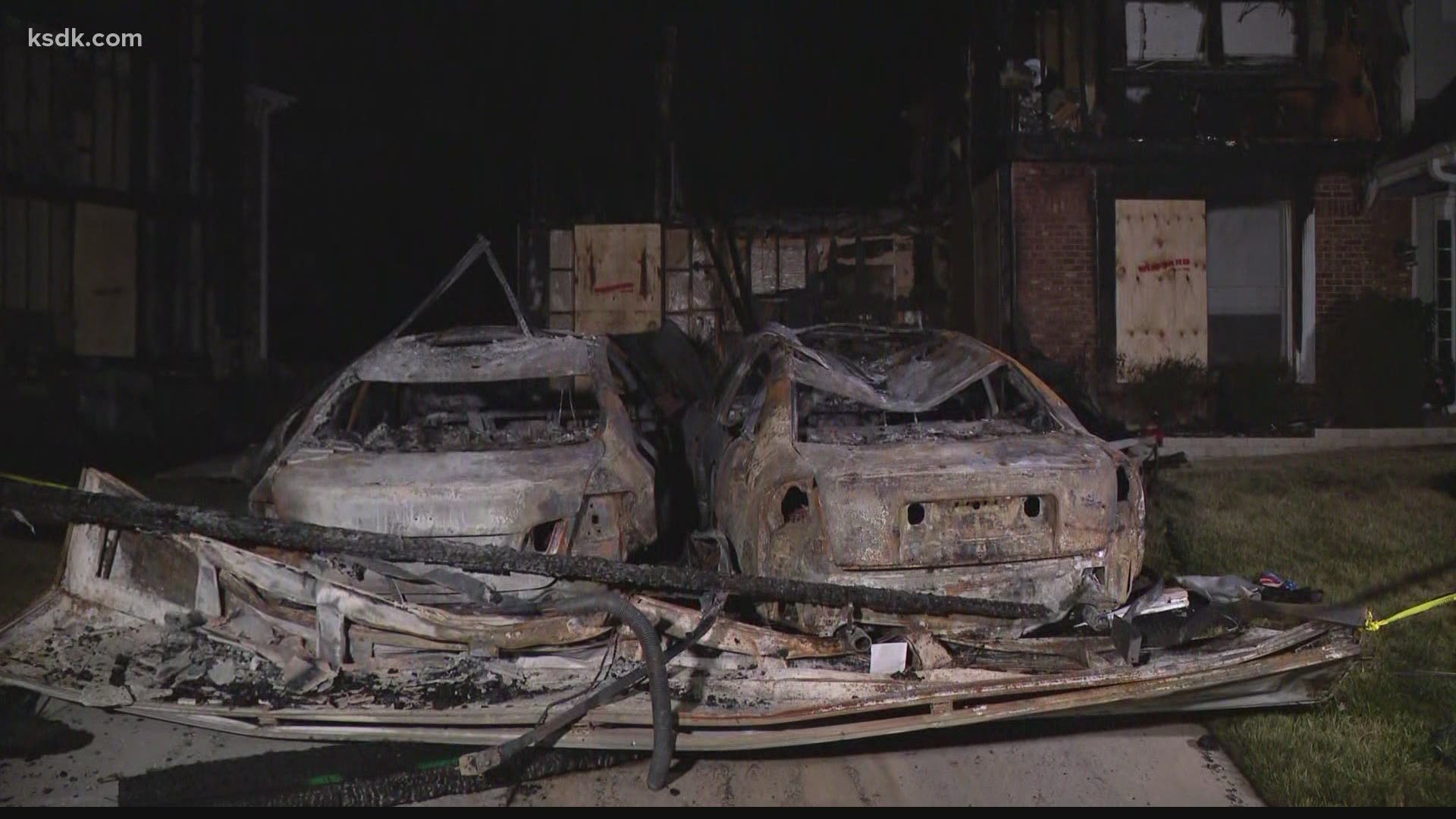 SAINT CHARLES, Mo. — From Weldon Spring to O'Fallon and St. Charles, firefighters in St. Charles County worked overtime on the Fourth of July.

"This year was definitely an anomaly," said Captain Kelly Hunsel of the St. Charles City Fire Department. "To have four structural fires in all of St. Charles County at the same time is really unprecedented."

The holiday weekend brought on more than just home fires. There were also brush fires and dumpster fires. Hunsel said she would guess there were up to a dozen fire-related calls in the span of about three or four hours.

Several departments were called in from neighboring cities, which also meant the people living in those areas had fewer people to respond to their medical emergencies.

"It became a 'Get them out, get them out [situation],'" said Rohr Conley. "I was worried that the gas tank would blow, and then it did."

Rohr Conley said even though they were able to pick up their used fireworks by hand, place them in a bag, and add liquid to them, the discarded fireworks still managed to catch on fire and burn her parents' house as well as catch their neighbor's house on fire.

Rohr Conley lives just a few doors down, so she has been able to take care of her parents while neighbors drop off food and toiletries.

"You know these residents they had their hoses out," said Hunsel. "The gentleman came out with a fire extinguisher and discharged it, but fires can grow so fast, and they can get hot so quickly."

Rohr Conley said she and her family have been shooting off fireworks for years and thought they were being responsible by moving their trash off the road.

"Things happen, and fireworks are dangerous," said Rohr Conley. "Fire is dangerous, and how fast that went up was impressive and amazing."

Hunsel said by sharing this story she doesn't want to embarrass anyone. She says fires like this happen to many people throughout the year. Someone's house might catch fire because of hot ashes — that's why she says people need to keep an eye out for their discarded fireworks or ash piles for the next few days.

It's an unfortunate lesson that comes too late for several people.

"We've had the nicest neighbors to the point it makes me cry," said Rohr Conley. "Thank you, St. Charles, very much."

Something else firefighters want you to keep in mind — ambulances were often delayed during the 4th of July holiday because fireworks often blocked roads. On top of mutual aid impacting resources to help put out fires, the holiday weekend may have been a tough one to have a medical emergency.