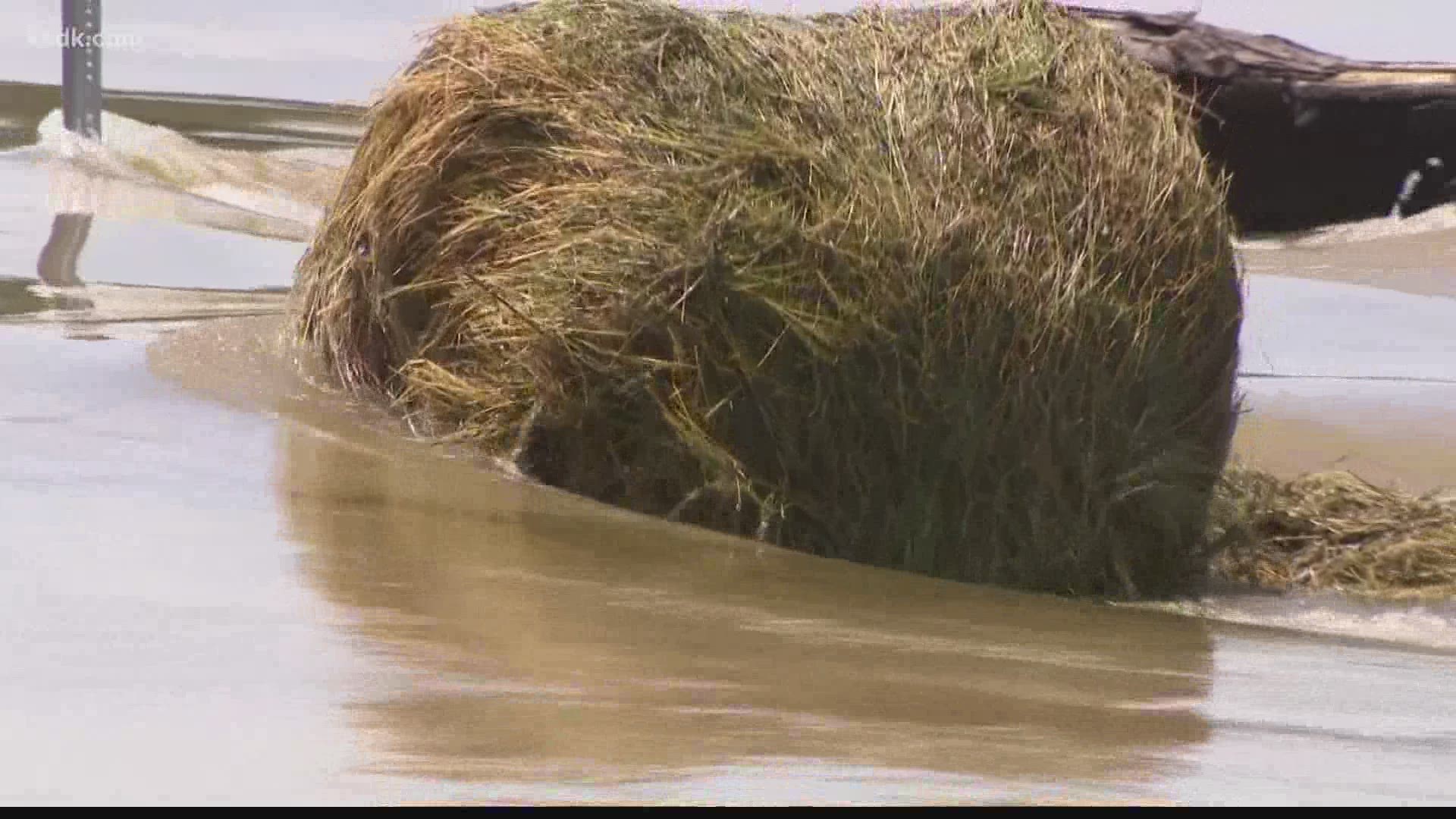 The morning's storms were the second half of a double whammy for Cuba.

"It's been a disaster,"  Indian Hills Community President Mary Beth Huffman tells 5 On Your Side.

The EF-0 tornado uprooted trees, took off roofs and dropped debris all through Indian Hills, then this morning heavy rain flooded some residents in.

"Often we get the spillway closed when water gets high," Huffman explains,  "This week we also had the Cove 9 bridge close and that hasn't happened in the last twenty years."

With both roads closed, residents on the other side of the lake were stuck. Huffman says about half the community was cut off for about two hours.

Closer to town, flash flooding shut down both directions of busy Franklin road.

"It started around 1:16am. We noticed we had thunderstorms developing around the area," Cuba Emergency Manager Rodney Neff tells 5 On Your side, "It was mostly down to our south and all of sudden it just blew up."

Cleaning up a building he leases on Franklin road, Joe Roberts recounted the morning's events, "You could take an air-boat out here this morning, it was that bad."

The gas tank behind Robert's building was picked up and twisted around. Two rungs of the fence at the back of the property were underwater when he first pulled up.

Pointing to the railroad overpass yards away Robert said, "The bridge down the road there was really bad, they stopped traffic at both ends, it was 5 feet."

Traffic is flowing on Franklin again, so is a little bit of water. Back at the lake, they are closing down on one of their busiest weekends of the year.

"The biggest weekend," Huffman tells 5 On Your Side, "Everybody was down here of course for the 4th of July celebrations."