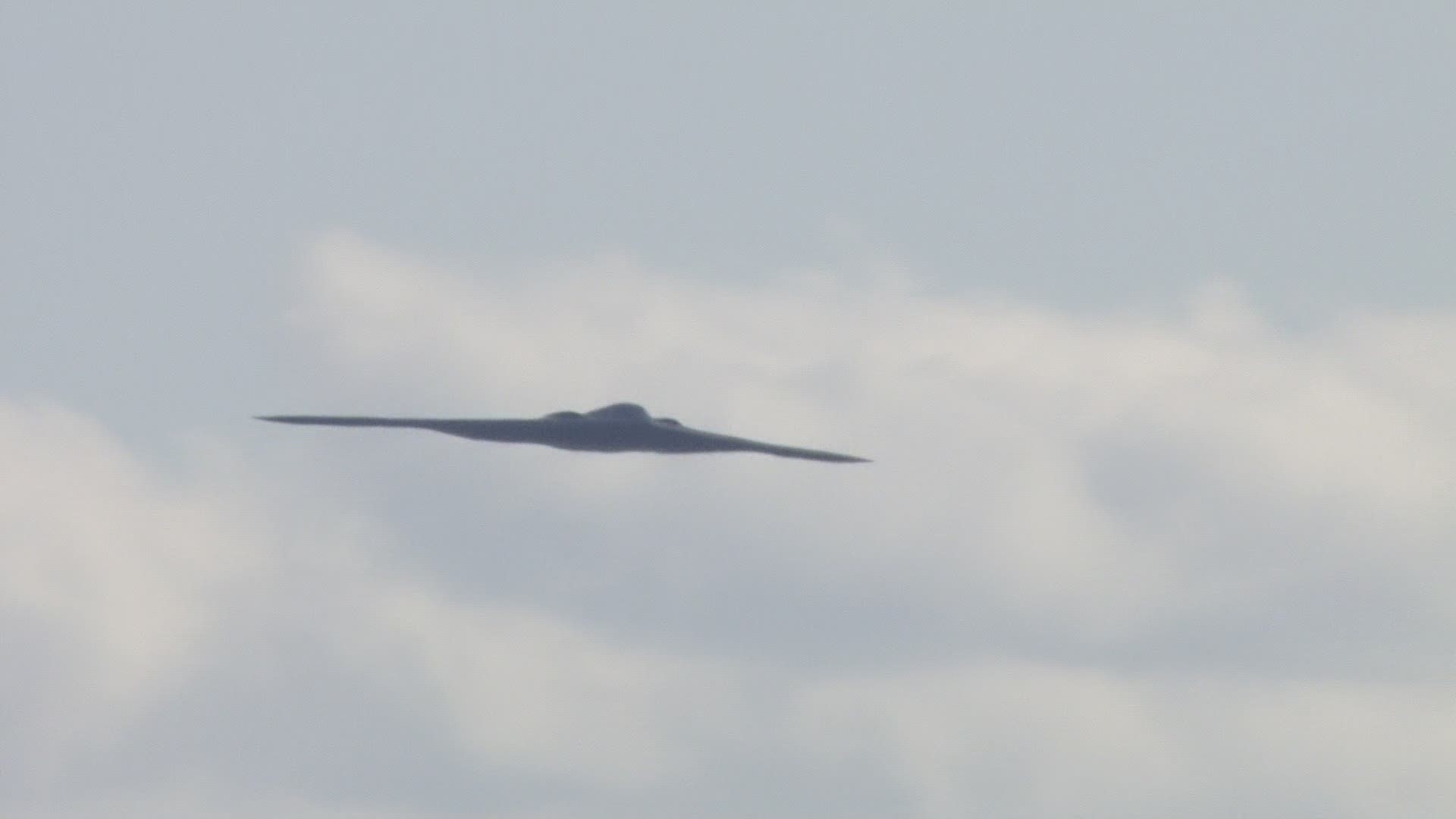 ST. LOUIS — Residents across the St. Louis area got a chance Friday afternoon to see a salute in the sky to health care workers, essential employees and volunteers.

The Missouri Air National Guard's 131st Bomb Wing conducted B-2 flyovers over six regions of Missouri Friday, including a St. Louis lap at about 5:12 p.m.

It was all part of an effort across the Air Force to honor first responders during the COVID-19 pandemic, according to Col. Ken Eaves, commander of the 131st Bomb Wing.

“We greatly appreciate the selfless service and sacrifices of our medical professionals and other COVID-19 essential workers,” Eaves said in a press release. “As Guardsmen, we’ve been honored to stand shoulder-to-shoulder with these incredible professionals. Currently, hundreds of Missouri Air and Army National Guardsmen are mobilized to support these efforts.”

If you missed the flyover or weren't in a spot where you could see it, check out 5 On Your Side's full stream of the event in the video below.

The flyover included a B-2 Spirit stealth bomber assigned to the 509th/131st Bomb Wings, which will pass over Camdenton, Cape Girardeau, St. Louis, Columbia, Jefferson City and Springfield.

During the flyovers, all residents are encouraged to follow strict social distancing guidelines and refrain from gathering in large viewing groups, the release said.

Dozens of similar missions have been conducted across the country in recent weeks.

The U.S. Air Force performs almost 1,000 flyovers each year, including air shows, sporting events, and any event in support of a patriotic holiday, the release said.

The 131st Bomb Wing is based at Whiteman Air Force Base and Jefferson Barracks.

This is the tentative schedule provided by the Missouri National Guard and times are subject to change.

RELATED: Here are 2 spots where you can see the flyover salute to essential, health care workers 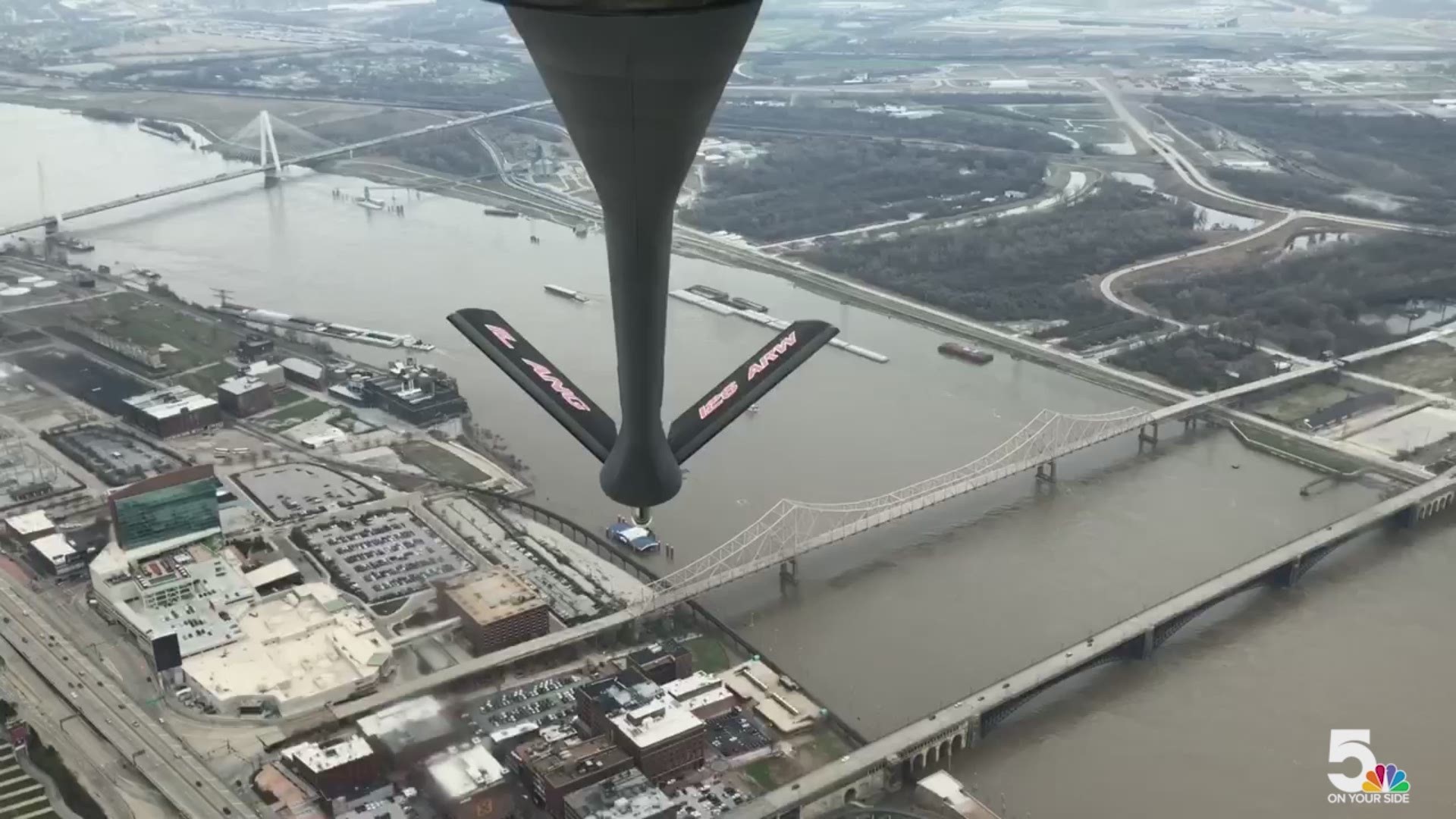