Watch: Woman and her grandchildren rescued from car in floodwaters

The dramatic rescue was caught on video 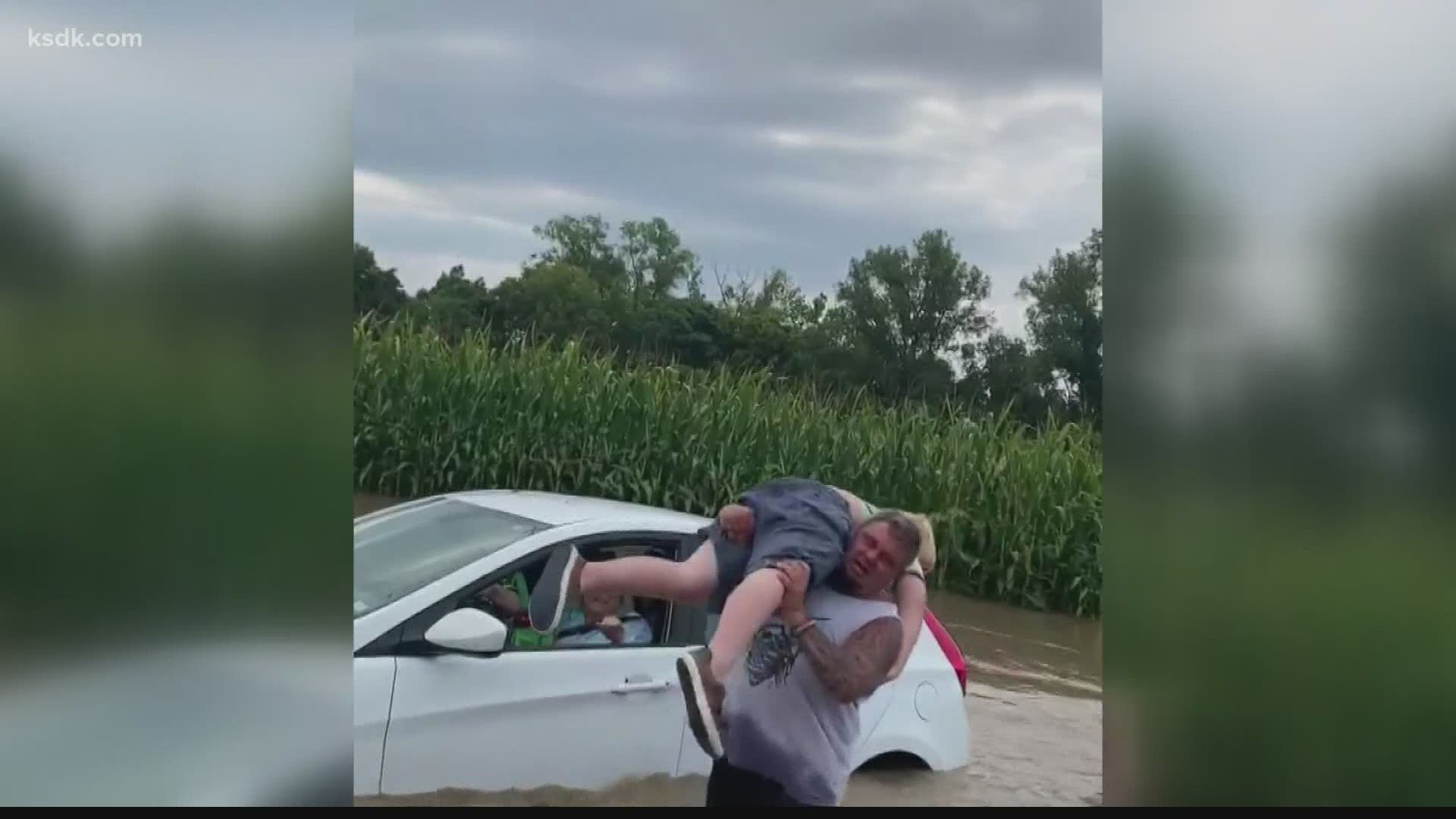 GLEN CARBON, Ill. — A dramatic rescue was caught on camera after a car was picked up by floodwaters in Glen Carbon on Sunday.

Scary moments were caught on camera for an Illinois grandma and her two grandchildren.

The three got stuck in flash floodwaters on Sunday along Highway 162 in Glen Carbon.

Mike and Tara Wilson, along with their two children, were on their way back from a family float trip when they approached the floodwaters and saw a car trapped in deep water.

That’s when Mike jumped out of his car and helped get the woman and her two grandchildren to safety.

"She started praying to have angels save her and she said the truck stopped," Tara said.

"She told us we were her guardian angels," Mike said. “We're glad we got to save a family’s life and the material things can be taken care of at a later time," Mike said.

Mike said he works for Superior Retaining Walls and Fencing and thanks to the supplies in his car, he was able to get out of there with the right equipment.

He reminds everyone to turn around if you see flooded waters.

"Don’t take any chances because the water can rise so fast and it can take your life so quick," Mike said.

But also reminded others to give a helping hand, if you can.

"Always help others and be the best person you can be every day," he added.

The woman and her grandchildren were very thankful for the Wilson family. All three are OK and were taken to a nearby gas station to be reunited with their family.