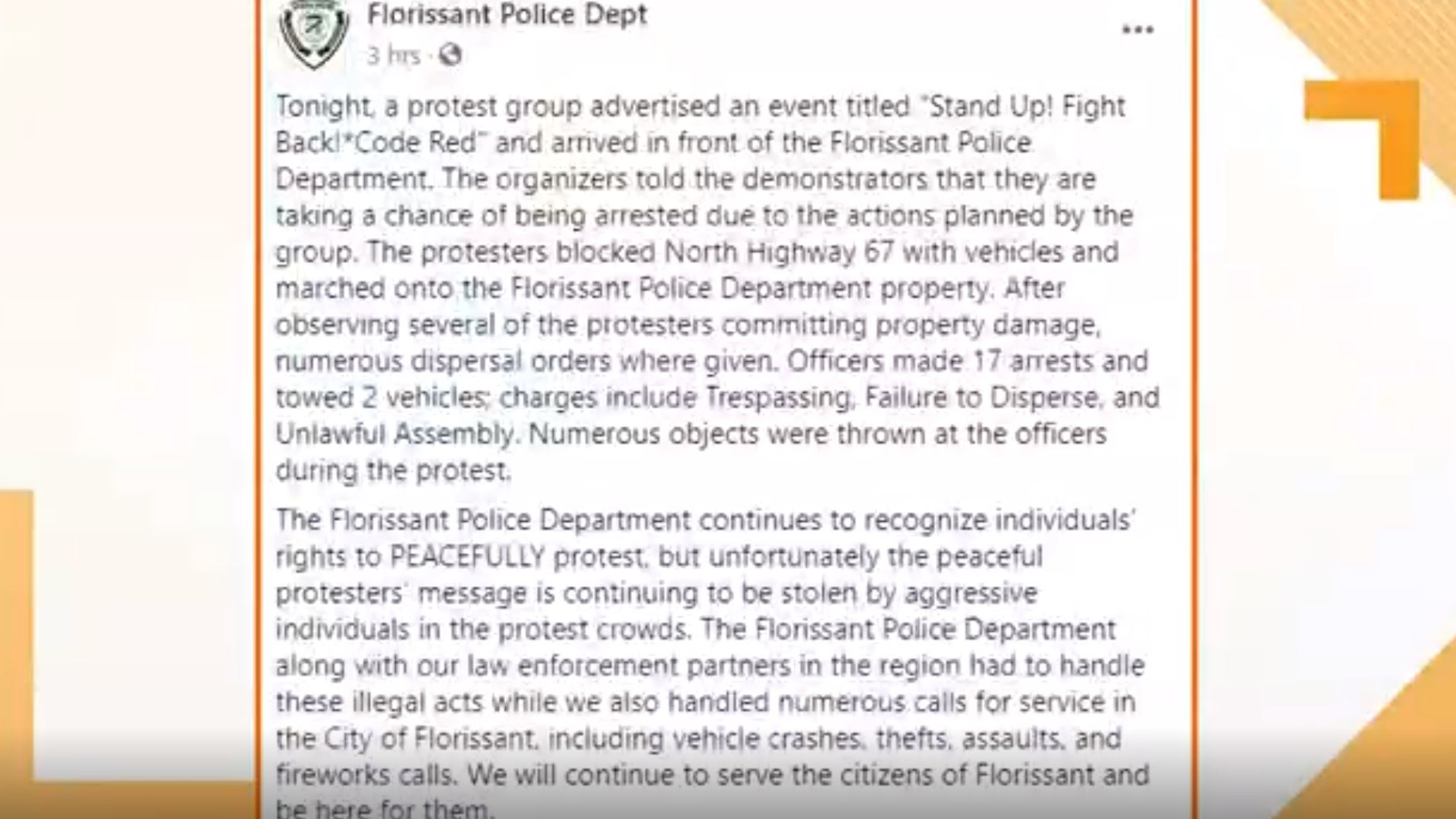 FLORISSANT, Mo. — Seventeen people were arrested and two vehicles were towed after another night of protests Sunday outside the Florissant Police Department.

The protests have been happening since video surfaced in June of a Florissant officer striking a suspect with his unmarked patrol vehicle. The officer, Joshua Smith, has since been charged, but protesters are demanding that the other officers who were present also be fired and charged.

Charges for those arrested include trespassing, failure to disperse and unlawful assembly.

"The Florissant Police Department continues to recognize individuals’ rights to PEACEFULLY protest, but unfortunately the peaceful protesters’ message is continuing to be stolen by aggressive individuals in the protest crowds," the department wrote on Facebook.

The Reverend Darryl Gray, an organizer with the ExpectUs protest group, said the protest was peaceful and that police unjustifiably used excessive force.

He's holding a news conference at the police station Friday to address what he called "lies and misinformation" put out by the department.

"I was drenched in pepper spray and hit with a baton when police rushed non violent protesters. Medics trying to assist injured protesters were tear gassed. At no time were police threatened nor did they come under attack in any way,” Gray said in a news release.

“The police called ‘writing on two pieces of plywood' 'destruction of property' and use that as a reason to viciously attack protesters. There can be no real Police Reform as long as police officers continue to conduct themselves as thugs."