Literally, we're taking you inside a coffin. Join us in real time using the #JeanieInACoffin. 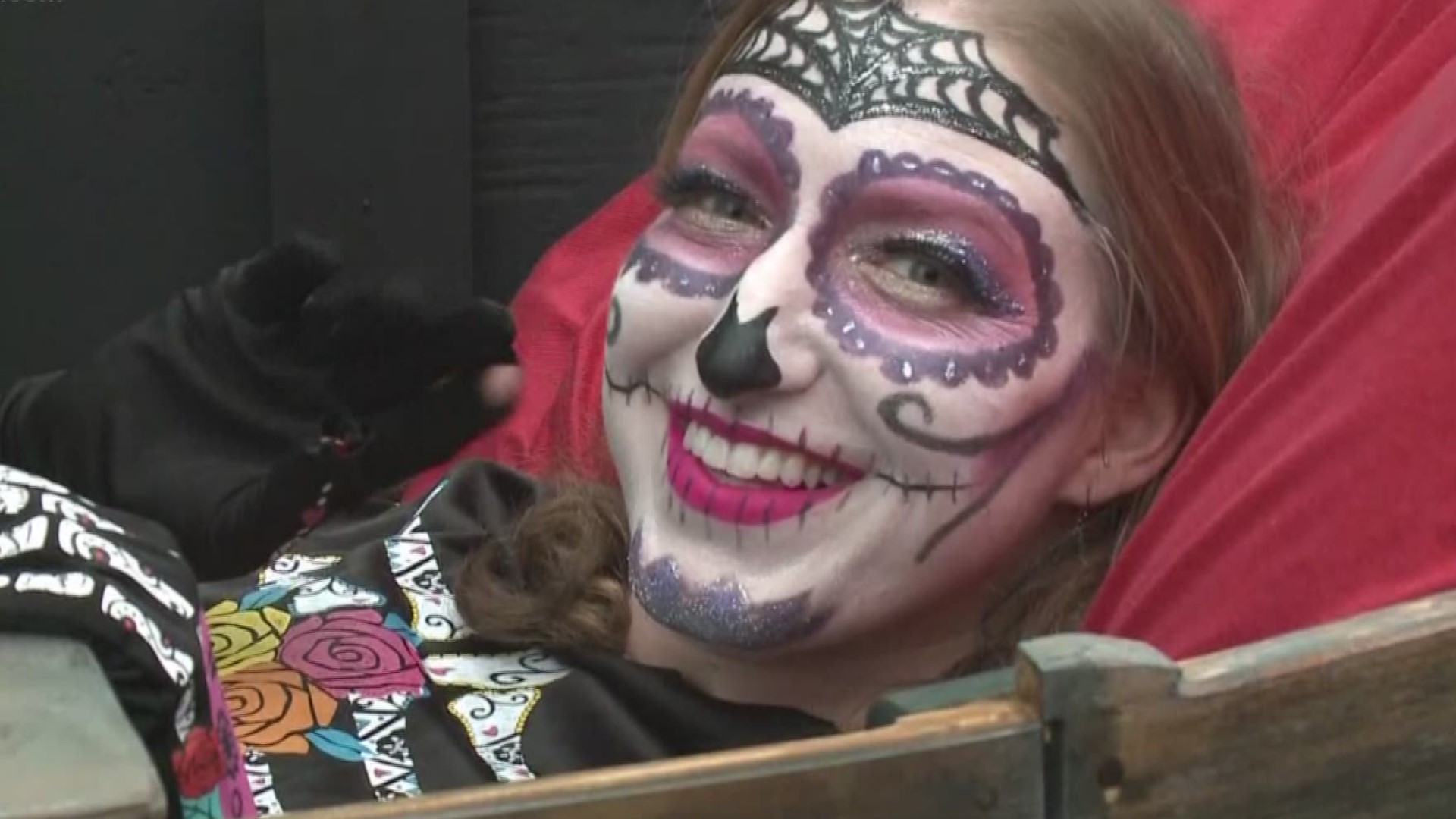 EUREKA, Mo. — Fright Fest at Six Flags St. Louis is ramping up the spooks this Halloween season with a contest that’s ‘to die for’ — a 30-hour 'Coffin Challenge' to celebrate 30 years of screams.

Check out our Facebook page for live updates from the challenge.

Six Flags St. Louis announced the contest on its Facebook page last month, and within 12 days, 45,229 people from all around the country applied to take part in the spooky challenge.

WHO ARE THE BRAVE SOULS COMPETING IN THE CHALLENGE?

Of those applications, only six "lucky" people were selected. Everybody that was chosen is from the Midwest, ranging from Illinois to Indiana. Only one person calls Missouri home.

5 On Your Side social media manager, Jeanie Smith, decided she was up for the challenge and is doing the entire 30 hours without the chance to win anything. You can follow along for all of the behind-the-scenes on Facebook, Instagram, and Twitter by searching the hashtag #JeanieInaCoffin.

Contestants can do 'creepy challenges' to get extra time out of the coffin! In the first challenge, "tarantulas" were put on the contestant's bodies... Click here to watch.

WHY IN THE WORLD WOULD ANYBODY SIGN UP FOR THIS?

Everyone who makes it through to the end will get $300, 2019 Gold Season Passes, a Fright Fest prize package, two VIP Haunted House passes, tickets to ride the Freak Train and – of course, their coffin.

Yes, participants get to keep their coffins.

Join us in real time using the #JeanieInACoffin.

Credit:
Jeanie in a coffin

Stopped by the Six Flags coffin challenge and saw Jeanie from 5 on your side! @AndyNicholson96 #Jeanieinacoffin pic.twitter.com/qzp7dweFNZ

MMWA wrestler from Arnold, MO... Brian Johnson uses his time out of the coffin to hug his 8-year-old daughter. He looks tough, but is a big teddy bear. #CoffinChallenge #JeanieInACoffin pic.twitter.com/BR010Ji4Sa

Do you think you could last 30 hours inside a coffin for the @sixflagsstlouis #CoffinChallenge. Follow along here on @Twitter, @facebook and @instagram as my friend @JeanieSmithKSDK has 9 hours to go! You can also see how everyone else did on @ksdknews! #JeanieInACoffin ⚰️ pic.twitter.com/SzFV7uH3TS